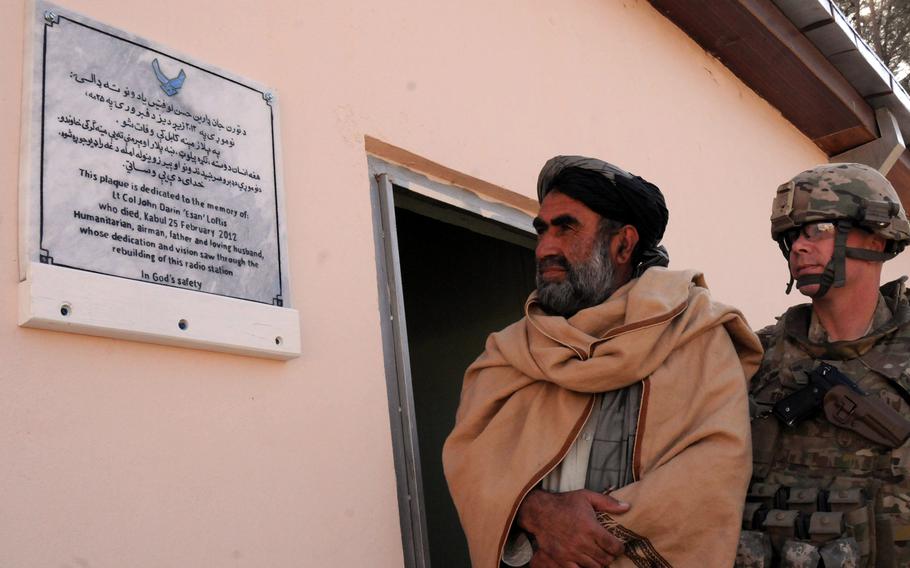 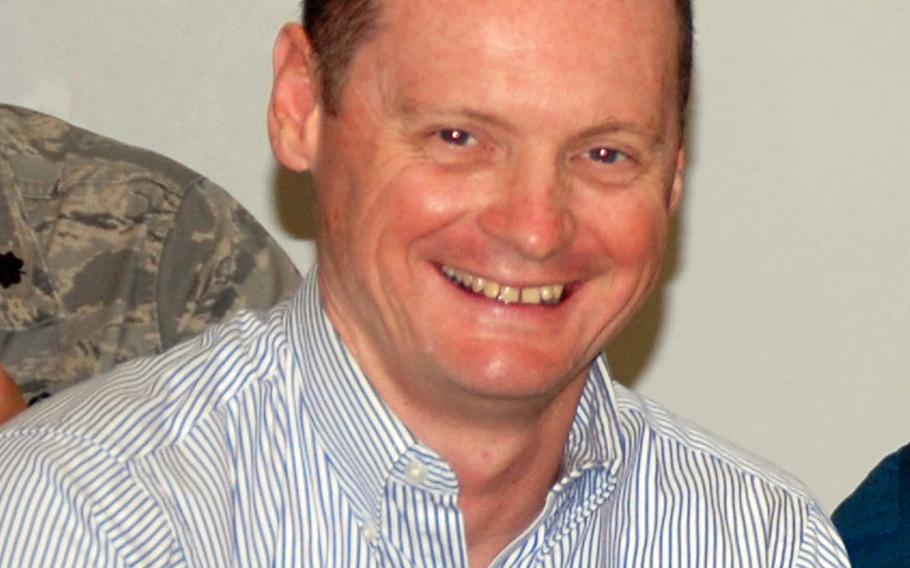 He could recite the poetry of Rahman Baba in Pashto. He used his skill with words to turn Afghan strangers’ cautious stares into friendly smiles. It’s been said he was on a first-name basis with many of the local base workers he encountered, once even visiting the guard towers on a major Islam holiday to bring cheer to the solitary Afghan guards.

By all accounts, Air Force Lt. Col. John Darin Loftis was passionate about the Afghan people and their culture, an officer bound by a sense of duty to help others. Those who knew him say his Pashtun name, pulled from a hat, was fitting: Esan, meaning generous.

“He said his best days in Afghanistan were the days he spent interacting with the Afghan people,” said Loftis’ widow, Holly. “People would be so excited that this American knew Pashto and could talk to them in their own language; he loved that part of it.”

Loftis was caught in the crosshairs of a cultural misunderstanding for which the 44-year-old father of two paid his life.

On Feb. 25, 2012, days after U.S. troops at Bagram Air Base burned copies of the Muslim holy book, Loftis was killed, shot in the back of the head while sitting at his desk inside the Interior Ministry in Kabul.

On his second deployment to Afghanistan, Loftis was working as the chief plans adviser for the International Security Assistance Force, where he interacted with the Afghan National Police. Also shot and killed in the attack inside the heavily guarded building was Army Maj. Robert Marchanti II of the National Guard.

The gunman, reportedly an Afghan ministry employee, fled, while the Taliban claimed responsibility, saying the killings were retribution for the desecration of the Korans.

But perhaps of greater tribute was the naming of two places in two countries in his honor, gestures that symbolize Loftis’ efforts to bridge the divide of two cultures.

On Feb. 25, 2013 -- exactly one year after his death -- the U.S. Air Force Special Operations School, part of Air Force Special Operations Command, Hurlbert Field, Fla., dedicated Loftis Auditorium. The 160-seat auditorium is the school’s largest, a place where Loftis once taught and lectured airmen preparing to deploy on Southeast Asia cultural sensitivity and basics of Islam.

In January, about 7,700 miles from the Loftis Auditorium, the Qalat Radio Station in Zabul province was dedicated to Loftis’ memory upon its completion by the Zabul Provincial Reconstruction Team.

During Loftis’ first deployment to Afghanistan in 2009, Holly Loftis remembers seeing photographs her husband showed her of the old station. “It literally was a shack,” she said.

“He talked about how important radio is in a country where such a small percentage of people can read and write. Radio is really important to get information out to the people. I think that that was a cause that was near and dear to his heart,” she said.

Bismullah Lodin, director of the Qalat Radio Station, said in a recent Air Force interview in Afghanistan, that Loftis helped him hire staff and get computers and other equipment for the radio station.

“Everyone loved him here,” he said. “We work with so many different colonels, but there was no one like him.”

Loftis’ ability to engage with Afghans in their own language helped him stand out from other officers. At one point, Loftis was one of only three Air Force officers in Afghanistan to speak Pashto, one of the two official languages of Afghanistan. [Aside from Pashto, Loftis had skills in Dari, Farsi, Arabic and Catalan, according to the Air Force.]

Loftis learned Pashto in 2007 after being selected to become a regional affairs strategist, an Air Force program that trains officers in foreign language proficiency and cultural understanding of the particular region they’ll serve.

The career space and missile officer was well-suited to the assignment, said Holly Loftis.

At Vanderbilt University, Tenn., where Holly Loftis met her future husband the first Monday of their freshmen year, Loftis studied engineering. But he and Holly as sophomores lived on the Spanish hall of the foreign language dorm, she said.

After graduation, the couple, by then married, served in the Peace Corps, spending two years in Papua New Guinea with the Duna Tribe, where they spoke Melanesian Pidgin.

“It has been a really rough year,” Holly Loftis said of dealing with her husband’s death. The couple’s daughters are 11 and 14.

Loftis, she said, was committed to his family but also felt strongly about the work he was doing in Afghanistan.

“He truly cared,” she said. “He poured himself, everything into it, because of that. He was a wonderful husband and a great father and a great American.”