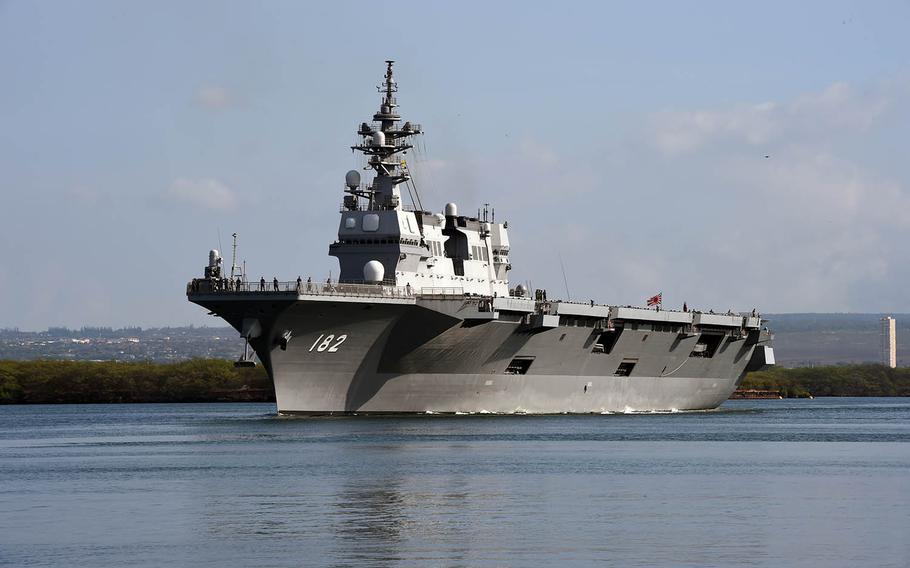 Japan plans to build as many as a dozen new patrol vessels for its Maritime Self-Defense Force starting in 2022, a Defense Ministry spokesman said Wednesday.

The warships will likely have about 1,000 tons of standard displacement with about 30 crewmembers. Exactly how many will be built has yet to be determined but guidelines approved by Japan’s Cabinet in December state that the aim is to introduce 12 patrol vessels, a Defense Ministry spokesman said Wednesday.

Construction of the first ship will begin in the fiscal year 2022 with the ship to be commissioned two years later, he said.

The announcement comes amid a dispute between Japan and China over territory and mineral rights in the East China Sea.

The new ships could carry out reconnaissance and surveillance missions, freeing up destroyers for other work, the spokesman said.

The South China Morning Post reported Tuesday that Japanese destroyers had patrolled waters off the Japanese-held Senkaku Islands, referred to as Diaoyu by the Chinese and also claimed by Taiwan.

The Defense Ministry spokesman said officials are still discussing where they might deploy the new ships.

“We have made a decision to introduce patrol vessels to accurately address intelligence, surveillance and reconnaissance missions that are increasing in recent years,” the spokesman said.

Jeff Kingston, director of Asian Studies at the Tokyo campus of Temple University, said Japan wants to send a message to China that it can’t be bullied into giving up territory.

“One can also imagine down the road that Japan might be interested in providing small ships to countries in Southeast Asia,” he said, noting China’s clashes over territorial waters with nations such as the Philippines.