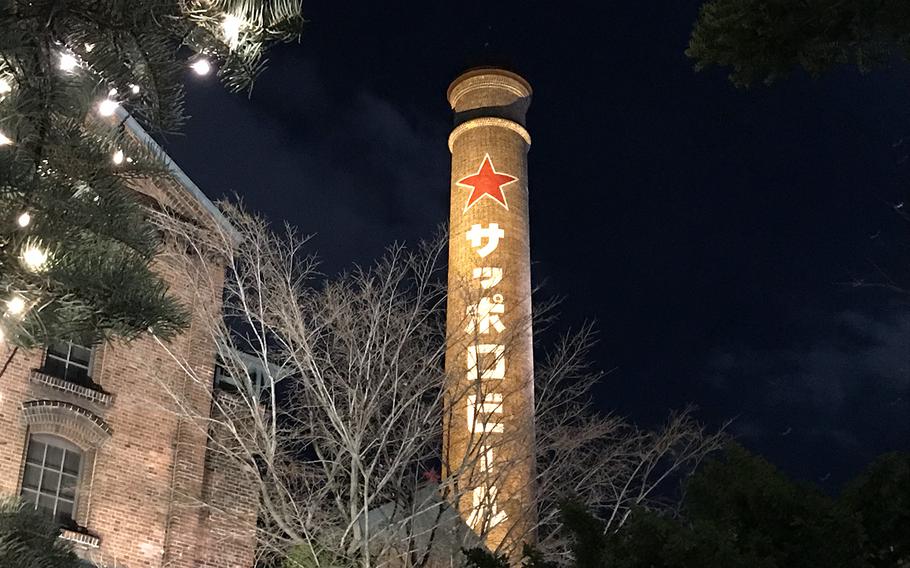 Buy Photo
A smokestack on the Kaitakushi-kan, a former sugar factory that houses a beer museum, is emblazoned with the Sapporo Breweries star and the words “Sapporo Beer” in Japanese katakana characters. (Seth Robson/Stars and Stripes)

Buy Photo
A smokestack on the Kaitakushi-kan, a former sugar factory that houses a beer museum, is emblazoned with the Sapporo Breweries star and the words “Sapporo Beer” in Japanese katakana characters. (Seth Robson/Stars and Stripes) 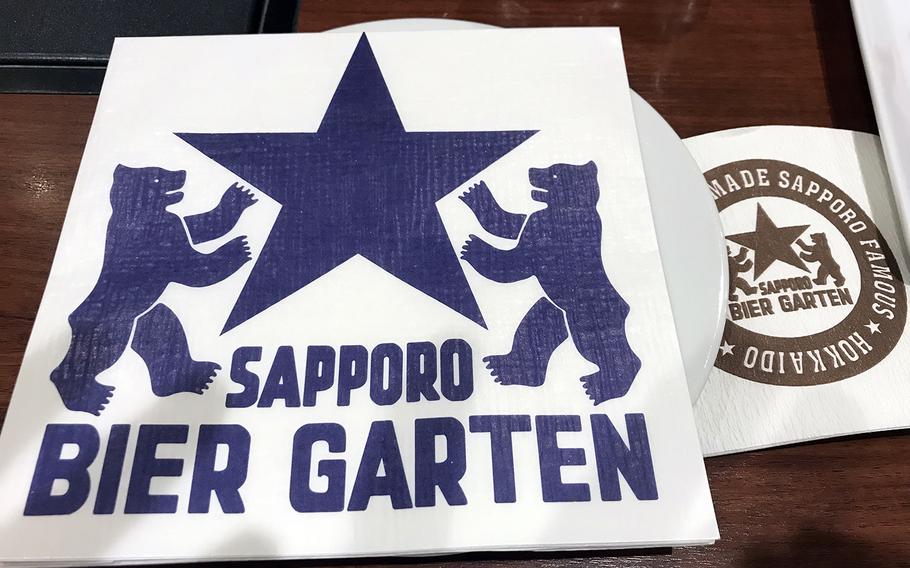 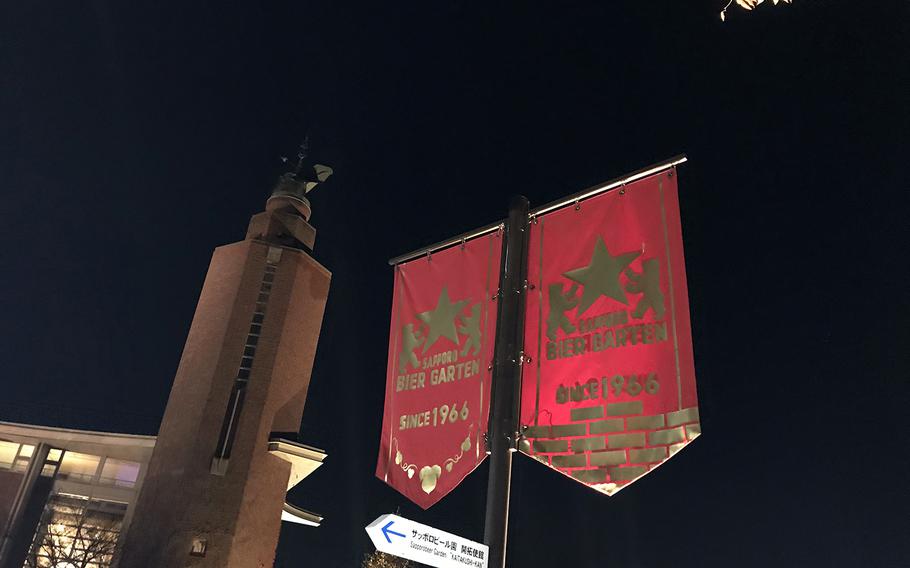 Buy Photo
Japan’s oldest beer company is Sapporo Breweries, which began producing in 1876. You’ll see its distinctive star emblem on cans and bottles all over the world, but if you want to taste its best brews you need to travel to the island of Hokkaido, where the company started. (Seth Robson/Stars and Stripes) 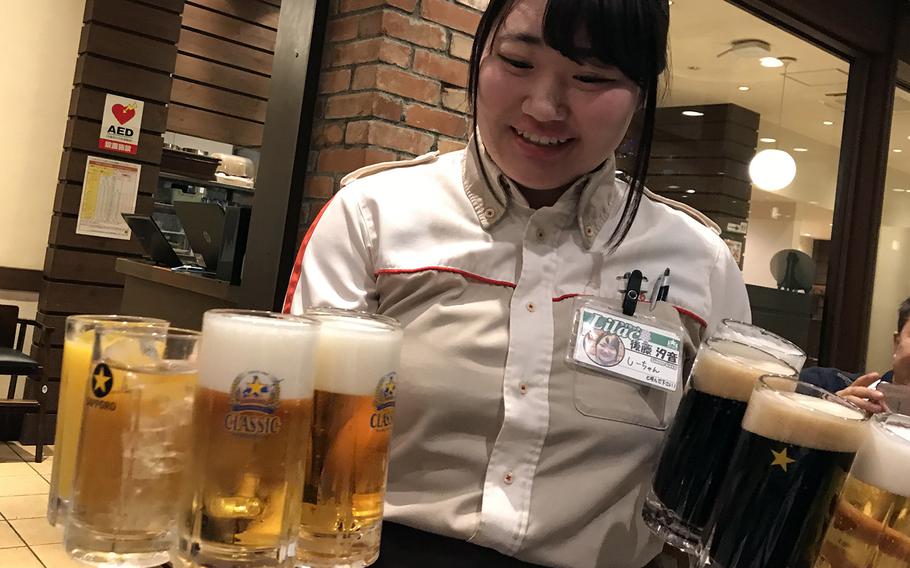 Buy Photo
At the Sapporo Beer Garden, you can order stein after stein of the famous brand’s beverages and even try “Sapporo Classic” – a draft that’s only available on Hokkaido. (Seth Robson/Stars and Stripes) 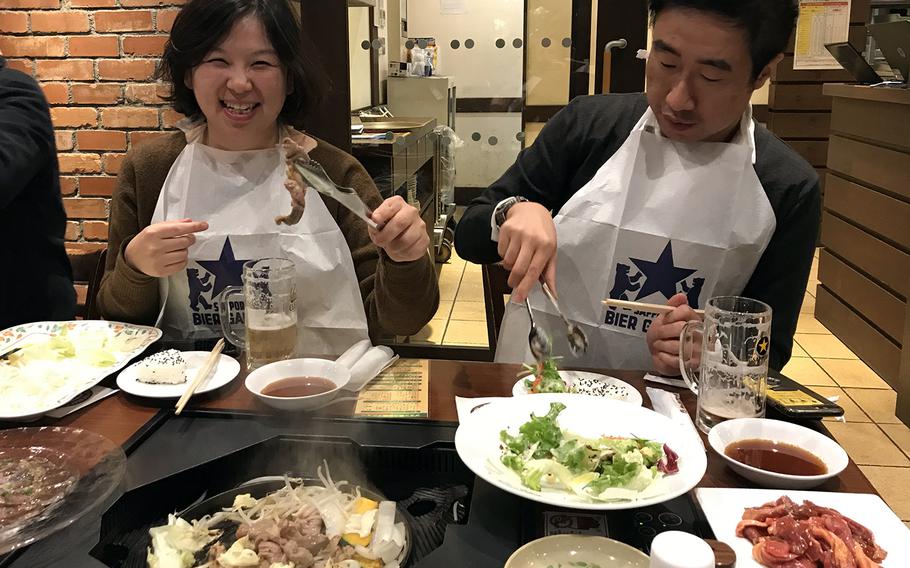 Buy Photo
Sapporo Beer Garden serves the “Genghis Khan," a traditional Hokkaido barbecue of fresh lamb and vegetables cooked on your table in a metal skillet. (Seth Robson/Stars and Stripes)

All over the world, even entry-level beer lovers will recognize Sapporo Breweries’ distinctive star emblem on its cans and bottles.

In order to sample the company’s best brews, however, you’ll have to travel to Japan’s northernmost island of Hokkaido, where Sapporo began producing its famous eponymous beer in 1876.

At the Sapporo Beer Garden, located several minutes’ walk from Sapporo Station, you can order stein after stein of the famous brand’s beverages. You can even try “Sapporo Classic” — a special brew that’s only available on Hokkaido.

The German-style beer garden isn’t a singular restaurant, but rather a collection of five differently themed drinking halls and restaurants located on the grounds of the Kaitakushi-kan, a former sugar factory that’s now home to the Sapporo Beer Museum. The old factory’s smokestack is hard to miss, emblazoned with the Sapporo logo and the words “Sapporo Beer” in Japanese.

Japan’s adoption of the Bavarian-style beer hall might seem strange on the surface — but Sapporo has plenty in common with Munich, its sister city since 1972. Both cities played host to the Olympics, and both provide easy access to winter sports.

The beer gardens are the perfect place to warm up and refuel on a cold night in Sapporo. Outside, it might be snowing — but in the restaurant, there’s plenty of warmth, good food and top-notch beer.

The restaurant I visited had large glass windows with a nice view of the beer factory and trees lit up with Christmas lights. There weren’t any other Western customers, but the waitress could carry as much beer as a German.

The Sapporo Beer Garden’s specialty is “Genghis Khan,” a type of traditional Hokkaido barbecue of fresh lamb and vegetables cooked directly on the table in a metal skillet.

The meal is a timed all-you-can-eat affair, with options varying in price from as low as 2,900 yen (or about $26.20) for adults and 1,450 yen for children ages 7 to 12. For a more upscale dining experience, head to the outpost at Trommel Hall on the first floor for a feast that includes unlimited king crab and snow crab. This deluxe all-you-can-eat affair will set diners back 5,680 yen for adults and 2,840 yen for kids — not including drinks. (Both menus include an all-you-can-drink option for an additional fee.)

If you don’t like the taste of lamb, a seafood option is available. However, the lamb served in Sapporo Beer Garden’s Genghis Khan meal is so delicious, you’d be missing out on something fantastic.

Whether you visit Sapporo in the depth of winter, or during the more pleasant summer months, the Sapporo Beer Garden is the perfect place to taste and enjoy an important part of Hokkaido’s local culture.