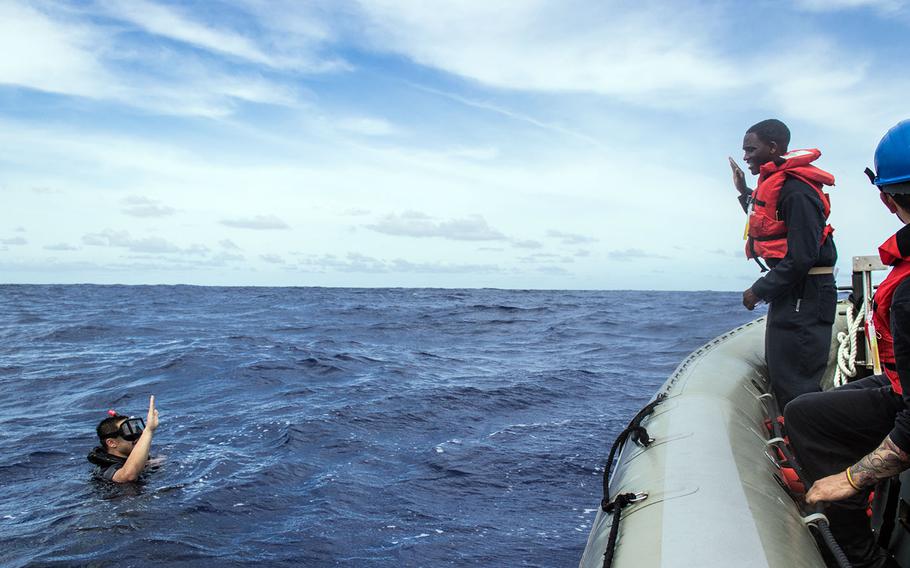 YOKOSUKA NAVAL BASE, Japan — A sailor serving aboard the USS Chancellorsville has become the first Filipino-American to re-enlist in the Philippine Sea, according to the Navy.

Petty Officer 2nd Class Trevor Scudder, an operations specialist assigned to the Yokosuka-based guided-missile cruiser, took the oath on June 10 while afloat in the sea in his search-and-rescue gear.

The Chancellorsville has been participating in Malabar 2018 — a nine-day training exercise on land and at sea with India and Japan that was scheduled to wrap up on Saturday — along with fellow cruiser USS Antietam, the guided-missile destroyer USS Benfold and the aircraft carrier USS Ronald Reagan. The Indian Navy and the Japan Maritime Self-Defense Force both sent three ships.