Issues surrounding chaplain are not theological 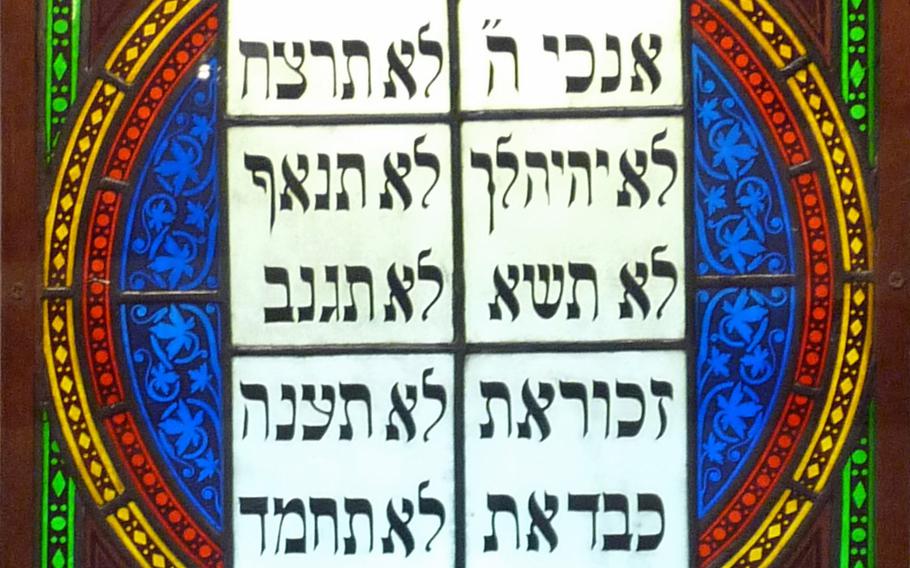 An artistic representation of the 10 Commandments as displayed in a Strasbourg, France, museum. (WikiMedia Commons)

It is ironic to have to remind the Rev. Tommy Vallejos of one of the Ten Commandments — not to lie.

First, no one, to include the Military Religious Freedom Foundation, is “persecuting” Chaplain (Captain) Sonny Hernandez for his “personal faith.” Second, the reverend’s claim that the Air Force did not follow up on MRFF’s complaints against Hernandez is likewise demonstrably false — all he had to do was read the Sept. 22 article in Stars and Stripes (“Air Force: Investigators reviewing statements by outspoken chaplain Hernandez,” Sept. 22 on stripes.com, Mideast edition Sept. 23) which noted that, “the Air Force is reviewing IG complaints made against Hernandez that were referred to the Air Force Inspector General’s office.”

The issues surrounding Hernandez are not theological, they are basic constitutional issues as applied to U.S. military members — something that Vallejos and Hernandez either do not or refuse to accept.

The reverend is mistaken in his claims that Hernandez is “under attack for [his] personal faith.” Both the First Amendment to the U.S. Constitution and military law allow and protect anyone’s personal beliefs, whether they be Christian, Muslim, Wiccan or even no beliefs, and the MRFF has never argued to the contrary.

With respect to Hernandez, it is his conduct — not his beliefs — that is at issue. When one dons the uniform of our military, the servicemember simultaneously sheds a small portion of the First Amendment’s protections, again something that the reverend and Hernandez apparently do not understand.

One can believe in whatever religion one wants to in our military or have the freedom to believe in no religion — again, that is not the issue here. The problem is quite simple. Hernandez, were he a civilian, could preach, teach or otherwise espouse whatever religious dogma he feels compelled to.

While it may be legal in some states to now smoke marijuana, it remains a crime under the UCMJ. The point here is that military law, formed under Article I, Section 8, of the Constitution is more restrictive than laws affecting civilians.

In Sonny Hernandez’s case, and what Vallejos complains about, Hernandez’s public comments are the problem and it is important to remind people of just what he said: “Christian servicemembers who openly profess and support the rights of Muslims, Buddhists and all other anti-Christian world views to practice their religions … are grossly in error and deceived. Christian servicemembers must … not support unbelievers to worship their false gods that will lead them to hell,” while identifying himself as an Air Force chaplain.

As a commissioned officer Hernandez has a sworn duty to “support and defend” our (not his) Constitution 24/7.

He does not get to pick and choose which sections of the Constitution that he will support or when.

It is not for him as a commissioned officer, much less a chaplain, to denigrate any other religion or servicemember who does not believe the way he and Vallejos believe. That includes agnostics, atheists or whatever. Nor is it Hernandez’s decision that he does not have to comply with Air Force Instruction 1.1, which prohibits discrimination on the basis of inter alia, one’s religion.

That AFI also commands Air Force members (to include Hernandez) to maintain “respect for others regardless of race, color, religion, gender” etc.

What Hernandez advocates is proselytizing his beliefs — something that both the First Amendment in the military context and AFI 1-1 prohibit.

His choice is simple — if he does not agree with the restrictions that the Constitution and military law place on him, he can resign his commission and give up his military legal status; or, he can comply with the law as every airman, officer or enlisted member is obligated to do.

Rehkopf served as a military lawyer for more than 28 years on both active duty and as a reserve Individual Mobilization Augmentee. His civilian practice concentrates in military law matters and he represents the MRFF in the matters pertaining to the DOD/USAF investigations of USAF Chaplain (Captain) Sonny Hernandez.