Iruma: Once home to US forces, Japanese base retains its American feel Buy Photo
Mikie Takahashi, proprietor for the Mellow Food Cafe, stands next to some colorful wood siding, an original element recycled from old U.S. military family housing on Johnson Air Base. Takahashi, pictured Oct. 10, runs her business inside Johnson Town, a co-op outside Iruma Air Base in Saitama, Japan. (Toshio Suzuki/Stars and Stripes) 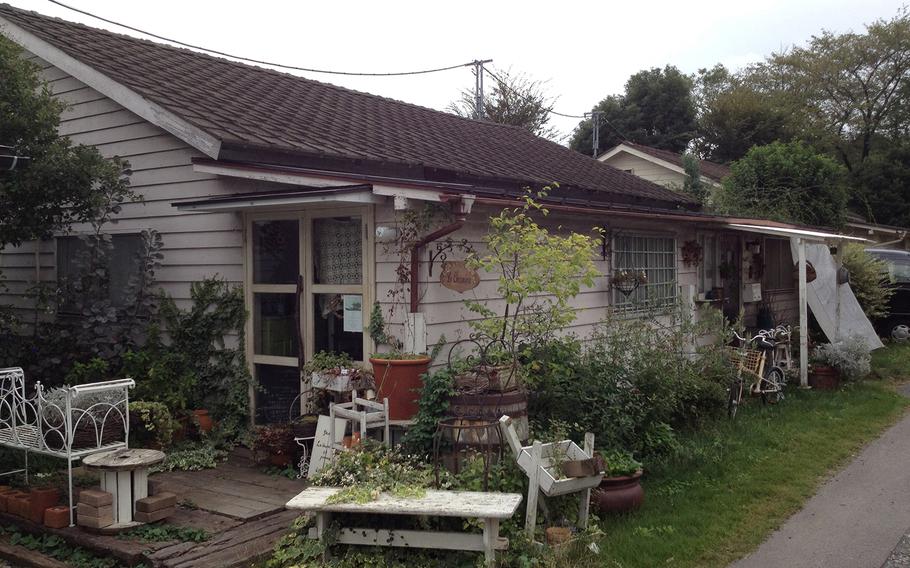 Buy Photo
An old single-family home, built by the U.S. military for Johnson Air Base after WWII, is now a mixed-use space inside Johnson Town that includes a florist. (Toshio Suzuki/Stars and Stripes) 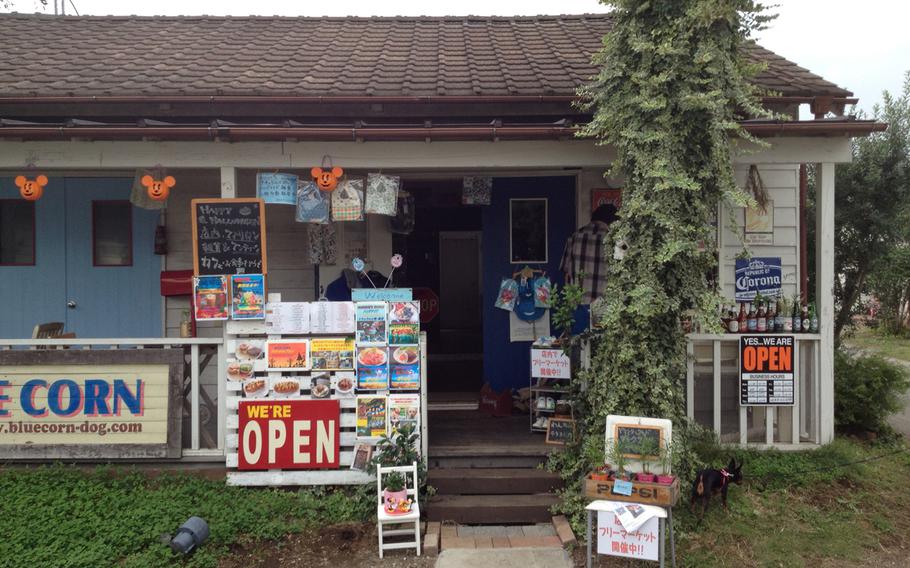 Buy Photo
Beers, burgers and dogs are available at the Blue Corn restaurant, an American diner experience at Johnson Town. The shopping and housing area is named after the old U.S. Johnson Air Base in Saitama, Japan, which is now Iruma Air Base of the Japan Air Self-Defense Force. (Toshio Suzuki/Stars and Stripes)

A trip to Japan’s Iruma Air Base of present day and America’s Johnson Air Base from post-WWII is possible, in a sense, on the same day next month.

Iruma Air Base, outside of Tokyo, is hosting its annual air festival Nov. 3, coinciding with Japan’s nationally observed Culture Day.

After WWII, Iruma became Johnson Air Base for a few decades, and remnants of the American military — fabricated and authentic — still exist in the surrounding community.

One such example is a business and living co-op called Johnson Town.

Just outside the southwest fence line of the Japan Air Self-Defense Force base, Johnson Town is a sizable cluster of upgraded old U.S. military homes and newer houses built to imitate the same postwar period size and style.

The shops and living spaces, mostly single story, are all painted in similar shades of off-white and are connected by paths and walkways. An adjacent park, tree-lined streets and green lawns give that suburban American feel. Perhaps the most American element of all is the abundant parking.

The U.S. military built the single-family homes at their mainland bases in Japan and Okinawa, and many still exist — in some capacity. The size, layout and common addition of a yard or garage make the homes a unique fixture within the Japanese housing market.

The Johnson Town homes are no different, but have undergone extensive improvements to the walls and insulation, even adding some earthquake resistance, according to the business operation’s website.

Mikie Takahashi, owner of the Mellow Food Cafe, which was renovated from an old U.S. military home, said the overhead beams and some colorful siding panels that adorn her bar are the only remaining original elements of the home.

In addition to fusion cafes like Takahashi’s, there are American, Japanese and Korean restaurants within Johnson Town.

After a bite to eat, enjoy shopping for Western knickknacks, British antiques or maybe something at the Australian hemp shop.

But don’t shop too long, because the Iruma Air Festival only flies from 9 a.m. to 3 p.m.

The most exciting attraction each year is undoubtedly Blue Impulse, the JASDF’s aerobatic demonstration team. Similar to the Navy’s Blue Angels, they fly their sleek jets — in this case, the Kawasaki T-4 — in unison at top speeds.

The Blue Impulse is also known for drawing stars and hearts in the sky, so hopefully the weather holds up for their performance, which is scheduled from 12:45-2 p.m.

The air festival will take place rain or shine, but performance aircraft could be affected by inclement weather, according to the base.

There also will be flight performances by F-15s and a parachute unit jumping from C-1s, as well as other exhibitions of various JASDF aircraft. The JASDF band and taiko drum group are also scheduled to perform during the festival. Visitors will be able to enjoy various Japanese festival foods and shops that sell JASDF goods.

About 250,000 people attended last year’s Iruma Air Festival, and there will be no parking available inside the base at this year’s event. A train ride to Inariyama-Koen Station might be the best option for visitors.

Other than that, follow normal Japan park rules (keep pets in carrying cases, smoke in designated areas) and enjoy the show.