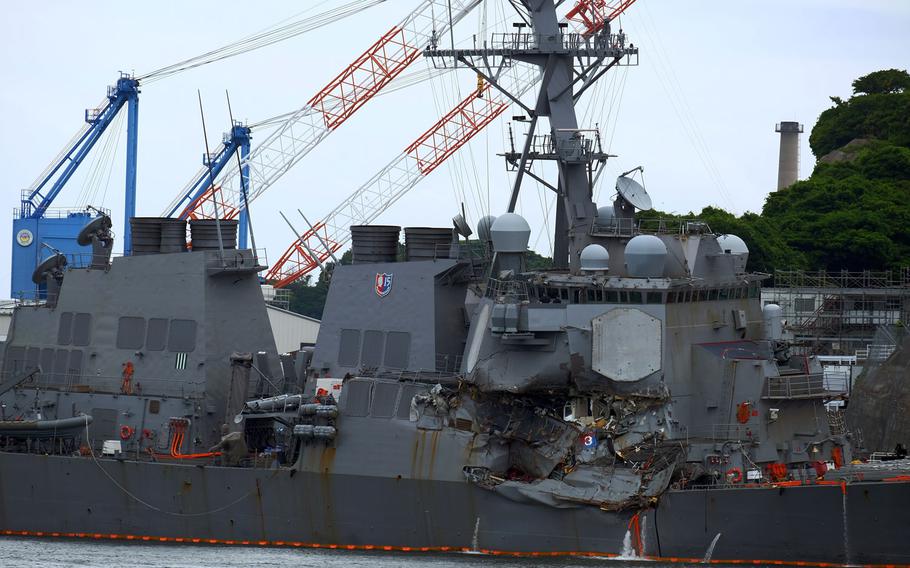 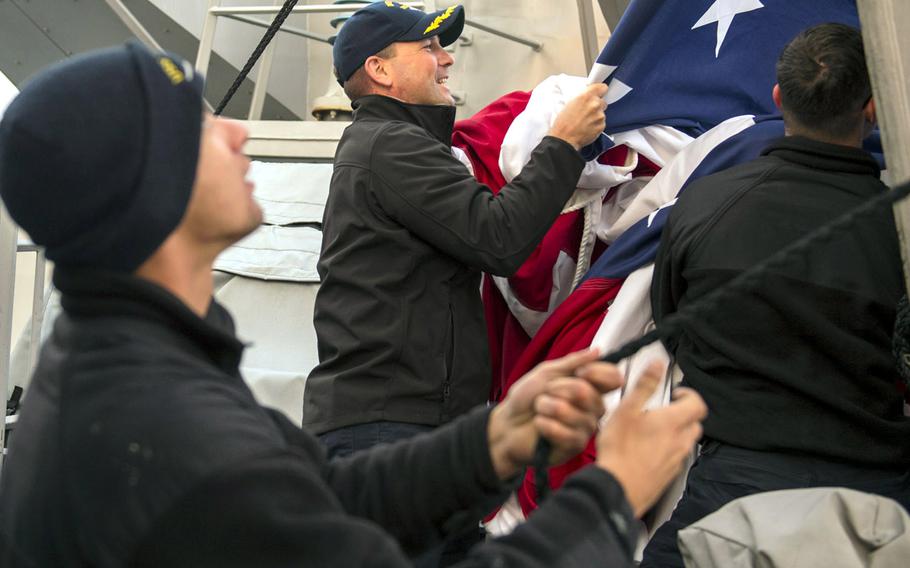 Cmdr. Bryce Benson, commanding officer of the destroyer USS Fitzgerald, brings down the ensign while serving aboard the ship in the Pacific Ocean as executive officer in February 2016. (Eric Coffer/U.S. Navy)

YOKOSUKA NAVAL BASE, Japan – The USS Fitzgerald’s commanding officer has been temporarily relieved of his duties because of medical reasons, Navy officials announced Tuesday.

Cmdr. Bryce Benson was briefly hospitalized in the June 17 collision between the Yokosuka-based destroyer and a Philippine-flagged cargo ship that killed seven Fitzgerald sailors about 64 miles southwest of the naval base. Two other sailors were also injured.

“This is a temporary relief due to medical reasons,” 7th Fleet Spokesman Clay Doss said in an email to Stars and Stripes. “We’re focused on supporting Cmdr. Benson … getting him the resources he needs during the recovery process.” Navy officials declined to discuss Benson’s medical condition, citing privacy laws.

The Fitzgerald was damaged above and below the water line on the starboard side near the bridge after being struck by the cargo ship, which is nearly four times its size.

“His cabin was destroyed,” he said. “He’s lucky to be alive.”

Benson became the Fitzgerald’s executive officer in November 2015 before assuming command of the ship in May, a previous Navy statement said.

Cmdr. Jack Fray of Task Force 70 has assumed command of the ship. Fray had previously served as commanding officer of the USS Howard, an Arleigh Burke-class destroyer similar to the Fitzgerald, the statement said.

Several investigations into the collision are underway.