In World War II photography, the censors had the last word 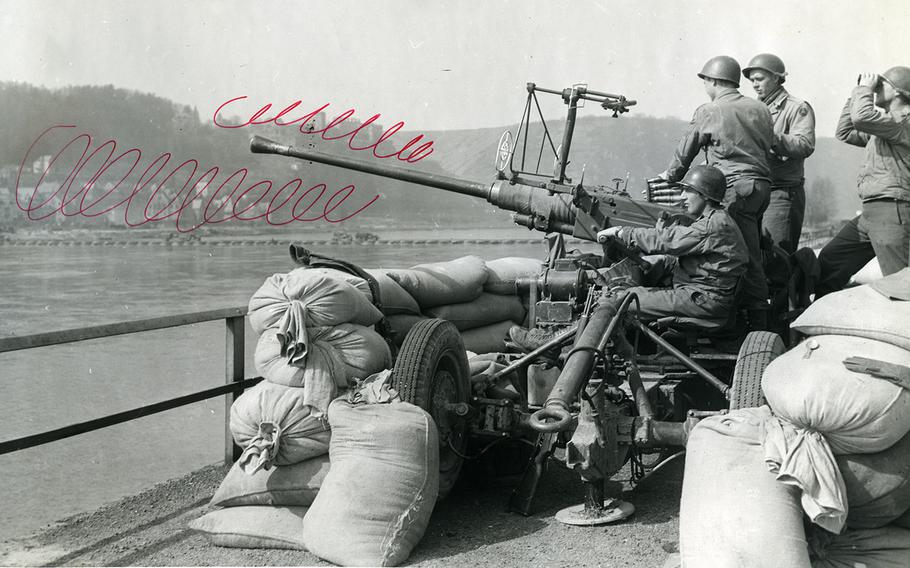 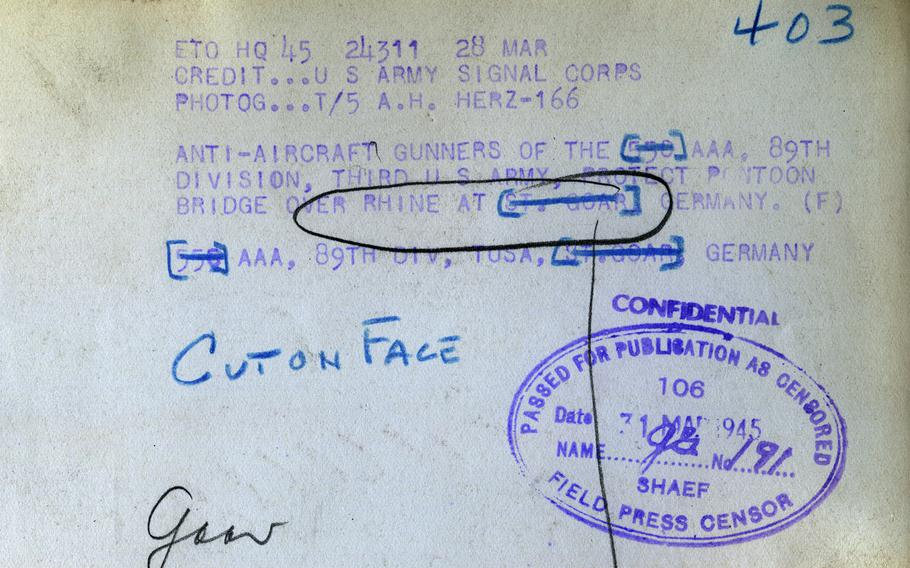 The reverse side of the St. Goar photo, with censor's stamps and markings. (U.S. Army Signal Corps) 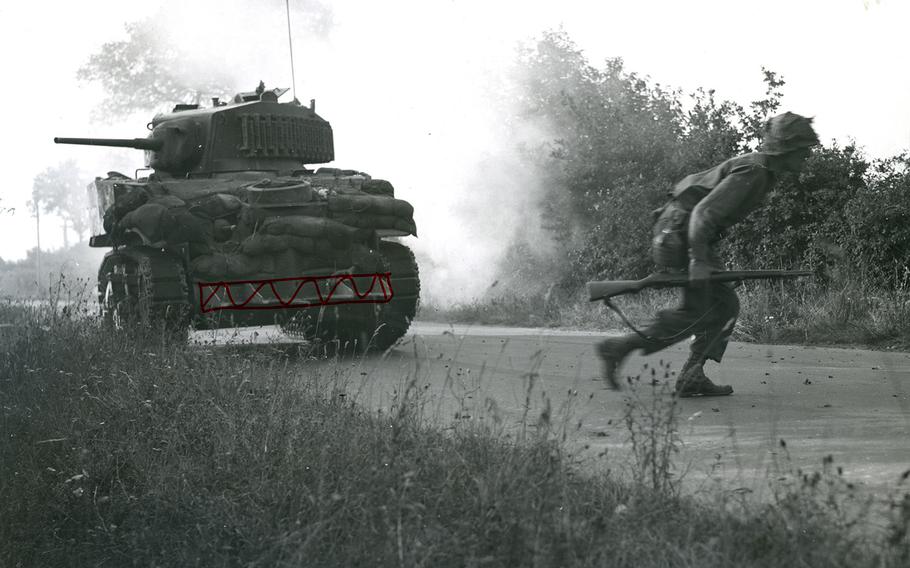 A censor has marked the hedgerow-busting blades on a tank as not suitable for publication. (U.S. Army Signal Corps) 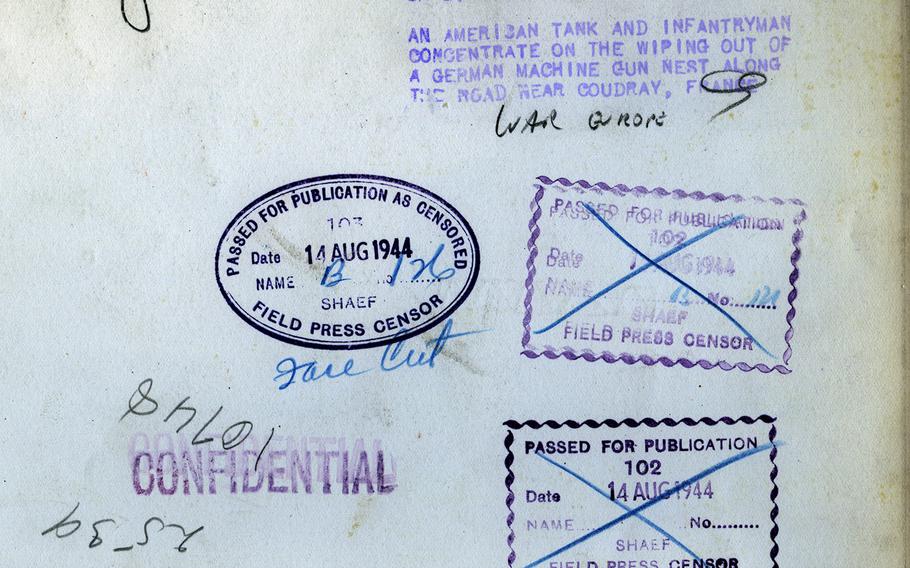 Various censors' stamps on the back of the tank photo. (U.S. Army Signal Corps) 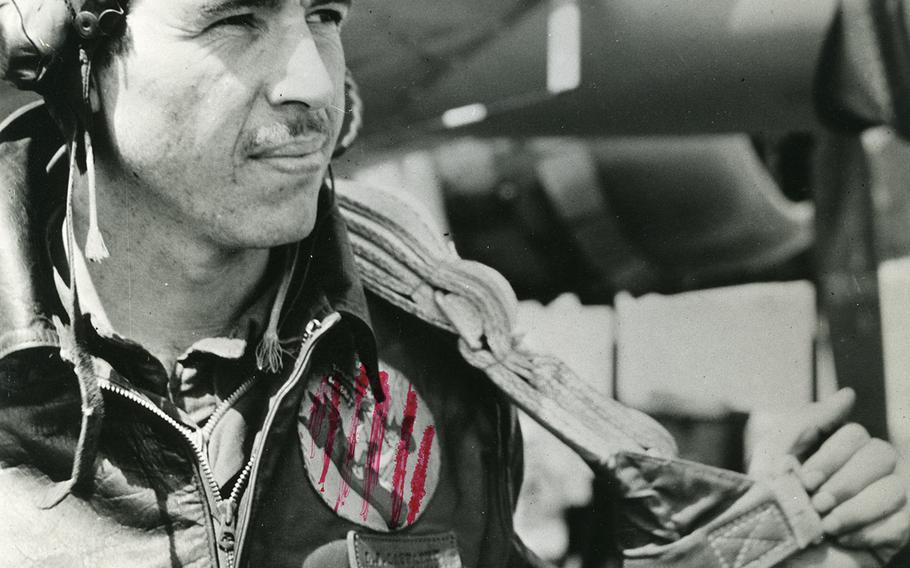 The patch on the pilot's jacket was deemed off-limits by the censor. (U.S. Strategic iAir Forces in Europe) 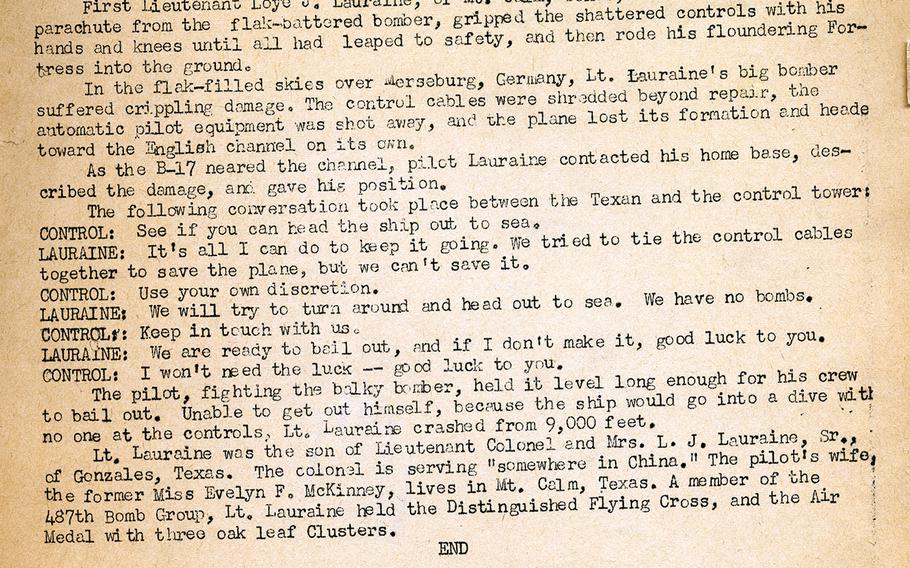 A story -- cleared by the censor -- that accompanied the photo of the pilot. (U.S. Strategic Air Forces in Europe)

As troops moved across Europe after the World War II D-Day invasion, they were accompanied by some of the world's greatest reporters and photographers. They, in turn, were followed by a group that sometimes engaged them in a different (but necessary) battle: The censors.

Words could be crossed out and stories rewritten, but with photos it was more complicated. A censor had to look at every aspect of a photo. A small detail might give the enemy information that could cost allied lives. Wielding a red pen, the censor made sure that didn't happen.

Here are three examples of the censor's work. The marked areas were off-limits for publication.

What were the problems?

On one, the background showed the troops' location (St. Goar, on the Rhine River in Germany), so users were instructed to "cut on face" (of the troops) and eliminate the background. The caption was also made more generic.

On another, a patch on a pilot's jacket gave too much information, in the censor's view.

The third shows a tank following a soldier in battle. On the tank are the special blades that enabled them to cut through the hedgerows that slowed down the advance and endangered the tank crews' lives. No, said the censor.