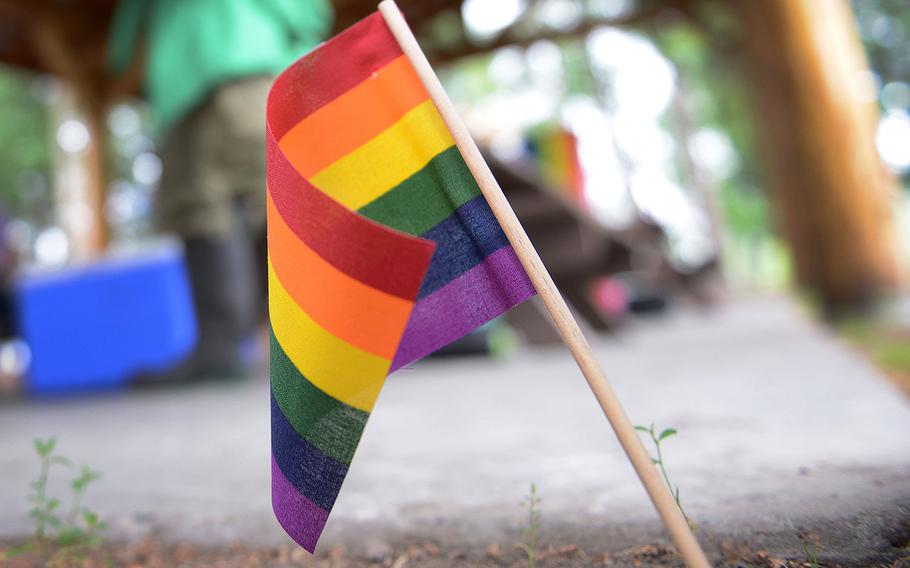 A novice at governing, President Donald Trump apparently didn’t consider there might be a right way and wrong way to try to reverse the Obama administration’s policy allowing transgender Americans to serve openly in the military.

Two federal judges have now weighed in to rule the path Trump chose — announcing a ban on transgender servicemembers in a series of tweets, with shaky claims of harmed readiness and ignoring counsel of the Joint Chiefs — almost certainly violated the constitutional rights of current members as well as prospective recruits.

As a result, Trump’s order to force transgender personnel from service next year after a fresh internal study of the issue from the Pentagon, and also to block the scheduled start of recruiting of qualified transgender applicants Jan. 1, are now halted unless the Trump administration can mount a successful appeal.

The separate court rulings came three weeks apart. Both shared stinging rebukes of the way Trump tried to impose the ban, and sharp critiques of arguments by Department of Justice attorneys defending Trump’s actions. Two more court decisions over blocking the ban are pending in other circuit courts.

The preliminary injunction granted Oct. 30 by Judge Colleen Kollar-Kotelly for the U.S. Federal District Court in the District of Columbia enjoins Trump and the Defense Department from enforcing “accession and retention directives” that Defense Secretary Jim Mattis issued in September to implement the formal “presidential memorandum” Trump signed in August, a month after his tweets.

On Nov. 21, U.S. District Judge Marvin J. Garbis in Maryland also issued a preliminary injunction against Trump’s plan to halt recruitment of transgender servicemembers and to discharge those currently serving. Garbis’ order also would prevent the military from denying funding for sex-reassignment surgeries.

Kollar-Kotelly was nominated to the federal bench in 1997 by then-President Bill Clinton. Garbis was nominated in 1989 by then-President George H.W. Bush. Neither judge spared criticism of Trump’s handling of a sensitive and complex issue with tweets that immediately began affecting the lives and livelihood of military members, some of whom served for decades and fought in recent wars.

“A capricious, arbitrary and unqualified tweet of new policy does not trump the methodical and systematic review by military stakeholders qualified to understand the ramifications of policy changes,” Garbis wrote in his decision.

Kollar-Kotelly earlier found “all of the reasons proffered by [Trump] for excluding transgender individuals from the military in this case were not merely unsupported but were actually contradicted by the studies, conclusions and judgment of the military itself.” She added that Trump and government attorneys “provide practically no explanation at all, let alone support, for their suggestion that the presence of transgender individuals may be harmful to ‘unit cohesion.’ ”

Later in the her 76-page decision, Kollar-Kotelly wrote the “discrimination in this case was certainly of an unusual character” given that senior military, after a lengthy review process, had determined that allowing transgender individuals to serve would not have adverse effects, so they could do so openly. Many came out to their commanding officers relying on that pronouncement, she wrote.

“Then, the President abruptly announced via Twitter — without any of the formality or deliberative processes that generally accompany the development and announcement of major policy changes that will gravely affect the lives of many Americans — that all transgender individuals would be precluded from participating in the military in any capacity. These circumstances provide additional support for plaintiffs’ claim that the decision … was not driven by genuine concerns regarding military efficacy,” as Trump claimed both in his tweets and memorandum.

Lawyers for the Department of Justice argued that no transgender servicemembers had standing to sue because they have not been harmed yet. In his memorandum to reinstate the ban, Trump delayed enforcement until March, giving Mattis time to have a new group of military experts study the issue and recommend how to impose the ban. The delay means these members are still protected.

Such arguments “wither away under scrutiny,” wrote Kollar-Kotelly. Trump’s memorandum, she wrote, “unequivocally directs the military to prohibit indefinitely the accession of transgender individuals and to authorize their discharge. This decision has already been made. These directives must be executed by a date certain, and there is no reason to believe that they will not be executed.”

Kollar-Kotelly also found that “the sheer breadth of the exclusion ordered by the directives, the unusual circumstances surrounding the President’s announcement of them, the fact that the reasons given for them do not appear to be supported by any facts, and the recent rejection of those reasons by the military itself strongly suggest that Plaintiffs’ Fifth Amendment claim is meritorious.”

She agrees with the government’s claim that previous studies of transgender service cannot forever bind future administrations from reviewing the issue anew. The president has authority to direct more studies, to re-evaluate the policy and to decide that a transgender ban “is beneficial to various military objectives.”

That’s not what Trump did, however, she wrote. Instead, “the rights of a class of individuals were summarily and abruptly revoked for reasons contrary to the only then-available studies.”

Jennifer Levi, an attorney representing transgender plaintiffs before the D.C. Federal Circuit in Doe v. Trump, said the government’s decision Tuesday to appeal Kollar-Kotelly’s decision signals that the administration “is more committed than ever to demeaning and stigmatizing transgender servicemembers.”

In a phone interview, Levi said, for now, the ruling prohibits the military from enforcing the transgender ban “until the case is finally adjudicated on the merits. The preliminary injunction … prohibits discharging anyone who is transgender and requires that transgender people be allowed to enlist starting Jan. 1, 2018.”

Levi said it’s important to transgender servicemembers that the judge recognized how much they contribute to the nation’s defense and “continue to do so, and that they should not be prohibited from serving based simply on who they are.”

A second important part of the ruling, Levi said, was that the judge “saw through the smokescreen the government has been trying to create … that nothing has changed” for these servicemembers since Trump tweeted out the transgender ban, followed by a formal memorandum.

That the president has labeled them as “unfit and incapable” of serving their country, “even though there’s absolutely nothing to support that statement,” puts them “in harm’s way,” Levi said. The government is wrong to pretend otherwise.