'I was just trying to make something happen' 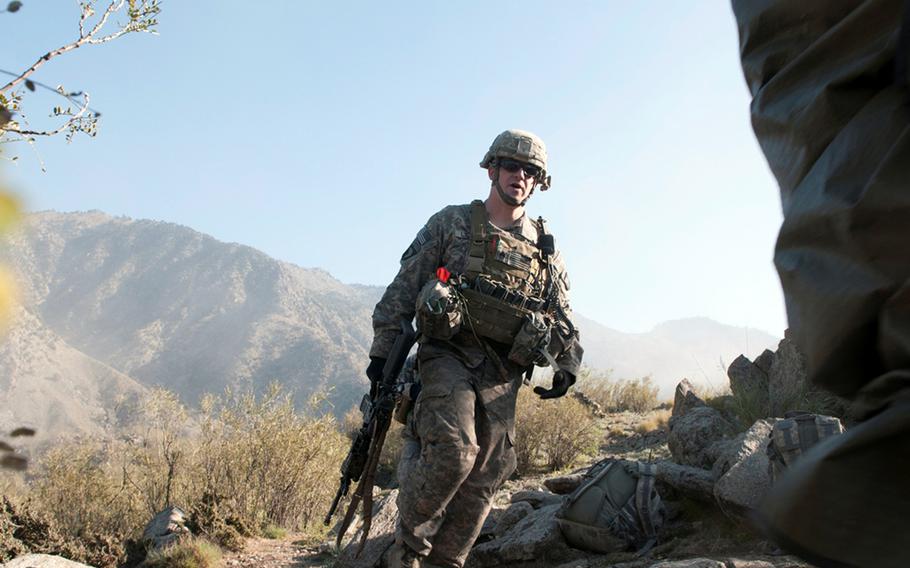 First Class Clint Lyons received the Bronze Star for valor demonstrated during an ambush in Afghanistan's Kunar Valley. During the 2010 battle, Lyons put himself into the line of fire as he fought back against enemy fighters who had his platoon outnumbered. (Courtesy Clint Lyons)

Sgt. 1st Class Clint Lyons knew it was going to get ugly.

As part of Operation Bastogne Overwatch XI, a resupply mission in Afghanistan’s Kunar Valley, Lyons’ platoon was going to set up a blocking position to provide security in contested territory.

“The night before we infilled into our position we flew to the battalion FOB and the commander came down to talk to us,” Lyons recalled. “The colonel came down and asked us how much ammo we brought. We had brought a basic load and he said, ‘No, you’re going to need more ammo. We’re sending you into the hornet’s nest.’ ”

Lyons was serving as a platoon sergeant with the 101st Airborne Division’s 327th Infantry Regiment at the time. While the resupply mission would last for several days, things got really messy for Lyons’ platoon on Nov. 7, 2010.

To ensure that truckloads of supplies could get to the troops, Lyons’ unit had to draw the attention of insurgents, who otherwise would go after the convoy.

“We can fight and they were soft targets,” said Lyons, who now serves as a drill instructor at Fort Jackson, S.C.

For his courage on the battlefield that day, Lyons was pinned with the Bronze Star with “V” device during a December 2012 ceremony at Fort Jackson.

Arriving by Chinook helicopters in the early morning hours, the troops set up their perimeter and conducted an initial security patrol. At the first sign of sunlight, on the eastern ridgeline that leads to Pakistan, the enemy started to fire.

“We couldn’t see where the fire was coming from. The sun was blinding us,” Lyons said. “They waited for that opportunity. That was their tactic.”

Over the radio, which U.S. interpreters constantly monitored for Taliban chatter, the enemy could be heard talking. About 80 insurgents were planning to charge the camp and take hostages, Lyons said.

“We’re like, ‘All right, here we go,’ ” Lyons said. “It got to the point where I looked to my left and saw one of my squad leaders with a look on his face like we are (expletive). We were pretty much screwed.”

With gunfire cracking all around, and the sense that they were outmanned and gunned, there were many concerned faces, Lyons said.

He tried to radio higher headquarters to send in air support, but couldn’t get a connection. The only way to get a better signal was to charge into the line of fire, running toward a better position in the distance.

“Since radio contact could not be established with the control point, Lyons moved over 100 meters under intense enemy fire in order to inform (his command) of the enemy situation,” his medal citation read.

“Lyons continued to perform with extreme valor under fire as he coordinated the successful re-establishment of security west of the (hostile landing zone) to a more defensible position,” the citation stated.

Lyons said he didn’t have time to think about his safety when he bolted across 100 meters while taking enemy fire.

“It was something instinctive,” said Lyons, a native of Gibsonville, N.C. “I can’t really explain it. I was just trying to make something happen.”

The firefight would last eight hours, and by the end of it everyone somehow made it out alive, Lyons said.