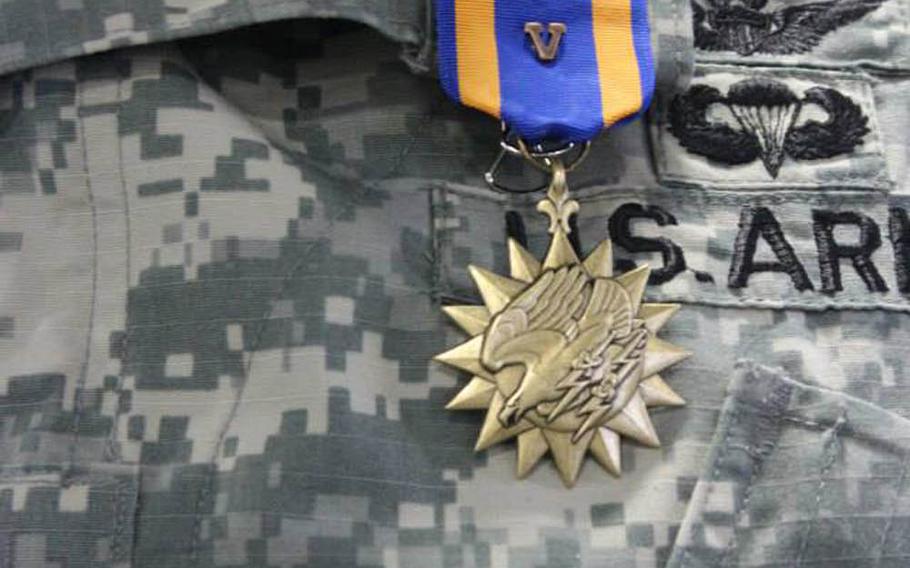 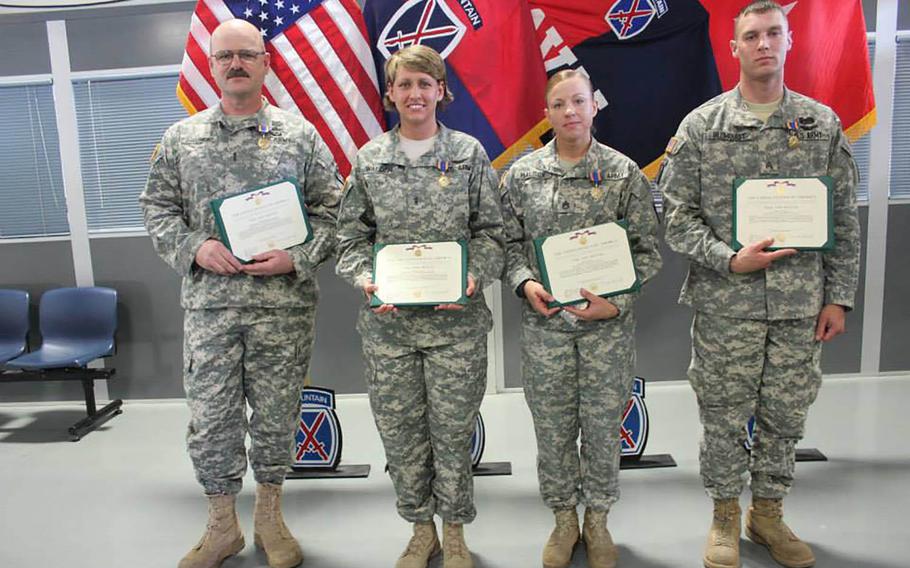 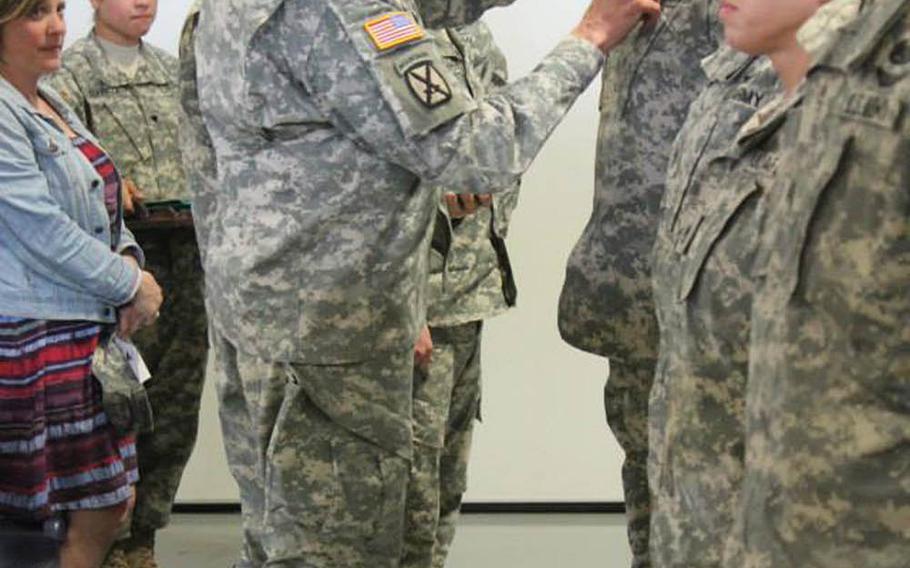 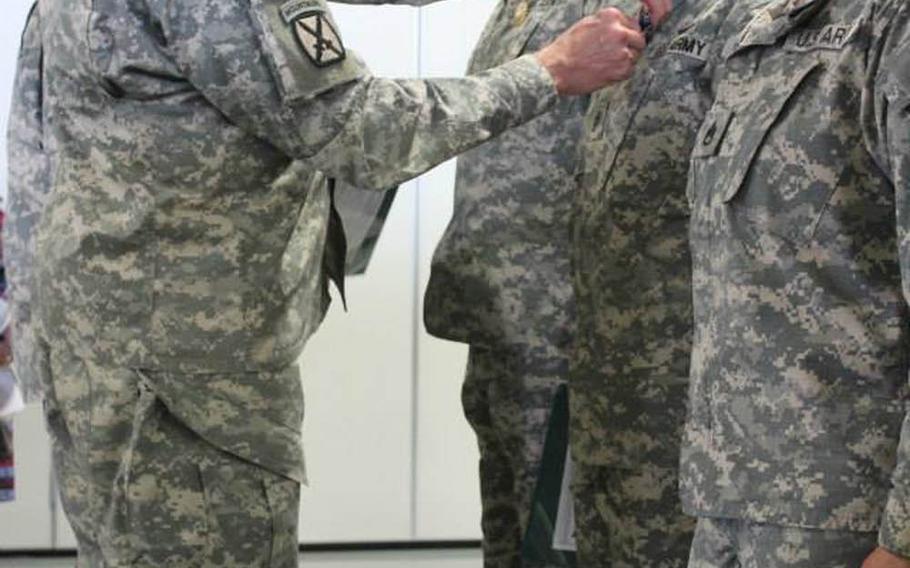 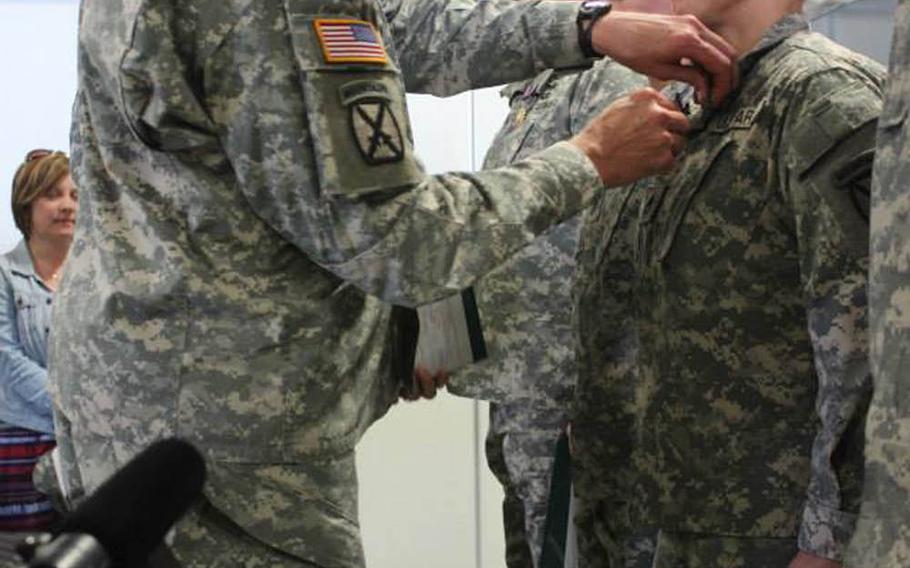 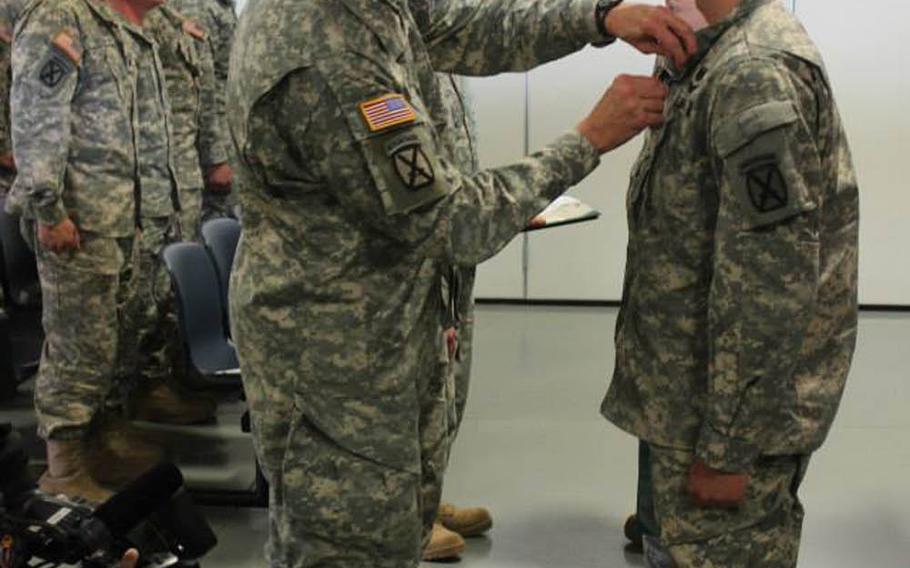 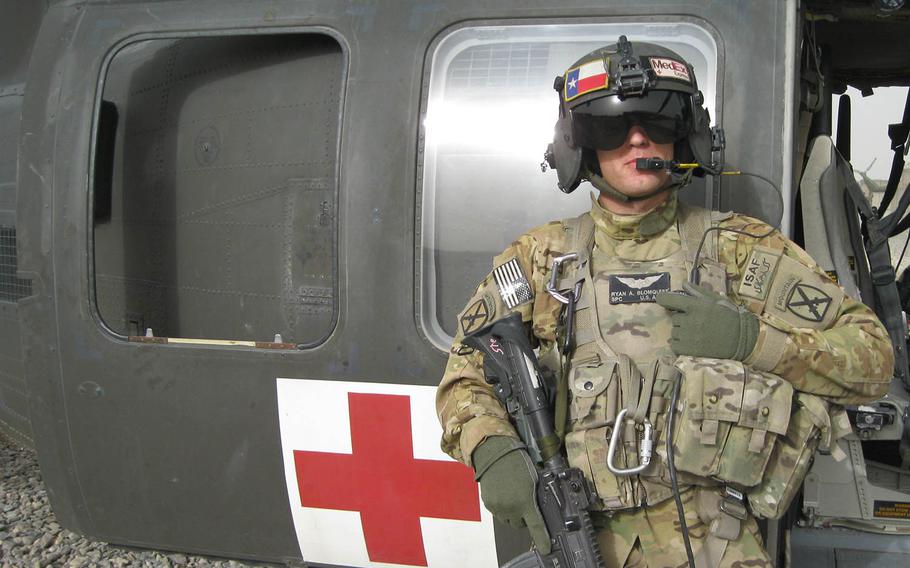 Sgt. Ryan Blomquist poses in full flight gear in front of a medevac helicopter at Forward Operating Base Ghazni in Afghanistan in 2013. (Courtesy of Ryan Blomquist)

May 28, 2013 Kapisa province, Afghanistan Ryan Blomquist got out of the Army in the summer of 2015 after spending much of his six-year enlistment with a medevac unit based at Fort Drum, N.Y.

But when the former sergeant recounts those times and his two deployments to Afghanistan, he speaks in the present tense. Sure, he has a great life now as an undergrad at Texas A&M University studying mechanical engineering, but those days flying around as a crew chief on a Black Hawk helicopter are just too vivid to leave to the past.

“I miss waking up every day and having a mission to do,” said the 24-year-old Texas native. “That higher goal, doing something that’s bigger than you, to use a cliche. Getting out was the hardest decision I’ve made in my life.”

And he misses the people he worked with in Charlie Company in the 10th Aviation Regiment.

“I’ve been to hell and back with a lot of those guys,” he said.

As strange as it sounds, he said, he’d likely have stayed in the Army if deployments weren’t slowing down and it didn’t look like he’d have a chance to go downrange in the near future.

“I loved doing medevac, especially in combat,” he said. “It’s a blessing and curse, but it’s a pretty awesome job, a fulfilling job.”

The blessing, he said, is obvious: “You’re saving someone’s life. You’re giving someone another chance to have dinner with their family or have another birthday with their kids, whatever. The fulfillment that there are dozens of people out there who are alive today because of what me and my crew went through to go out and get them.”

The curse? “For us to go on a mission that brings such an adrenaline rush, someone’s going to have the worst day of their life.”

Blomquist inherited his love for Army aviation. His mother and father were Huey helicopter crew chiefs when they were young, he said.

Blomquist was first deployed to Afghanistan in 2010-11, then returned for much of 2013.

On the second deployment, medevac units moved among four installations — Bagram Air Field, FOB Shank, FOB Ghazni and Camp Warrior, although the last closed before the end of 2013.

The helicopters used in his first deployment had to be rotated out once a week for substantial repair from enemy fire, he said. Even though the second tour was generally less hectic and perilous than the first, he said, “the exciting missions, I remember like they were yesterday.”

One such memory was made May 28, 2013, when he was roused from bed around 6 a.m. after he and his three fellow crewmembers were called to an urgent mission, meaning someone had a wound or injury that’s an immediate threat to “life, limb or eyesight,” he said.

As crew chief, Blomquist made a beeline for the helicopter, where he and co-pilot Chief Warrant Officer 2 Melinda M. Walden prepared for takeoff. Flight medic Staff Sgt. Kristen M. Halsey and pilot-in-command Chief Warrant Officer 4 Kenneth G. Brodhead went to be briefed on critical information needed for the mission.

“I would say we were wheels up around eight minutes or so,” Blomquist said. It took only about 10 minutes to reach their destination, which was in the Alasay Valley in Kapisa province.

“We knew they were still taking fire,” Blomquist said. The medevac copter had to pause briefly so it could be accompanied and defended by Apache helicopters through what was still significant small-arms fire.

“We went in low and fast, as much as possible, to keep the enemy from acquiring us,” he said.

The Black Hawk was hit several times from the AK47 and machine-gun fire.

The landing zone was in a compound with walls around it. “We had to clear the aircraft to make sure we didn’t hit anything and end up having to run a medevac mission for a medevac mission, which is never a good thing,” he said.

On the ground, Halsey hopped out and headed toward the wounded soldier, an Afghan army commando embedded with U.S. Army Special Forces, about 16 yards away.

“You get very focused; you get very numb,” Halsey told the Watertown (N.Y.) Daily Times of those moments. “Everything’s very quiet with focus that you need to get that patient in.”

Blomquist was outside the helicopter for security. Soldiers on the ground told Blomquist the “slightly disturbing” news that the enemy was lobbing grenades or similar explosives over the wall into the compound.

Several soldiers carried the wounded commando to the helicopter.

Blomquist estimated they were on the ground about 30 seconds. “It’s a slow 30 seconds, but we’re a very well-oiled machine. Thirty seconds is our goal.”

The commando was flown to the hospital at Bagram Air Field and survived.

Blomquist said he learned several months after returning to Fort Drum from that deployment that the crew of four would each receive the Air Medal with “V” device, which they were awarded during a ceremony May 7, 2014.

Blomquist said he feels uncomfortable with the limelight of such recognition.

“I’d say the best way to sum it up is that we don’t do it for the awards,” he said. “I’m not a hero, by any means whatsoever — especially coming from our side of medevac.

“It kind of bugs me when someone would call me a hero, because for us a hero is somebody who comes back in a body bag,” he said. “Whenever we have a mission where we have to pick up a KIA or have someone who perishes on board, it’s called a ‘hero mission.’

“I think I speak for anybody who does this job: We’re not heroes by any means.”