'I realized I needed to be doing more' 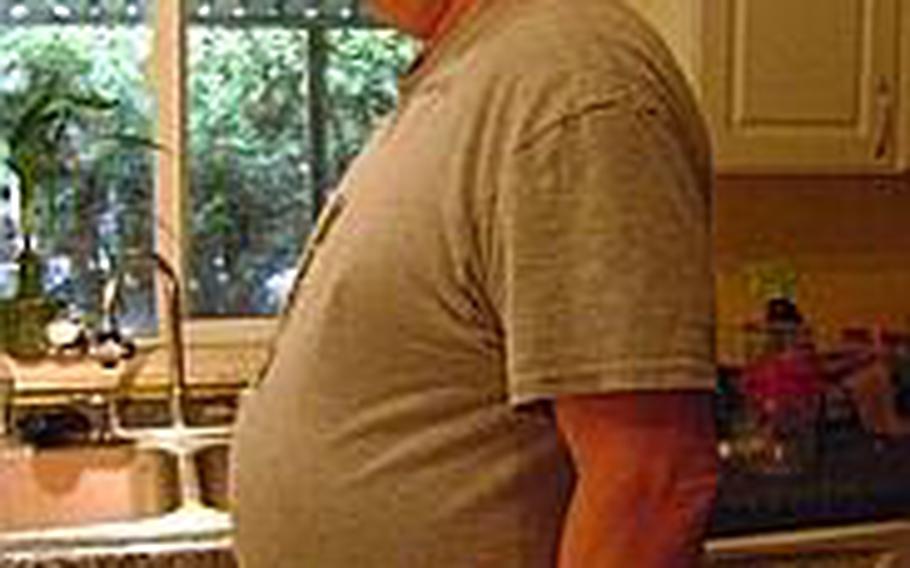 On the day the twin towers crashed down and a pall of smoke rose above the Pentagon, Mathew Niblack, a Vietnam-era Navy veteran and former National Guardsman, knew the attacks meant war.

&ldquo;I remember the pictures of the burning buildings and the people falling,&rdquo; said Niblack, of Salem, Ore. &ldquo;That&rsquo;s an image I can&rsquo;t get out of my head.&rdquo;

Niblack, then in his early 50s, assumed the conflict would be waged by younger men.

He didn&rsquo;t know it yet, but the tragic events of 9/11 would bring about momentous shifts in his own life and set in motion a personal tale of loss. Some of the changes in the coming years would be welcome, but others would be wrenching testimony to the unexpected costs of war.

In the years after the attacks, Niblack worked as a vocational trainer with the Oregon State Employment Division. As he watched the rising tides of conflict in faraway Afghanistan and then in Iraq, his thoughts were often with the Oregon National Guard troops increasingly being sent to war.

In January 2004, Niblack went to the local National Guard recruitment office to rejoin. He harbored no fantasies of combat glory. At his age, he doubted he&rsquo;d even be sent overseas. But with his experience of years working in state government, Niblack thought he could be of some use.

&ldquo;I just wanted to do something to support those young people,&rdquo; he said.

The years, however, had left him with more than just professional experience. The recruiter&rsquo;s scale showed Niblack, at 5-foot-11, had ballooned to more than 250 pounds.

&ldquo;I was obese, with the beer belly sticking out,&rdquo; he said. &ldquo;I didn&rsquo;t have any energy. I was a couch potato.&rdquo;

An age waiver for the then 53-year-old Niblack to re-enlist was possible, but there was no such thing as a beer belly waiver. The recruiter told Niblack to try again after he&rsquo;d lost nearly 60 pounds.

Niblack had once enjoyed running, but doubted his overweight body would handle the pounding now.

&ldquo;I knew I couldn&rsquo;t do it without collapsing after half a mile,&rdquo; he said.

Instead, beginning in March 2004, he cut back on food, eating only fruit and salads during the day and nothing after 6 p.m. And he started walking.

As his strength and energy increased, he began jogging, and the weight melted off. By September 2004, he successfully weighed in and later passed the required physical. Soon, an age waiver was approved and Niblack re-entered the Oregon Army National Guard as a sergeant.

&ldquo;Age was never an issue for him physically,&rdquo; said Staff Sgt. Barry Purdy, an active-duty member of the Oregon Guard who served with Niblack. &ldquo;He smoked a lot of people on the PT test. He smoked me, and I&rsquo;m only 43.&rdquo;

In early 2004, Niblack attended an event featuring young members of the Oregon Guard wounded in Iraq. He realized he wasn&rsquo;t yet satisfied with his level of involvement in the growing wars.

&ldquo;I realized I needed to be doing more,&rdquo; he said.

Niblack asked to be sent to the war zone. He was assigned to the 41st Personnel Services Company, where his skills working as a civil servant could be of use. In mid-2005, he was sent to Kuwait for a 14-month deployment as a casualty operations technician, preparing reports when soldiers or civilians are wounded or killed in combat.

For the first time, Niblack was separated from his family &mdash; three children, four grandchildren and his wife of 34 years. He told an Oregon newspaper at the time that &ldquo;this is the longest we have ever been separated. Sometimes I yearn to be home with her as she faces some of the difficulties around the house.&rdquo;

For the first six months, Niblack prepared reports on injured troops. Then he switched to reports on those who&rsquo;d been killed.

&ldquo;We would track reports from the FOBs where battles were happening, and we would try to anticipate where soldiers would be injured or killed,&rdquo; he said. &ldquo;We&rsquo;d scrub [reports] to make sure they were free of errors, had the correct wording, made sense. Then we&rsquo;d send them up the chain of command.&rdquo;

It was a race against the clock, and against civilian journalists, said Purdy, who also served in the 41st PSC.

&ldquo;We had to turn them around quickly,&rdquo; he said. &ldquo;Journalists were embedded with a lot of these units taking casualties, and we had to move reports quickly to give the Army time to notify the family before they heard about it on the news.&rdquo;

Niblack returned to Oregon in late 2006, resuming his family and job responsibilities. The euphoria of being home was soon replaced by unwanted memories.

&ldquo;In 2008 and 2009, we started losing more soldiers in Afghanistan,&rdquo; he said. &ldquo;And then all these memories started coming back [that] I couldn&rsquo;t stop.&rdquo;

Unlike many soldiers with post-traumatic stress symptoms who struggle reliving wartime experience, Niblack didn&rsquo;t have firsthand memories of death and violence. Instead, the longtime civil servant was reliving what seemed like bureaucratic nightmare suffused with horror. One recurring dream was of an actual case in which a soldier burned to death after his Humvee was hit by an improvised explosive device.

&ldquo;Later the Department of the Army called me up and told me they wanted to know what kind of helmet he had on,&rdquo; Niblack said. &ldquo;What sense does that make? He burned alive. I called his unit to find out and they thought it was completely stupid.

&ldquo;I don&rsquo;t know why, but it&rsquo;s something that just sticks with me.&rdquo;

Purdy said that during the 41st PSC&rsquo;s deployment, Niblack -- who had become a father figure to younger soldiers in the unit -- sometimes identified too closely with dead troops he&rsquo;d encountered only in death reports.

&ldquo;I think he felt a lot of guilt he wasn&rsquo;t up there where the action was,&rdquo; Purdy said. &ldquo;If he&rsquo;d had a chance to go forward with the guys up there, he would have.&rdquo;

&ldquo;I knew what policy I was supposed to follow and I would just do something different,&rdquo; he said. &ldquo;I would make completely dumb mistakes.&rdquo;

He was later diagnosed with PTSD and major depression at a local VA facility, he said. In July, after years of trying to pull his life back together, he was discharged from his state job.

Even worse, his extended absence followed by PTSD and depression have ripped apart his home life, Niblack said. He and his wife of four decades are in the midst of a divorce.

That he would arrive at such a point was inconceivable when he re-enlisted, he said.

&ldquo;I consider myself a Godly man who keeps with the Book,&rdquo; he said. &ldquo;I thought with my age and experience, I could handle almost anything. Well, I was wrong.&rdquo;

Niblack, 61, is still a member of the Oregon National Guard, and said today the military is his lifeline.

&ldquo;My chain of command is doing everything they can to get me a medical extension and keep me in another year,&rdquo; he said.

That would make it simpler to get the psychological treatment he needs, as well as keep him surrounded by his most effective support group &mdash; the men and women he served with in Kuwait.

For all that&rsquo;s happened, he doesn&rsquo;t regret his late-life choice to return to military service after 9/11.