'I didn't fly with my own two arms' 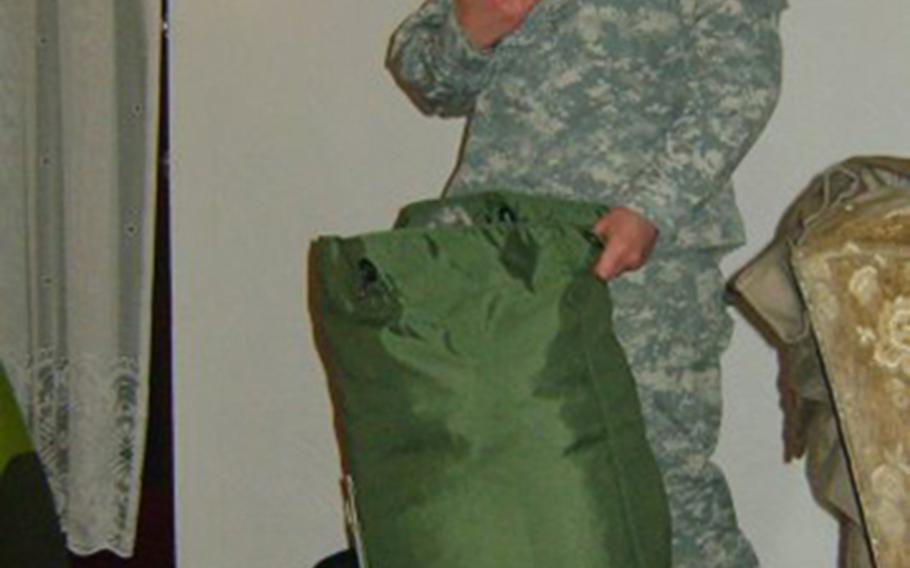 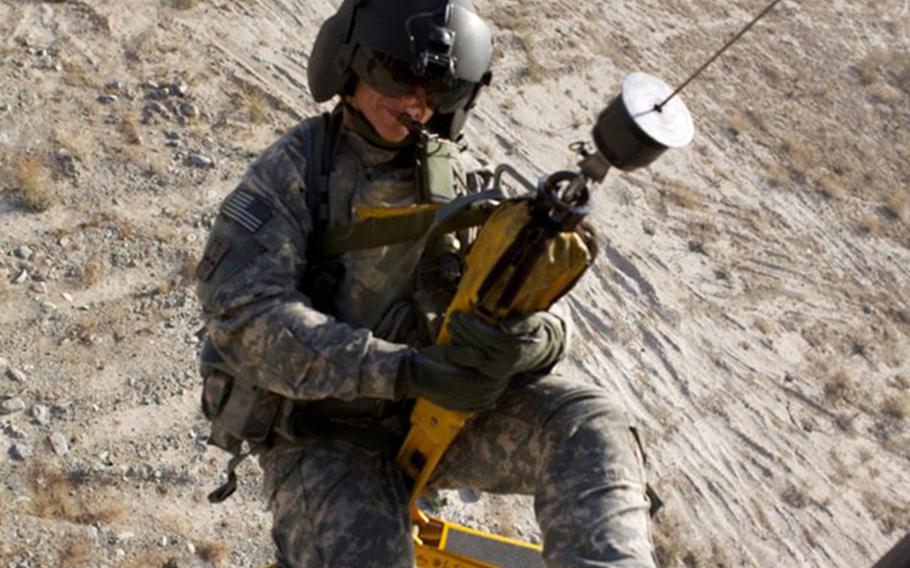 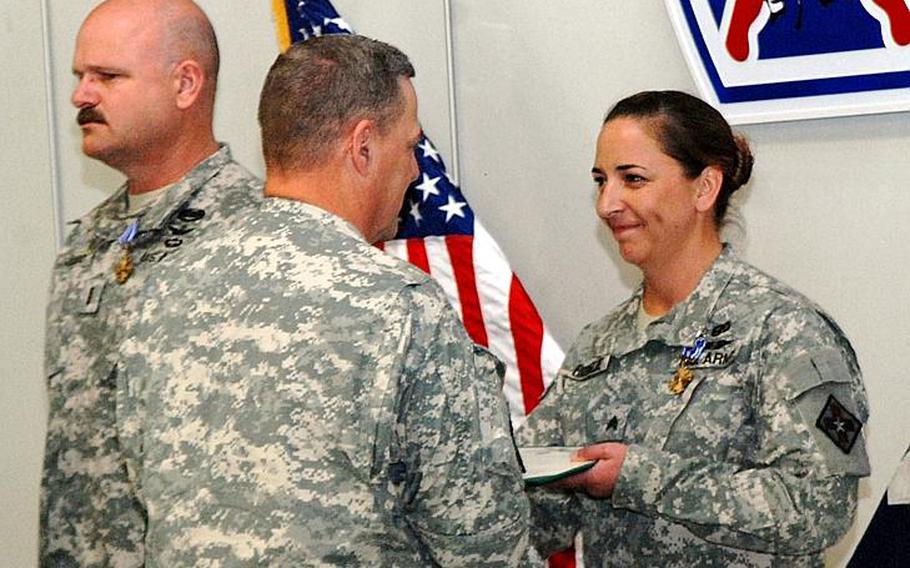 Dangling from a Black Hawk helicopter on a jungle penetrator hoist surrounded by tall trees — with a wounded soldier in her arms — Army Sgt. Julia Bringloe reacted by instinct. As her line swung back and forth, she stuck out her leg to take the brunt of a collision as the hoist headed toward a timber.

It was the start of three days of hoists for Bringloe — occasionally under fire — with a broken leg.

She doesn’t recall what was wrong with that initial U.S. soldier on June 25 — dehydration or altitude sickness. But the Bainbridge Island, Wash., native does remember the 164-foot hoist on one side of a really steep drop-off near some tall trees. She didn’t seek treatment for her leg until several weeks later because the medevac unit was “pretty busy” and she didn’t think it was a big deal. The injury turned out to be a small fracture to her left leg.

“I was pretty angry about it, actually,” Bringloe, now 40, said in an interview. “Not angry, but frustrated. At the time we had limited medevacs so I wasn’t about to quit.”

She was with C Company, 3-10 General Support Aviation Battalion, part of Operation Hammer Down in Kunar province, Afghanistan, “one of the most challenging places to fly, no doubt,” she said.

Once the mission began, her flight crew started to get medevac calls. After some initial hoists, they received a call from ground forces that were pinned down. Bringloe said their sister helicopter went in to extricate the soldiers but received heavy fire and had to make an emergency landing. That left Bringloe’s unit as the main medevac.

“We did 11 hoists, and sometimes it’s hard to tell which ones we took fire on,” Bringloe recalled.

Saving lives as a flight medic is Bringloe’s dream job. Before joining the military in her 20s, she was an unhappy carpenter looking to change careers.

“I’m excited about going back,” she said. She deployed April 26 to Kunar province for a nine-month tour.

Of the cumulative rescues that earned her the Distinguished Flying Cross, the flight medic remembered a night mission to pick up wounded soldiers. They had heavy air support, including some help from Apaches. They took fire, but their bird wasn’t hit. The medevac picked up three patients.

During one daytime hoist, the weather was particularly bad and Bringloe needed to rescue an Afghan translator who had been shot.

“As I was getting pulled up, I took some fire,” she said, but she was never hit. “I had pretty good cover from the ground guys. It’s one of those things you don’t think about while it happens. You are pretty focused on your patient and getting the mission accomplished. Everyone is in danger.”

Bringloe is quick to credit her crew for their help during the three days of missions. Her first deployment was as a ground medic in Iraq.

“To have these awards, to be recognized for the missions, is great, but I didn’t fly with my own two arms,” Bringloe said from New York. “I had a whole crew and medevac company that have supported me through leadership or mentorship.”

Because the government did not keep records when the Distinguished Flying Cross was first given out in 1927, it is unknown exactly how many recipients there are. But seven have been women.

“A lot of people believe it’s a huge honor because I’m female, but what they don’t get is that there aren’t a lot of crewmembers who get it,” she said.

“It’s definitely not something that I expected. I hoped to do great things when I joined the Army, but I wasn’t expecting glorious accolades.”