How much do you know about the Pilgrims and their legacy? 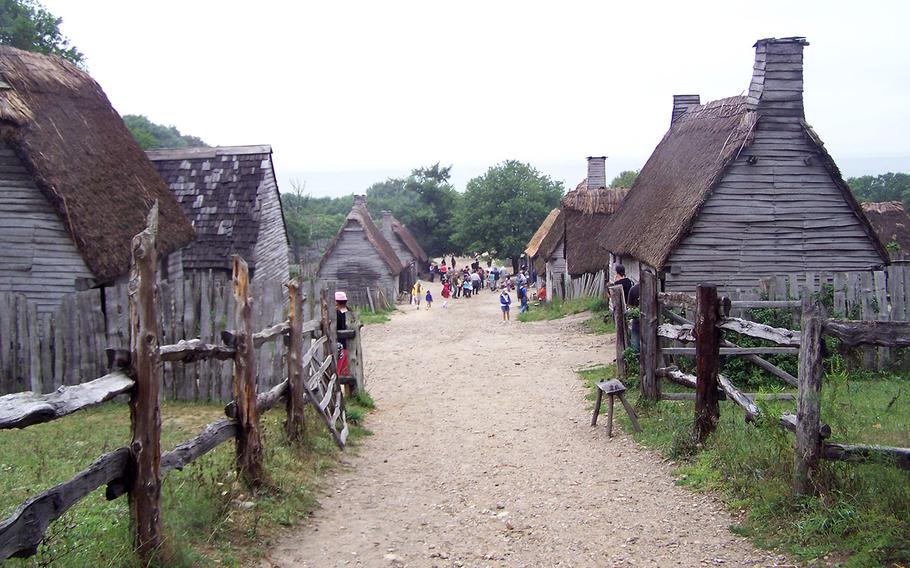 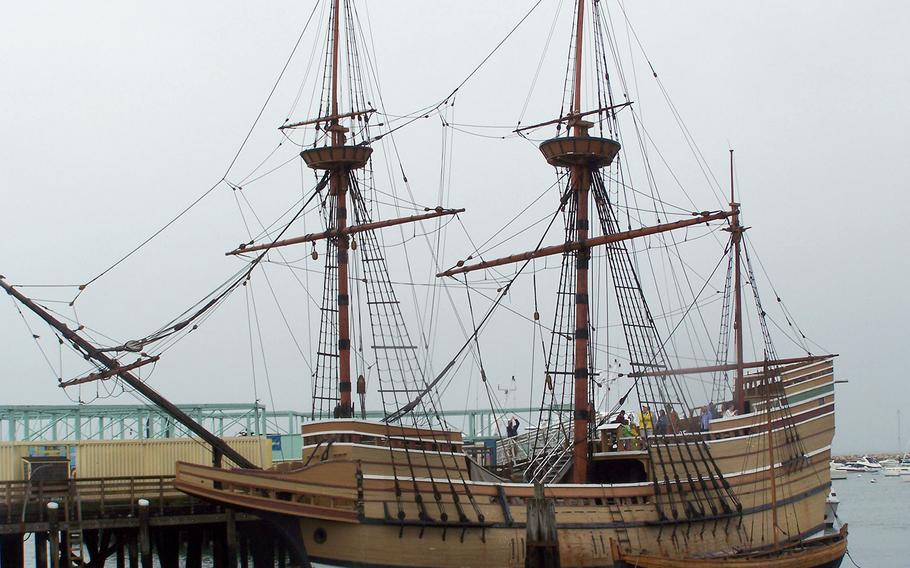 Mayflower II, a replica of the ship that brought the Pilgrims to the New World, is anchored in downtown Plymouth, Mass. (John Bordsen, Charlotte Observer/TNS)

WASHINGTON — Americans celebrate Thanksgiving to commemorate the feast by Pilgrim settlers and their Native American guests in 1621 when the small band of English colonists gave thanks for surviving their first year in their new American home.

Who were the Pilgrims?The Pilgrims were members of a radical faction of the English Separatist Church who broke from the Church of England because they considered it “too Catholic.” The Pilgrim radicals were distinct from the “Puritans,” who shared the belief that the Church of England was too Catholic but wanted to reform the church from within. Since failure to attend Church of England, or Anglican, services was against the law, the radicals, who called themselves “saints” rather than “Pilgrims,” left England in 1608 and settled in Leiden in the Netherlands, where religious laws were less stringent. After a dozen years in the Netherlands, the leaders decided to emigrate to the New World where they believed economic opportunity was better and because they feared their children were becoming too secular and “too Dutch.” They convinced English investors to finance a trip to establish a new English-speaking colony. It would become the second successful English colony in North America after Virginia, which was settled in 1607. After receiving permission from King James I, the Pilgrims set sail from Plymouth, England, in September 1620 aboard the Mayflower. They planned to use a second ship but it proved unseaworthy, forcing some of the would-be colonists to stay behind in England.

How many people sailed aboard the Mayflower? Many contemporary historians believe the Mayflower carried 30 crew members and 102 passengers. However, not all of the passengers were separatists seeking religious freedom. Most of the passengers were a mixture of merchants, laborers, adventurers who were seeking economic opportunity. The religious separatists called the others “the strangers,” although over time all the original colonists became known as Pilgrims. The investors agreed to pay expenses and provide tools and equipment. In return the colonists agreed to ship back timber, fish and furs. The investors would own the land and homes for seven years, after which assets would be divided among the colonists. At least one of the group was a professional soldier, Myles Standish, who became the military and security leader of the colonists. One crew member and one colonist died during the voyage and one baby, named Oceanus, was born at sea.

Where did they land? The Mayflower crew first sighted land on Cape Cod in early November 1620 after 66 days at sea. The crew tried to sail around the Cape for the mouth of the Hudson River — modern-day New York City — which was their intended destination. They abandoned the effort due to difficult currents and shoals. After a few days the vessel anchored at what’s now Provincetown harbor. Teams of the most physically fit men began exploring for a site for a permanent settlement while the rest of the crew and passengers lived on the ship. After a few weeks the explorers found an abandoned Wampanoag Native American community with a good harbor and cleared land. The Mayflower sailed to the new site — Plymouth harbor — on Dec. 16, 1620. The colonists began work on a new settlement. Physically weakened by the voyage, only 52 colonists survived the first year. The Mayflower sailed back to England on April 5, 1621 with only half the original crew.

What’s the legacy of the Pilgrims? The Pilgrim colony at Plymouth never really prospered and was ultimately absorbed into the Massachusetts Bay Colony. The main legacy of the Pilgrims lies in the traditions they left behind, including a spirit of self-reliance, voluntary association, and resistance to authority that entered the fabric of American culture. The colony also left behind descendants, many of whom became major figures in American life in the centuries that followed. The General Society of Mayflower Descendants has identified more than 82,000 Pilgrim descendants. They include nine American presidents, Alan Shepard, Humphrey Bogart, Henry Wadsworth Longfellow, Dr. Benjamin Spock, Orson Welles, Marilyn Monroe, Clint Eastwood and Richard Gere.