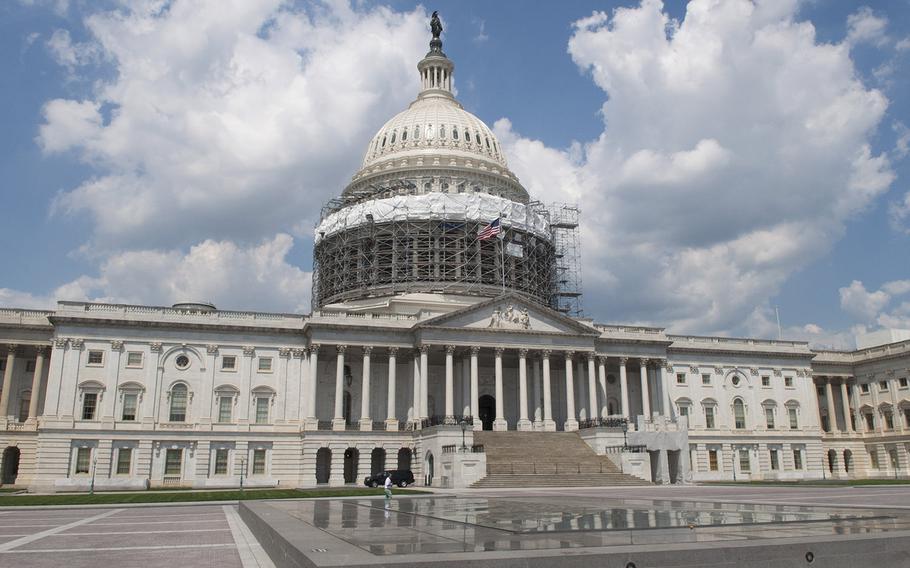 The House and Senate, in passing separate versions of the fiscal 2017 National Defense Authorization Act, haven’t yet agreed on the size of the next military pay raise, or how to reform health care or housing allowances, or whether to require all 18-year-old women to register with Selective Service to be part of a conscription pool in future major wars.

Ironing out these disparities, and many more consequential to military personnel, retirees and family members, will now fall to a House-Senate conference committee composed of armed services committee members.

The committees’ professional staffs will negotiate many decisions in advance, on guidance from chairmen Sen. John McCain, R-Ariz., and Rep. Mac Thornberry, R-Texas, and senior Democrats Sen. Jack Reed of Rhode Island and Rep. Adam Smith of Washington. But the principals will need to engage behind closed doors on larger and more controversial topics to produce a single bill that either avoids or challenges a threatened veto from President Barack Obama.

To achieve compromise, conferees will need to shed the political posturing routine in election years and make hard choices based on real budget ceilings. The House, for example, had refused to support another military pay raise cap in 2017 and deferred Tricare fee increases to future generations of servicemembers. Yet it only authorized funding for seven months of wartime operations next year in Iraq, Afghanistan and Syria.

Here are some of the tough decisions to be negotiated:

Pay raise: The House bill supports a 2.1 percent January raise to match wage growth in the private sector. The Senate voted to cap the raise, for a fourth consecutive year, at 1.6 percent. A long-shot floor amendment from McCain to add $18 billion in defense spending authority, including several hundred million to support a larger pay raise, was defeated.

Basic Allowance for Housing: The Senate supports two substantial BAH “reforms.” It would dampen payments stateside to members, married or not, who share housing off base. It would cap payments to the lesser of what individuals actually pay to rent or the local BAH maximum for their rank and family status. The House is silent on these. The White House opposes them.

Tricare reforms: The Senate embraces a portion of Tricare fee increases that the administration proposed for working-age retirees. It also incentivizes the fee system so patients pay less for services critical to maintaining their health and they pay more for incidental health services. Senate initiatives also emphasize improving access and quality of care.

The House rejects almost all higher fees and co-pays intended to drive patients, particularly retirees, back into managed care and military facilities. Both bills would narrow Tricare options down to managed care and a preferred provider organization. But the House would require all current Tricare Standard users to enroll annually to help better manage costs and resources. The House, however, would subject only new entrants to the military on or after Jan. 1, 2018, to higher Tricare enrollment fees.

Female draft registration: Without debate on the topic, the Senate voted to require all women attaining the age of 18 on or after Jan. 1, 2018, to register with Selective Service. The House voted to strike similar language from its own defense authorization bill, leaving the issue to be fought behind closed doors of the conference committee.

The two defense policy bills, HR 4909 and S 2943, are aligned on some other important or even surprising benefit changes. These include:

Commissary reform: The Senate approved the same sweeping changes endorsed by the House to modernize commissary operations. They include a pilot program to replace the cost-plus-5-percent pricing formula with variable pricing across local markets. Both chambers also endorse allowing the Defense Commissary Agency to offer its own brand products to generate more profits and enhance patron savings, and to convert commissaries to non-appropriated fund activities like exchanges.

DeCA is to calculate and set a baseline level of savings that patrons now enjoy and maintain it. Meanwhile, a new Defense Resale Business Optimization Board will be formed to oversee the reforms including the streamlining of commissary and exchange operations to gain efficiencies.

The Senate rejected McCain’s push to privatize up to five base grocery stores for two years to test whether a commercial grocer could operate base stores at a profit and still offer deep discounts. McCain hopes privatization over time ends the need for DeCA with its $1.4 billion annual appropriation. Defense officials estimate the approved reforms will cut commissary funding by about $400 million a year over their first five years.

Meanwhile, DOD last week gave Congress a promised report on prospects for making commissaries and exchanges “budget neutral” or self-sustaining. It concludes that budget neutrality is unattainable without gutting the benefit. This helped to weakened support for a privatization test.

Ending former spouse windfalls: Another issue the House and Senate agree on is modifying how the Uniformed Services Former Spouses Protection Act calculates retirement pay for sharing as marital property in divorce settlements. Current law allows courts to divide final retired pay, even if it was bolstered by more years served and promotions gained after divorce. Congress agrees this creates a windfall for ex-spouses that should be eliminated, but only for divorces finalized after the bill becomes law.

The former spouse law (Sec. 1408, 10 U.S.C.) will be changed so retired pay to be divided is based on a member’s rank and years of service at time of divorce, plus cumulative military pay raises up through retirement.

This is the first substantive change to the USFSPA in at least a decade. It surprised the former spouse support group EX-POSE, which calls it unfair to future ex-spouses who might sacrifice their own careers to raise children or to accommodate the frequent moves that are part of service life.

ABA therapy rates restored: Both bills direct the Department of Defense to restore higher Tricare reimbursement rates paid through last March for applied behavioral analysis therapy for children with autism. The change is to take effect when the bill is signed. Though appreciative of the rollback, family advocates worry that months more of delay could see more ABA therapists decide to drop or to refuse to accept more military children.