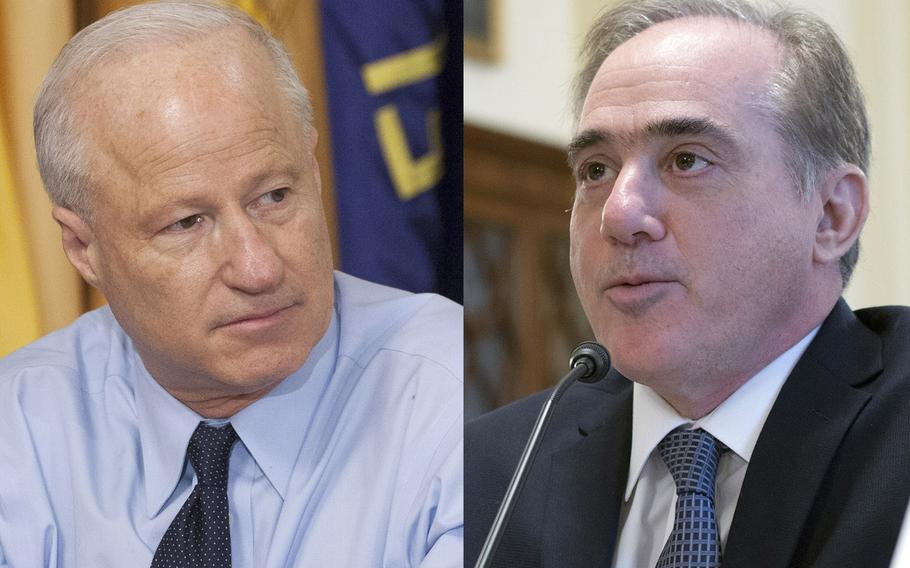 Rep. Mike Coffman, R-Colo., an Army and Marine Corps veteran and member of the House Committee on Veterans’ Affairs, said the findings highlighted the type of “corruption and abuses” that Congress has been attempting to expel from the agency.

The VA inspector general found Shulkin improperly accepted tickets to a Wimbledon tennis match in July for himself and his wife, Merle Bari, and spent much of a 10-day official trip sightseeing – excursions planned by a VA employee working on official time. The VA’s third-in-charge, Chief of Staff Vivieca Wright Simpson, was found to have doctored an email with false statements that led to Bari having her travel expenses paid with taxpayer dollars.

“The abuses detailed in the VA’s Inspector General Report violate the trust and integrity that our veterans and taxpayers demand and deserve,” Coffman said in a written statement. “After closely reviewing the IG report, and the findings that VA Secretary Shulkin and his staff misled ethics officials and lied to investigators, I have concluded that it is time for him to step down.”

Coffman went on to say Shulkin lacks the “moral authority” to root out a culture of corruption at the VA, which was one of President Donald Trump’s promises during his campaign.

“It is time to clean house at the VA and it starts with the resignation of Secretary Shulkin,” Coffman said.

Shulkin issued a statement Wednesday that was posted to the VA website but taken down after about an hour. In it, Shulkin said, “I have done nothing wrong.”

“The report is neither accurate nor objective,” he said. “It is a direct assault on my spouse, my character and my unblemished record of service to veterans.”

In addition to Coffman, other lawmakers responded to the news Wednesday.

Republican and Democratic leaders of the Senate and House VA committees issued a joint statement, saying they were “disappointed by the details described in the IG report.” Rather than asking for his resignation, though, they asked Shulkin to address the allegations.

“We need to continue the progress we have made and not allow distractions to get in the way of helping our veterans. We’re counting on Dr. Shulkin to actively address all of the allegations outlined in this report. Our veterans deserve no less,” read the statement issued by Rep. Phil Roe, R-Tenn.; Rep. Tim Walz, D-Minn.; Sen. Johnny Isakson, R-Ga.; and Sen. Jon Tester, D-Mont.

Shulkin is expected to get that chance Thursday morning, during a previously scheduled hearing of the House Committee on Veterans’ Affairs. Shulkin was supposed to testify at 8 a.m. about the VA’s fiscal 2019 budget request.

Sen. Richard Blumenthal, D-Conn., also wants Shulkin to explain his side of events to the Senate Veterans’ Affairs Committee. He blamed Trump for having “lowered the bar on conflicts of interest.”

“[U]nethical conduct is taken as the new normal in this administration,” Blumenthal said in a written statement. “The fish rots from the head. The president’s clear, repeated conflicts of interest create a corrosive culture of unethical permissiveness that infects his entire administration.”

Rep. Annie Kuster, D-N.H., a member of the House Committee on Veterans’ Affairs, said the report shows, at best, “extreme carelessness.” At worst, she said, it’s evidence of a willful abuse of taxpayer dollars.

The fallout from the inspector general report was unclear Wednesday. Investigators informed the Department of Justice about Simpson, but the DOJ decided to not pursue criminal prosecution at this time, according to the report. Investigators found no evidence Shulkin knew of Simpson’s actions.

Until recently, Shulkin — who was confirmed with unanimous support from the Senate — has mostly stayed clear of the discord that’s plagued some of Trump’s other Cabinet members. But over the last few months, he’s faced an escalating level of controversy.

During a public hearing in December, Sen. Jerry Moran, R-Kan., accused Shulkin of double-talk and blamed him for a rift between committee members that led to delays in Congress tackling reform to the VA Choice program, which allows veterans to seek private-sector medical care. Last week, The Washington Post reported that some in the White House wanted to remove Shulkin’s new deputy, Tom Bowman, as a “warning shot” to Shulkin for deviating from the administration’s plans on Choice reform.