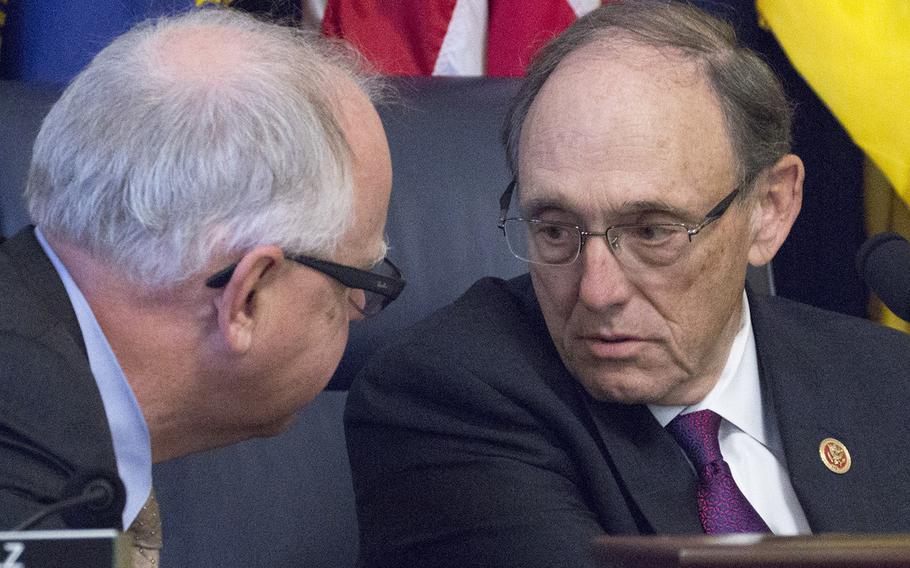 Starting next October, the chairman of the House Veterans’ Affairs Committee hopes to see every veteran who is enrolled in Department of Veterans Affairs health care, and who has used the system in the previous two years, be assigned to a VA primary care physician.

The primary care providers would become medical gatekeepers for veterans’ care, responsible for their basic health care needs and empowered to refer them to specialists when required, either inside VA or to outside networks of private-sector doctors, or even to other federal health systems, including the military and Public Health Service, under partnership arrangements to share available resources.

If VA doesn’t have sufficient numbers of primary care physicians on staff by then, private-sector providers would be contracted until VA could recruit sufficient physicians to close the gap. But importantly, VA would see its “role as the central coordinator of care for enrolled veteran patients” restored and sustained, explained Rep. Phil Roe, R-Tenn., committee chairman.

At a hearing Tuesday, the three largest veteran service organizations agreed with Roe’s vision and said they found no part of his draft legislation to replace the controversial “Choice” program as being a “deal breaker.” Indeed, it is very similar but also offers more details than the CARE proposal for replacing Choice unveiled by VA two weeks ago.

Both reform packages reject how the Choice program uses arbitrary rules — driving distance to the nearest VA facility and wait times for VA appointments — to establish eligibility for community care. Both would have VA clinicians, in consultation with patients, decide whether to refer patients to private-sector care.

Both Roe’s draft bill and VA’s CARE proposal also include provisions that would strengthen the VA health care system while acknowledging and making permanent VA’s reliance on community care to ensure that veterans get timely and quality health care when services aren’t readily available through VA.

That balancing is viewed by Roe and by VA Secretary David Shulkin, who also testified at the hearing, as critical to addressing fears raised by critics that permanent community care programs will be used by future Congresses and presidents as the foundation for eventually privatizing VA health care.

“I have made every effort, every step of the way, to be transparent and keep all stakeholders informed about our work and intentions with regard to this bill,” said Roe at the hearing, which reviewed his Choice reform plan and VA’s CARE proposal, as well as a half-dozen other proposals to enhance access to timely care.

“To that end I believe it is important to state yet again that this effort is in no way, shape or form intended to create a pipeline to privatize the VA health care system,” Roe added. “I want to be completely clear about that.”

Roe noted that veterans’ health care has relied on private-sector providers to some extent since the 1940s. Veteran groups, however, testified that they will remain on guard against future actions by Congress or presidents that would weaken the veteran-centric VA medical system in favor of fractured care offerings that are routine for patients using private-sector care.

“The American Legion is aware of criticism that suggests this transformation [of the Choice program] moves purposely close to increased privatization of VA services, and does not dismiss these criticisms as without merit,” said Roscoe G. Butler, the Legion’s deputy director for health care and rehabilitation. “Nefarious intentions can indeed serve to undermine modernization efforts, and [we] will continue to be a watchdog and ensure further political interests do not diminish the capacity or value VA represents in the medical or veteran community.”

Roe said his draft bill remains “a work in progress” but he wants the full Congress to pass a replacement plan for Choice before early December when funding for that program will run out.

Like VA’s CARE proposal, Roe’s reforms would have VA consolidate seven separate community care programs into one. That single program would be strengthened and made more efficient by integrating VA care with high-performing private-sector networks of providers and other federal health care providers.

“Under my draft bill,” Roe said, “VA generally retains the right of first refusal — meaning that if a VA medical facility can reasonably provide a needed service to a veteran, that care will be provided in that facility. But when VA can’t do that, my bill would ensure that veterans aren’t left out to dry.”

Both Roe’s bill and VA’s proposal would commit to modernizing VA medical claims processes to ensure community providers are paid accurately and on time. The plans also would standardize rates of pay across non-VA care providers.

Like the VA proposal too, Roe’s plan would put VA clinicians in charge of determining access to outside care based on patient health care needs.

“We think having a veteran have to drive 100 miles to get a lab test or something simple for a minor illness just doesn’t make sense,” Shulkin said. “It’s not good for veterans.”

Veteran service organizations asked Roe to add the walk-in clinic benefit to his reform package, though they oppose requiring veterans with service-connected conditions to pay a small fee after two free visits per year.

But Butler with American Legion; Adrian M. Atizado, deputy national legislative director with Disabled American Veterans; and Kayda Keleher, associate director of legislative services for Veterans of Foreign Wars, conceded to Roe that there are no “deal breaker” provisions in his reform package. All three suggested changes but said that, overall, they would welcome the reform package.

Roe said an alternative to commercial clinics might be to expand operating hours at VA’s more than 700 community-based outpatient clinics. Later, the committee’s communication director, Tiffany McGuffee Haverly, said Roe “is not opposed to utilizing urgent care facilities to relieve the strain on emergency rooms, assuming there’s a way to find a workable way to structure usage.”

The Senate Veterans’ Affairs Committee is working on its own replacement plan for Choice. Last week Sen Johnny Isakson, R-Ga., its chairman, called the VA proposal “thoughtful and balanced.” On Wednesday, a committee spokeswoman said Isakson “is committed to ensuring there is no lapse in veterans’ access to care” as Choice funds run out. “In regards to the House Committee’s proposal, we appreciate Chairman Roe’s leadership and we’re in the process of reviewing it.”