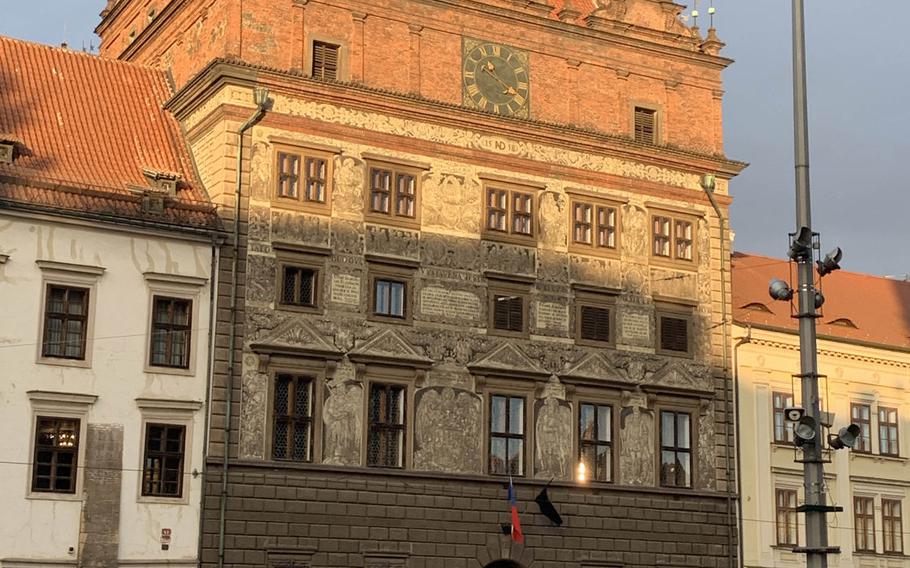 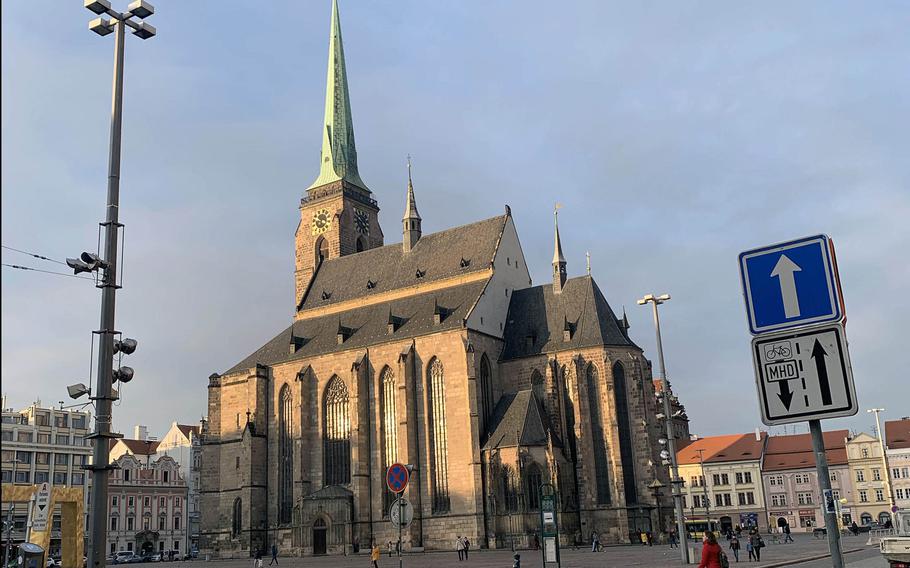 Buy Photo
The cathedral of St. Bartholomew has the tallest church spire in the Czech Republic. (Immanuel Johnson/Stars and Stripes) 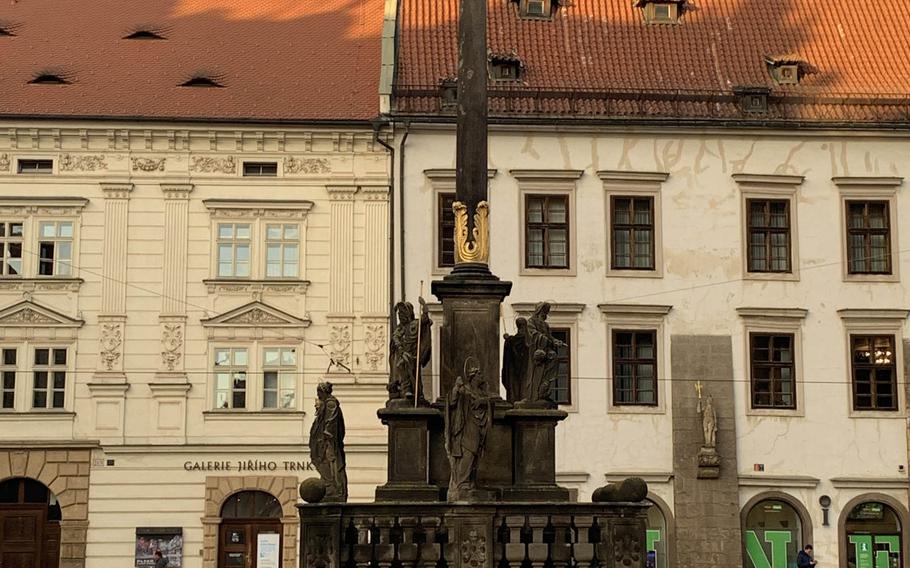 Buy Photo
The Plague Column in Pilsen's Republic Square was built in 1681 to express thanks that the town was spared the ravages of the plague. (Immanuel Johnson/Stars and Stripes) 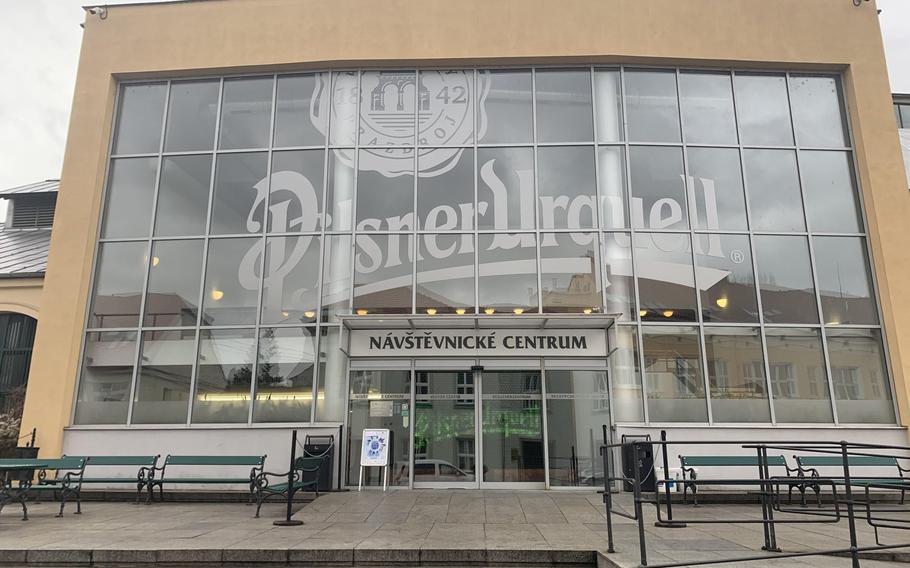 Buy Photo
The outside of the Pilsner Urquell brewery in Pilsen, Czech Republic. (Immanuel Johnson/Stars and Stripes) 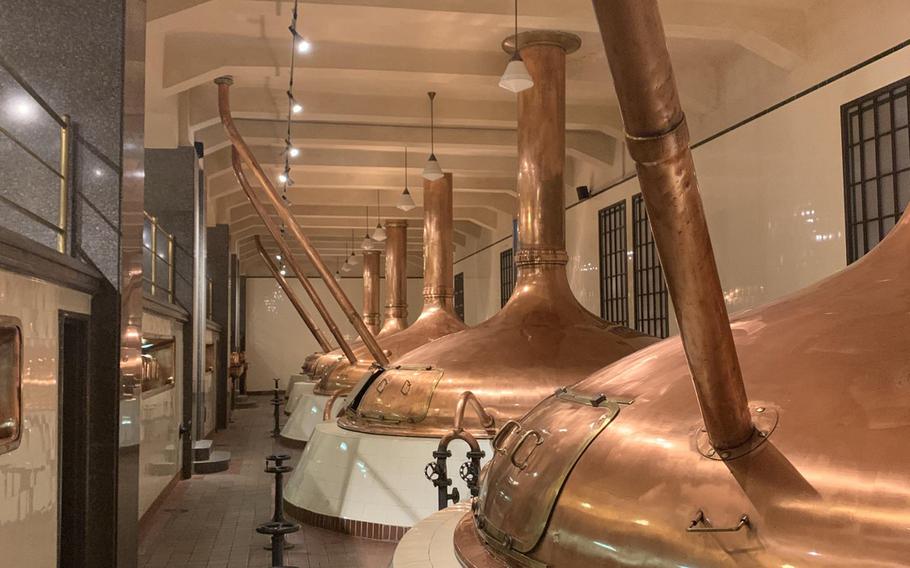 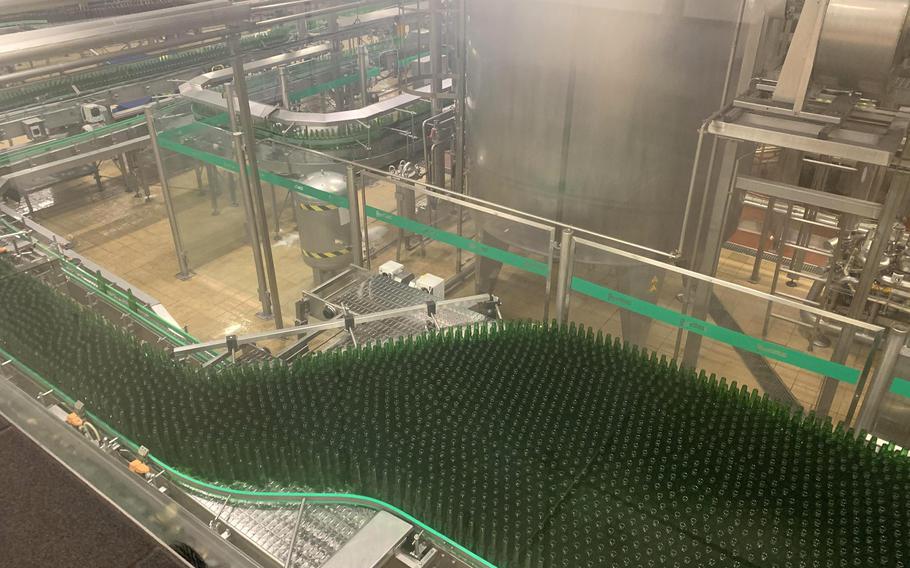 Buy Photo
The modern bottling hall at the Pilsner Urquell brewery in Pilsen, Czech Republic, has the capacity to fill 120,000 bottles of beer per hour. (Immanuel Johnson/Stars and Stripes) 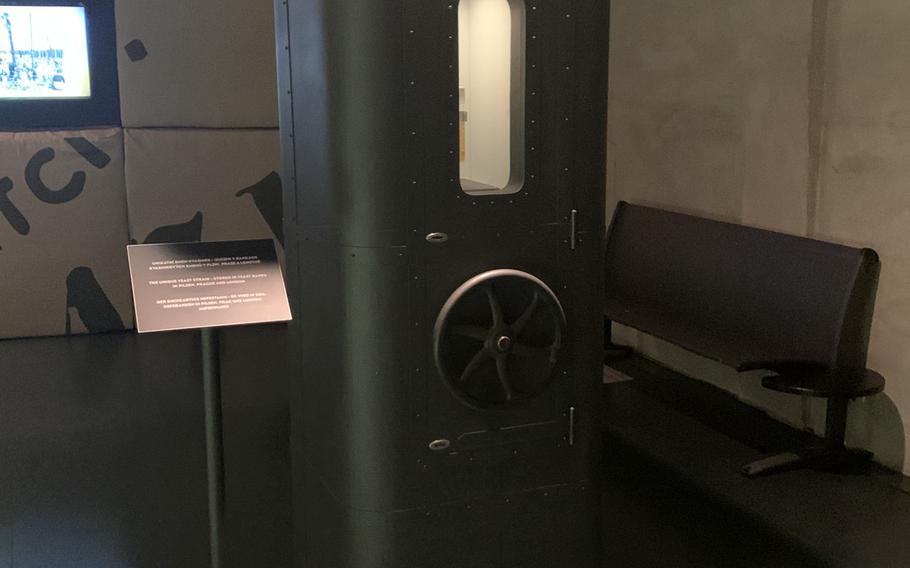 Buy Photo
The unique strain of yeast used to make Pilsner Urquell lager is stored in yeast banks like this one in Pilsen, Czech Republic. The other two are in Prague and London. (Immanuel Johnson/Stars and Stripes) 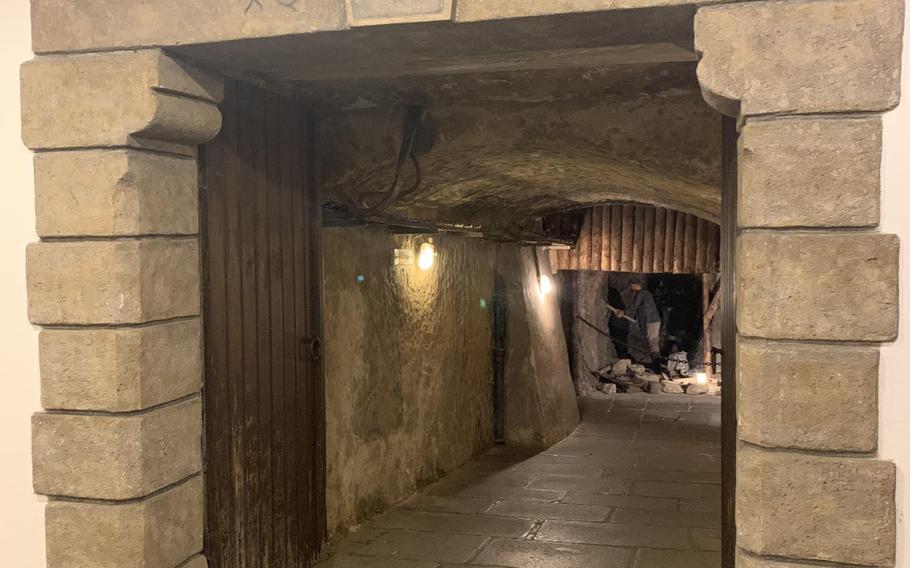 Buy Photo
Inside the cellars at the Pilsner Urquell brewery in Pilsen, Czech Republic, where the brewery tour finishes, and where you can taste unfiltered pilsner beer. (Immanuel Johnson/Stars and Stripes)

You may know Pilsen in the Czech Republic as the birthplace of light, golden pils beer and the home of the Pilsner Urquell brewery, but there are other things to do in this town than just drink a good brew.

For a start, you could visit Republic Square, one of the largest squares in Europe. There, you’ll find the cathedral of St. Bartholomew, Pilsen’s 16th-century city hall, and, at the right time during winter, a Christmas market.

The cathedral dominates the landscape in Pilsen with its 337-foot spire, the tallest in the Czech Republic. Inside, the Pilsen Madonna graces the main altar, while outside, there’s a statue depicting Jesus on the Mount of Olives, protected by angels who, local legend has it, will grant you one wish.

Near the cathedral is City Hall, a renaissance jewel built between 1554 and 1559. Special exhibitions are held in the lobby, and in a room behind that, there’s a scale model of Pilsen center as it was in days of yore. Both are open and accessible free of charge from 8 a.m. to 6 p.m. daily.

Also in the square is the Plague Column, by local sculptor Kristian Widman. The column dates back to 1681, when it was erected to give thanks for the fact that the plague didn’t come to the city.

But even with all that history and architecture to marvel at, the jewel in the crown of this city is, to my mind, the Pilsner Urquell brewery.

Tours of the brewery are offered in Czech, English, German and Russian and last around two hours. The brewery also offers workshops — there’s currently one on how to correctly pull a draft pils. Many, if not all, of the tours include tastings at the end for those 18 and older.

Tour sizes are limited, so it’s best to make reservations in advance.

DIRECTIONS: Pilsen is about 90 minutes east of Grafenwoehr. To get to the brewery, put Plzensky Prazdroj in your GPS. The brewery is also a five-minute walk from the main train station.

COSTS: The cost of tours varies. To reserve a spot on a tour, email reservations@asahibeer.cz. (Yes, that’s the Japanese Asahi Breweries. They bought Pilsner Urquell in 2016.)