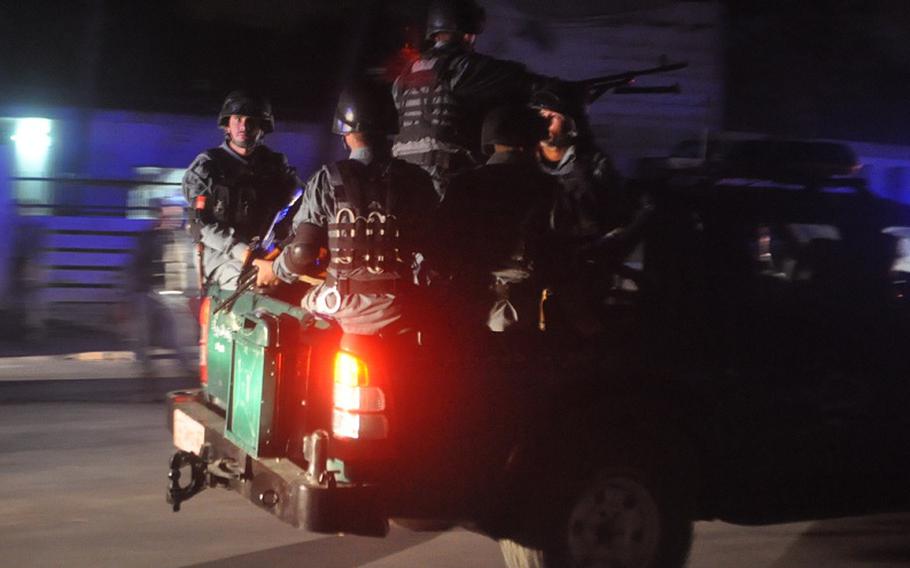 Buy Photo
Armed Afghan police respond to the scene of a bomb attack that killed former Afghanistan President Burhanuddin Rabbani at his home in Kabul. Rabbani, head of the country's High Peace Council, had been closely involved in negotiations with the Taliban to end the decade-long war in Afghanistan. (Martin Kuz/Stars and Stripes)

The head of Afghanistan's high peace council was killed by a suicide bomber Tuesday at his home near the U.S. Embassy in Kabul, according to media reports.

Burhanuddin Rabbani, whose task was to find a political solution with the Taliban, was assassinated by a bomber who concealed explosives in his turban, the Associated Press reported.

The incident prompted the U.S. Embassy in Kabul to go on alert Tuesday afternoon, but that was lifted later when it became clear that the embassy was not the target, embassy spokesman Gavin Sundwall told Stars and Stripes.

The embassy is waiting for official confirmation of Rabbani's death before issuing a condolence statement, Sundwall said.