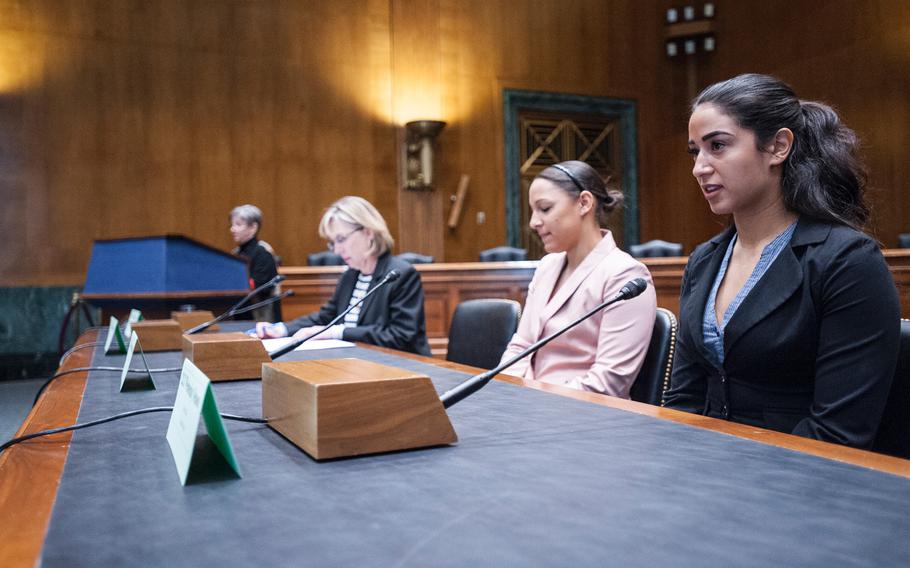 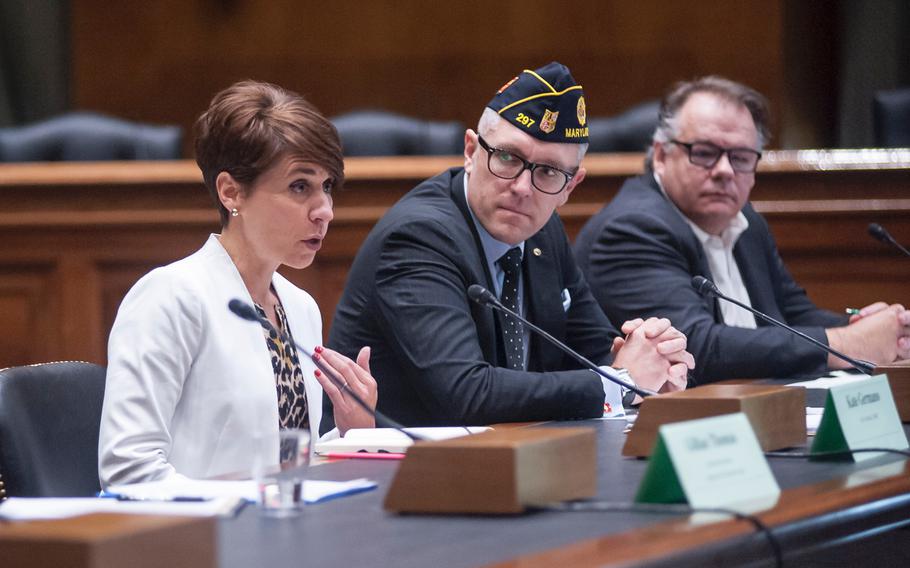 Critics say the Marine Corps is trailing the Army in integrating women into combat arms jobs, opening some roles but not addressing barriers to ground combat officer positions.

A year after the Department of Defense repealed its combat exclusion policy, opening 250,000 positions, 30 women have qualified as Army infantry and armor officers and 32 more are in the pipeline. Not one female Marine has completed officer training in infantry, armor or amphibian assault vehicle specialties, the Service Women’s Action Network said.

SWAN joined with the American Civil Liberties Union, the National Women’s Law Center and Women in International Security to participate in a panel sponsored by Sen. Kirsten Gillibrand, D-N.Y., on Capitol Hill. That the Marine Corps is falling behind is not surprising to these advocates who long warned that the Corps’ resistance to opening combat roles to women, its insistence on segregated training and its all-male infantry culture would have to shift before successful integration could take place.

“The Army has done better in this current phase by a long shot,” said Gillian Thomas, a senior staff attorney at the ACLU’s Women’s Rights Project. “Women are not only succeeding but excelling.”

Among those who spoke were two female Army National Guard second lieutenants who recently advanced to infantry officer positions. Both said they’d worried less about how well they would perform than how they were perceived and that their leadership had embraced them as ordinary officers. There were growing pains: Not many gender-specific bathrooms and occasions where there were open barracks and they had to find separate sleeping accommodations, and both said they had to work harder than their male peers in training to prove themselves, but they were excited.

“I wanted to be challenged, I wanted to see what I was capable of,” said Wednesday Nelson of the Colorado National Guard. “You have to really want it.”

In 2012, a short time before then-Defense Secretary Leon Panetta called for lifting the exclusion, the ACLU filed a lawsuit on behalf of four Army women who wanted to join the infantry. The lawsuit’s resolution was superceded by the Pentagon’s decision to open those jobs, but the ACLU has kept the suit going to monitor implementation, Thomas said.

Some issues have emerged. While women are faring better in the Army, they are not receiving gender-specific equipment like rucksacks or body armor, which puts them in danger and hinders their performance, she said.

Another big hurdle: the policy embraced by the Army and the Marines known as “Leaders First,” in which female leaders have to be in place before entry level women can join. In the Army, there has to be at least one officer in place for 30 days. In the Marine Corps, the requirement is two female officers in place for 90 days.

Since there are no female Marine Corps infantry or armor officers, the Corps placed female non-commissioned officers in support positions in one unit, the 1st battalion, 8th Marines, at Camp Lejeune, N.C., where the first three enlisted women approved to Marine infantry positions were assigned.

Thomas said that this perpetuates segregation by not requiring male officers to assume leadership of female soldiers and Marines, and by further isolating female Marine infantry members in a single unit.

“It’s a barrier that no male soldier will ever face,” she said. “That’s not true integration.”

Another obstacle, she said, is the Marine infantry officers’ course, which requires candidates to complete a long hike carrying 150 pounds.

Thomas said that creates “an artificial barrier” that has prevented women from passing the officers’ course.

Thomas and others warned that the segregation of women and men in boot camp builds inherent bias against women, who receive “subpar training” and don’t perform as well so that by the time they join their male peers, the message that they are “second-class citizens” has been cemented.

“We need to consider the impact of segregation, the impact it has had preventing women from being able to perform in combat,” said retired Marine Corps. Lt. Col. Kate Germano, who is now with SWAN.

Wednesday’s panel comes just weeks after a scandal erupted over a Facebook group of 30,000 current and former Marines called Marines United where some members had posted nude photos of female Marines and called for sexual violence. Thomas said the current culture in the Corps “breeds contempt.”

Capt. Greg Jacob, a former Marine Corps training company commander who instituted the “One Marine One Standard” policy that required women in his company perform to the same standards as men, said his policy not only pushed the women to meet a higher standard, it pushed the men to perform better as well.

“By alleviating the segregation, having men and women training together, hitting standards together – that is the key to integrating women into the Marine Corps,” he said. “It works.”