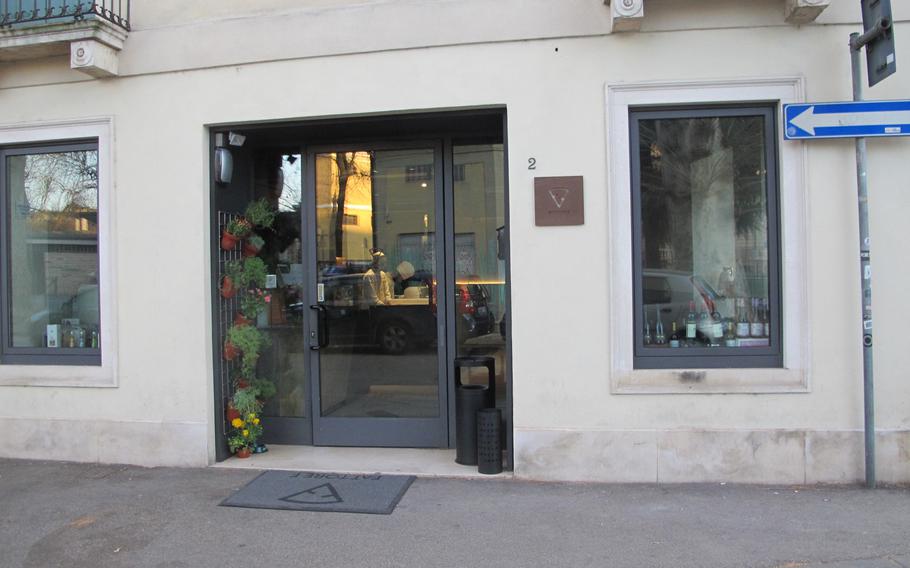 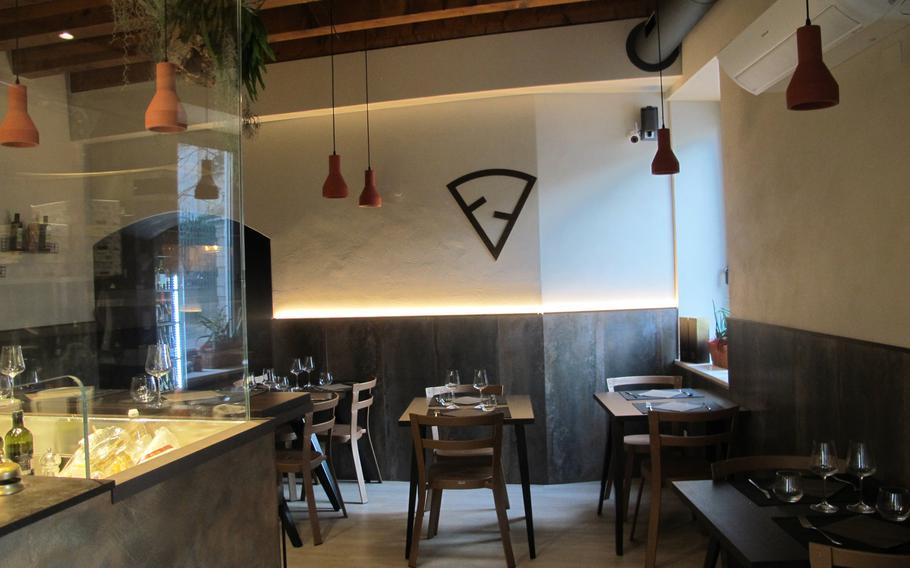 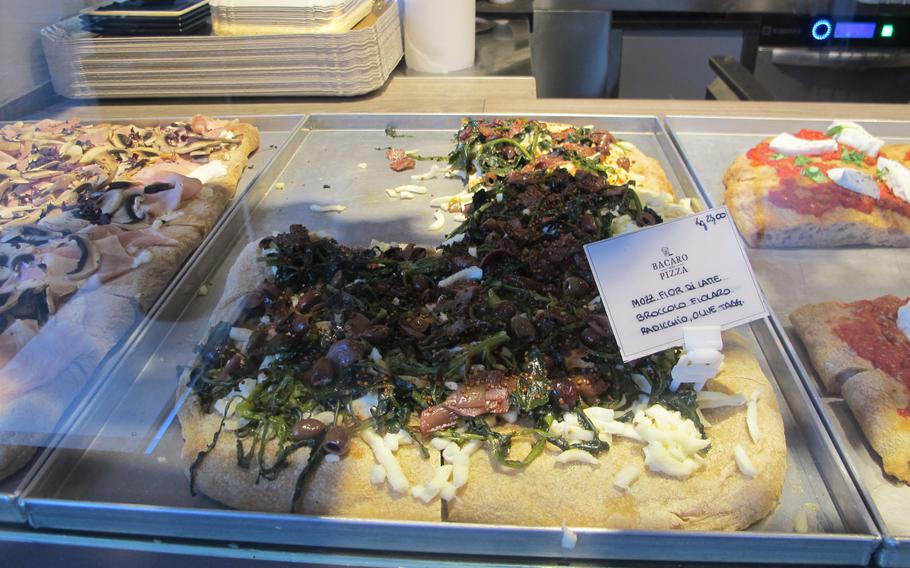 Buy Photo
Fattore F in Vicenza, Italy, sells pizza to go priced by weight in addition to 16 pizzas on the menu. Pictured is pizza with mozzarella, radicchio, olives and broccoli fiolaro, a locally-grown type of broccoli. (Nancy Montgomery/Stars and Stripes) 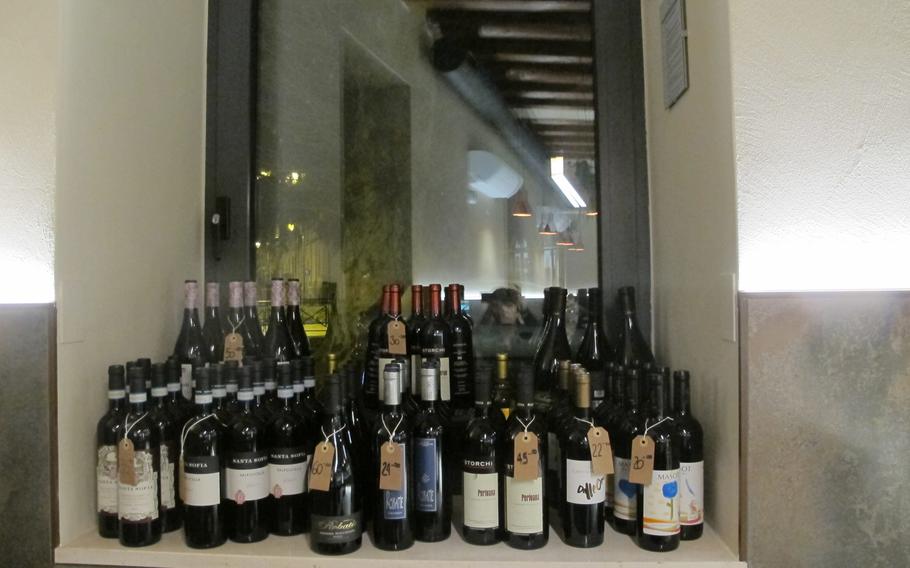 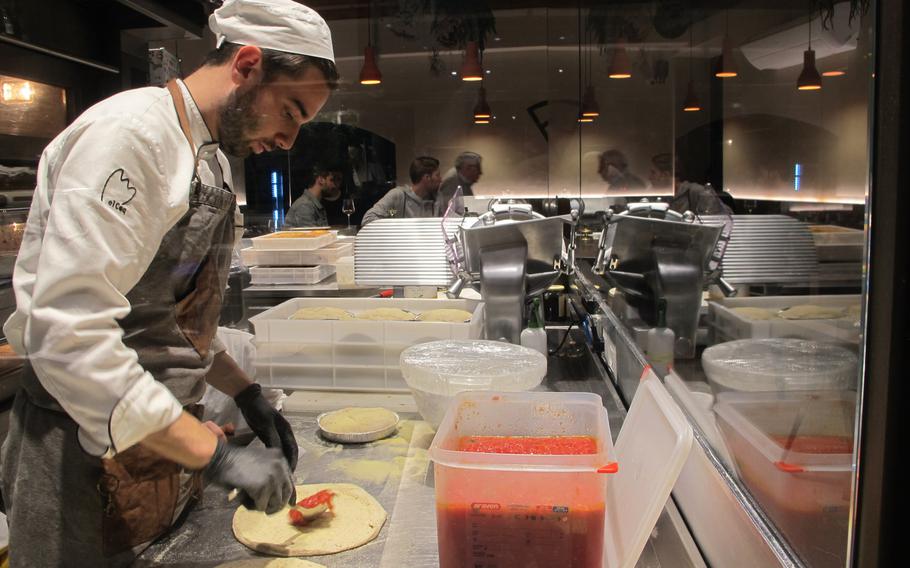 Buy Photo
Patrons of Fattore F in Vicenza can watch their dinners being made. (Nancy Montgomery/Stars and Stripes) 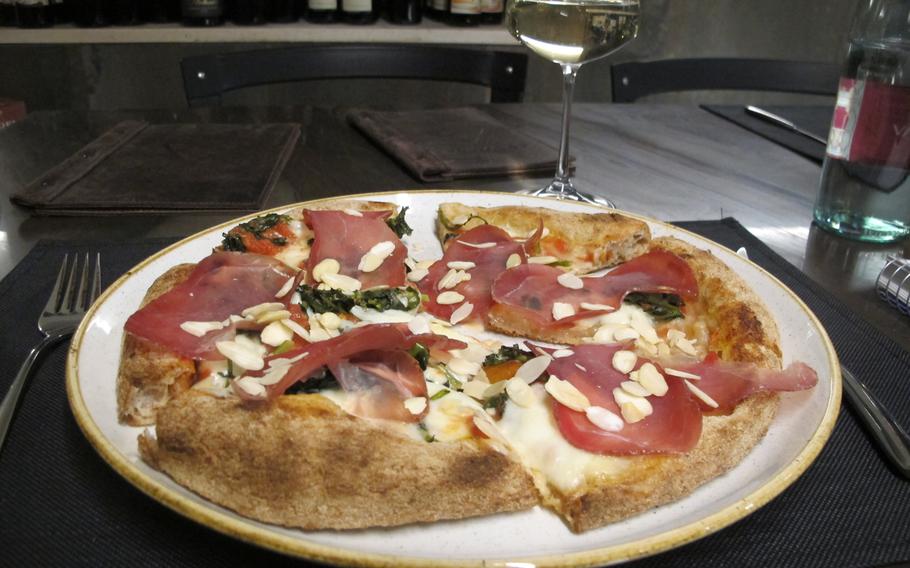 Gourmet pizza — a contradiction in terms? Not anymore. And it’s gone way beyond chicken and goat cheese.

The newest local addition to the concept is Fattore F, a small pizza place in downtown Vicenza named for its two owners whose last names start with the letter F. According to Google, the name is also short for, in English, the “fertility factor,” which allows genes to be transferred from one bacterium carrying the factor to another bacterium lacking the factor by conjugation. Whether the owners know that is unclear.

What is clear is, they know how to make some yummy pizzas. Sixteen types, in fact.

A pizza here isn’t merely topped with mozzarella. It’s topped with DOP Malga Verde, Asiago cheese from a dairy that “exalts an ancient tradition of protecting the environment, grazing cows and the consumer.”

On a recent visit I went with Il Cinghiale, or the wild boar. Mostly because I liked the faintly ridiculous idea of wild boar from Umbria on pizza. But also because it had sauce from organic San Marzano tomatoes, pan-seared kale, chopped almonds and mozzarella from — well, that translated to “Apulian milk flower of Andria.”

In fact, most of the pizza descriptions are several lines long and require some heavy translational lifting. My waiter did speak some English, which was the only reason I knew vaguely what I was getting.

The pizza was 15 euros, about $17. It was terrific. The slices of boar were not the tastiest component, as it turned out. The cheese, greens and almonds together were amazing.

The crust was perfect — crunchy on the outside and chewy inside. The waiter told me that had to do with letting the dough rest for 18 hours, then adding the yeast.

Fattore F offers a classic pizza Margherita with tomato sauce, basil and buffalo mozzarella from the Rivabianca dairy known as “the mozzarella of the angels,” for 9 euros.

Its most expensive pizza, 23 euros, features burrata cheese from Apulia, and, I kid you not, scallops seared in Trinidadian rum atop a bed of fresh spinach. The restaurant in addition sells already-made pizza slices to go priced by weight.