Go to Kobe for the beef, stay for the pork buns and European cityscapes 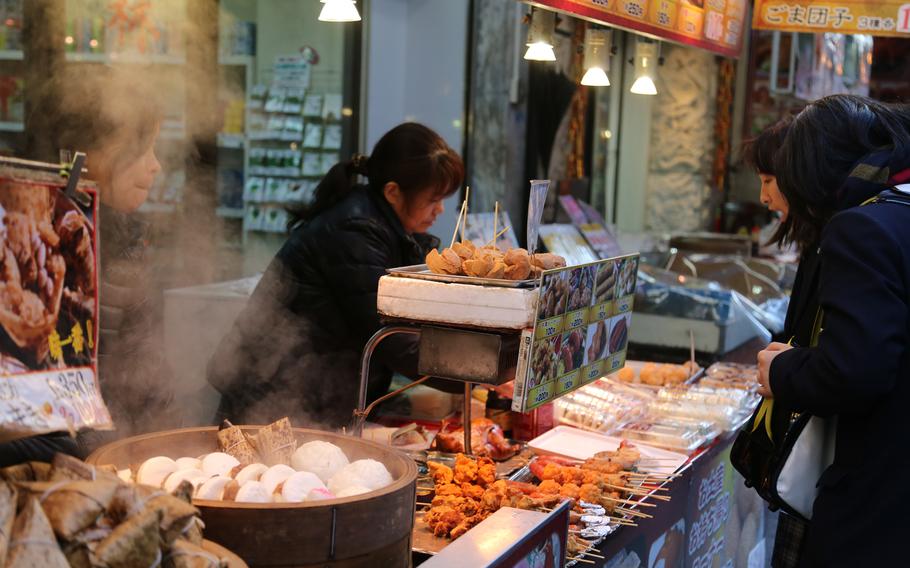 Numerous stalls in Kobe's Nankinmachi sell a variety of Chinese snacks and treats, from pork buns to soup dumplings. (Aya Ichihashi/Stars and Stripes)

Numerous stalls in Kobe's Nankinmachi sell a variety of Chinese snacks and treats, from pork buns to soup dumplings. (Aya Ichihashi/Stars and Stripes) 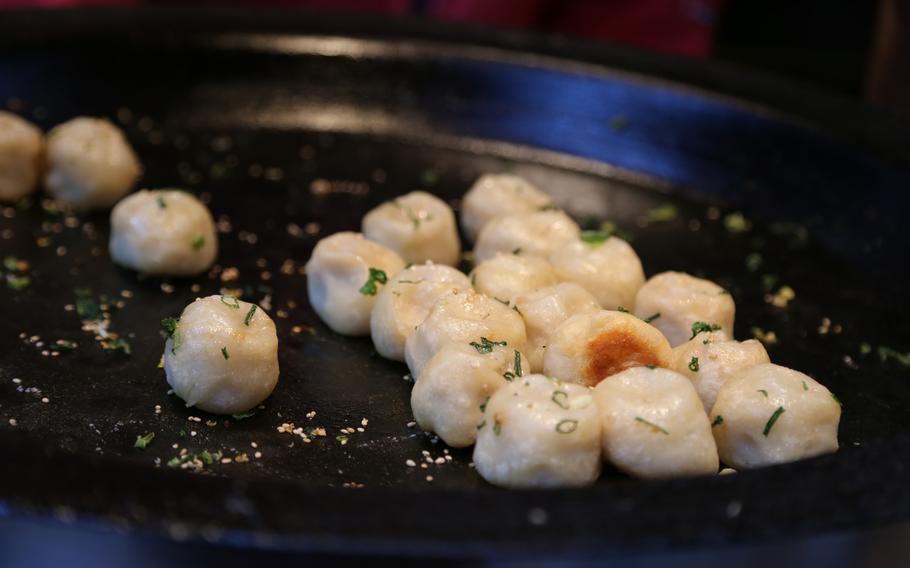 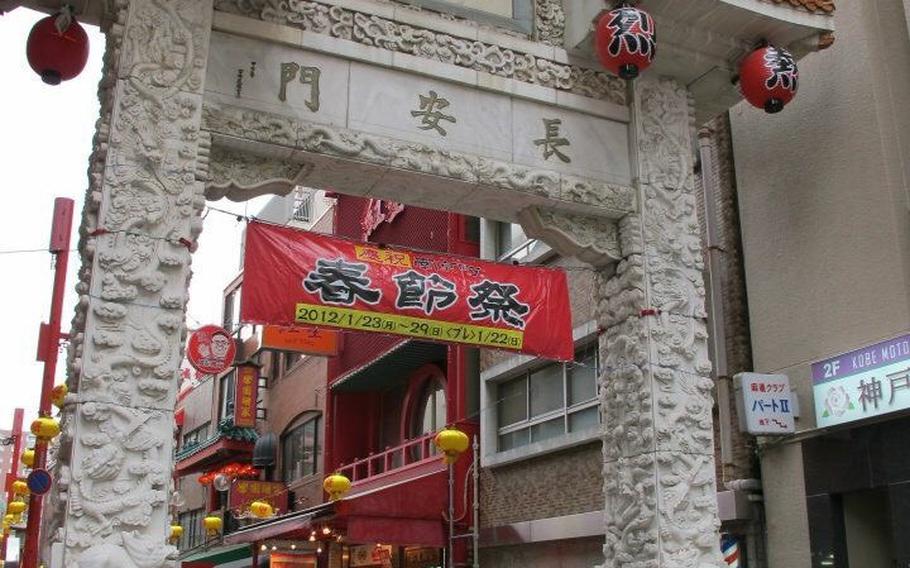 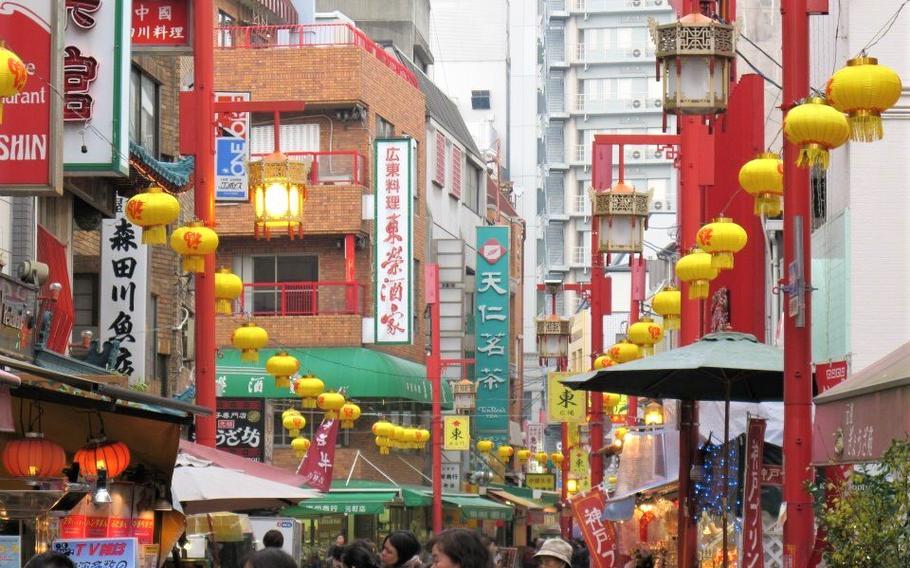 Nankinmachi is one of the biggest Chinatowns in Japan, and features more than 100 shops selling a variety of traditional Chinese and Chinese-influenced sweets and snacks. (Aya Ichihashi/Stars and Stripes) 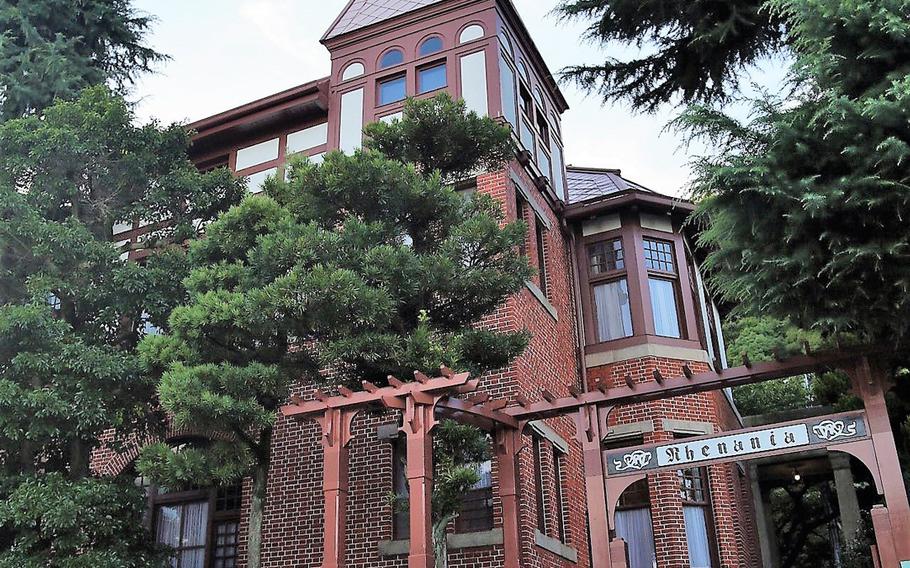 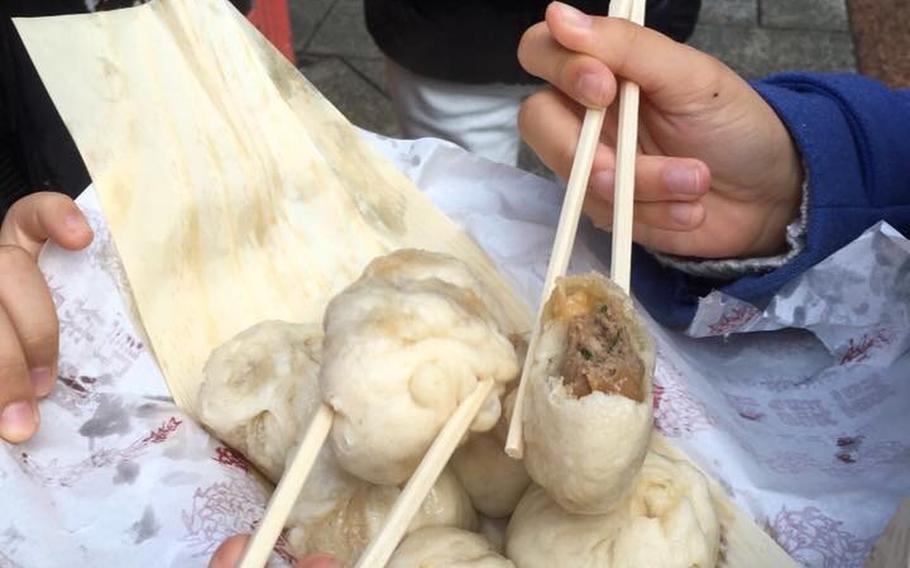 The outside of Roshoki's famous pork buns is fluffy and sweet, while the inside is perfectly seasoned and juicy. (Aya Ichihashi/Stars and Stripes) From Kobe Harbor, tourists can catch a glimpse of the city's iconic Kobe Port Tower, which is often illuminated at night. (Aya Ichihashi/Stars and Stripes)

Located just one hour by train from Kyoto and just 30 minutes by train from Osaka, Kobe is a port town that rose to prominence in the 1860s as a hub for foreign trade in Japan. The city is well known for its role in helping popularize a variety of western commodities throughout the country — including western-style clothing and coffee.

These days, Kobe still shows signs of its roots as a multicultural and global city, with European-style buildings and a thriving Chinatown among some of the area’s most popular tourist attractions.

I always enjoy walking around Kobe’s Motomachi neighborhood — also known as Kyukyoryuchi, which means former foreign settlement — as it feels more Parisian than Japanese. The area was originally designed by British merchants who settled in Kobe during the late 19th century, and many of the brick and stone buildings in the neighborhood are reminiscent of buildings found in Western countries from the same time period.

During World War II, more than 70 percent of these historic buildings were burned to the ground. In 1995, the Hanshin-Awaji Earthquake destroyed an additional 22 buildings in Motomachi. Now, just 82 of the neighborhood’s original buildings remain.

Another popular historic neighborhood in Kobe once fashionable with the city’s foreign residents is Kitano Ijinkan, which was built to accommodate the population of Western merchants and diplomats who flocked to Kobe in the early 1900s. Much like Motomachi, Kitano Ijinjan was heavily affected by WWII and several natural disasters, and only around 30 of the area’s original buildings remain today.

Nankinmachi, Kobe’s Chinatown, is immediately adjacent to the Kyukyoryuchi area — it is very hard to miss, as a giant gate greets visitors to the neighborhood. Nankinmachi is one of the biggest Chinatowns in Japan, and features more than 100 shops selling a variety of traditional Chinese and Chinese-influenced sweets and snacks.

My favorite food item sold in Nankinmachi is butamanju — a type of steamed pork bun filled with flavorful minced meat and green onion. (Butamanju is more commonly known by its shortened name, butaman, throughout Japan.)

Pork buns were first brought to Japan in the early 20th century and popularized by Roshoki, which opened in Kobe in 1915. The shop still sells the same pork buns (90 yen apiece, or about 80 cents) and is an iconic fixture in Nankinmachi, with patrons lining up around the block to sample its most famous menu item. Visitors to Roshoki can often expect to wait upwards of 30 minutes for their pork buns — but the moist, delicious buns are well worth the wait.

The pork buns at Roshoki are always fresh, and they’re small enough that the average diner can easily eat three or four in one sitting. The outside of the bun is fluffy and sweet, while the inside is perfectly seasoned and juicy. I often have to fight with my friends for the final pork bun — so be sure to order enough, or else you might end up hungry.

Another Nankinmachi standout is Yunyun, which is famous for fried xiaolongbao — better known as soup dumplings — and paitan noodle soup. Xiaolongbao (three pieces for 350 yen) are filled with flavorful broth and minced meat and require a bit of care when eating, as the soup can easily splash across the table when diners bite into the delicate dumpling skins. The paitan noodle soup (400 yen) is quite simple, but the pork and chicken broth make the dish incredibly easy to finish.

For those interested in shopping, Kobe Harbor Land is well worth a visit. There are more than 300 shops and restaurants in the area — some of which offer a chance for tourists to sample the region’s iconic Kobe beef. Kobe beef is famous for its marbling, which produces an extremely tender and juicy cut of meat. I usually enjoy eating Kobe beef with a hint of wasabi and salt to intensify the aroma of the meat.

From Kobe Harbor Land, tourists can catch a glimpse of the city’s iconic Kobe Port Tower, which is often illuminated at night.

For those looking to step into a bit of “old Japan” without sacrificing access to contemporary amenities, Kobe offers the perfect mix of vintage allure and 21st century excitement. From world-class beef to upscale shopping, this trendsetting port town has much to offer to anyone traveling throughout Japan — so if you’re headed to Kyoto or Osaka, don’t forget to make time for Kobe in your itinerary.

Kobe, JapanDIRECTIONS: Kobe is located on Osaka Bay in Japan’s Hyogo prefecture. The city is easily reached by highway bus, plane and high-speed rail — and can be reached by car from most major metropolitan areas in Japan. The city is serviced by the Kobe Airport, as well as the Kansai International Airport. From Kyoto and Osaka, the train is the fastest and most economical option, with trips from Kyoto starting at 1,080 yen (about $9.50) and trips from Osaka starting at 410 yen via the JR Kyoto Line. By train from Tokyo, Kobe is accessible via the JR Tokaido Shinkansen, with one-way tickets starting at 14,000 yen for the 165-minute journey. Highway buses are available for as little as 1,000 yen each way during low season, and many bus operators offer steep discounts for foreign tourists.

COSTS: Costs vary depending on mode of transportation and attractions visited — but a Kobe trip can easily be done on a shoestring budget with a bit of proper planning.

FOOD: A variety of restaurants are available throughout the city.