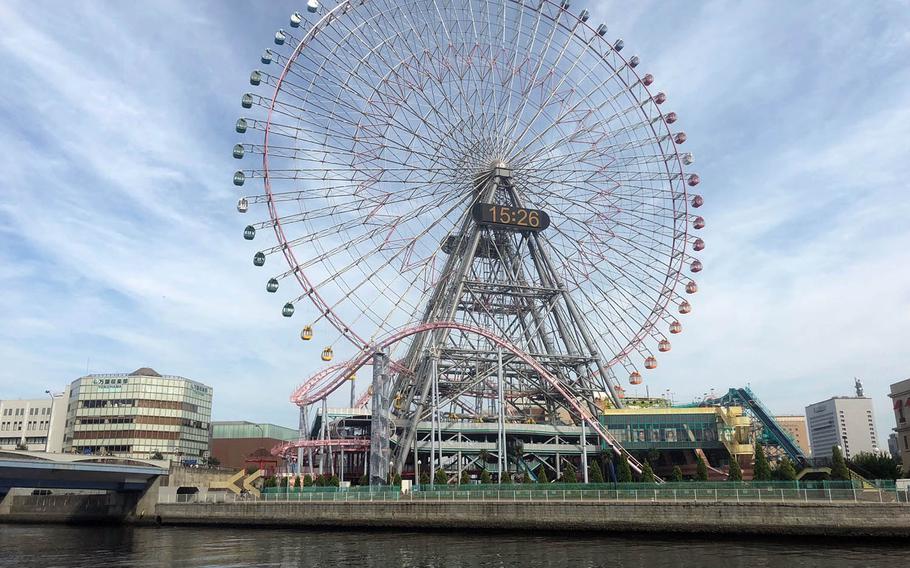 The Ferris wheel inside of Yokohama Cosmoworld looms 369 feet above the Japanese city’s central district. (Caitlin Doornbos/Stars and Stripes)

The Ferris wheel inside of Yokohama Cosmoworld looms 369 feet above the Japanese city’s central district. (Caitlin Doornbos/Stars and Stripes) 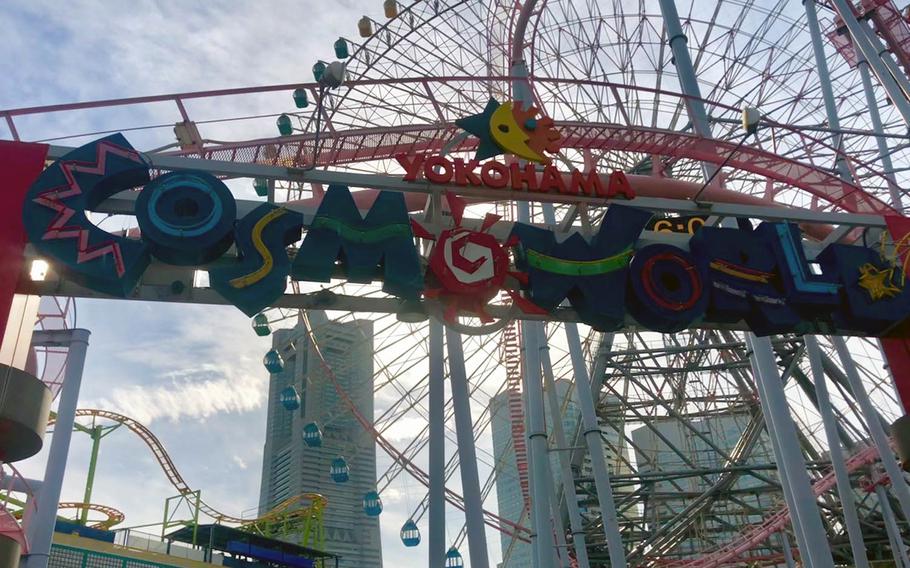 You can find anything from carnival games and bumper cars to roller coasters and water rides at Cosmoworld amusement park in Yokohama. (Caitlin Doornbos/Stars and Stripes) 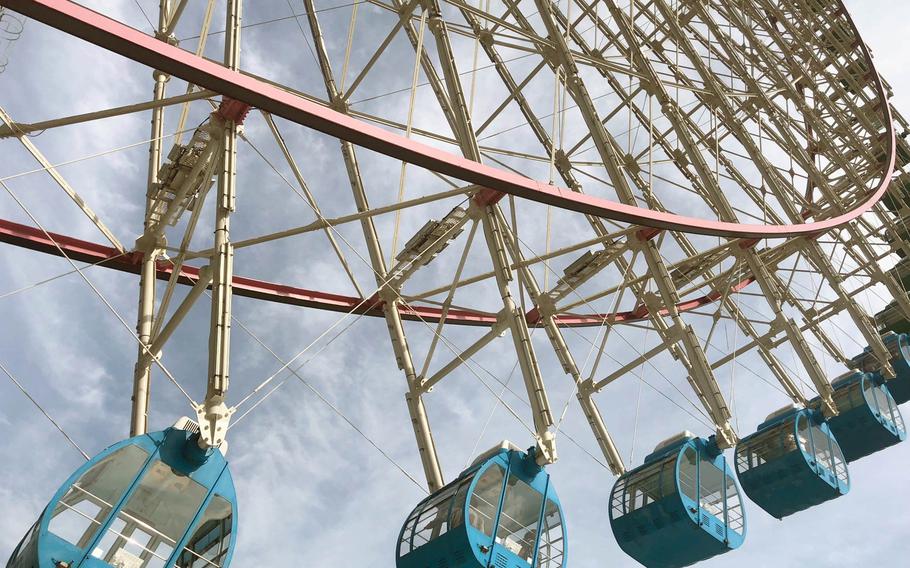 The Ferris wheel at Cosmoworld in Yokohama features enclosed carriages that make the ride up to the 369-foot mark a bit smoother and the 360-degree views easier to take in. (Caitlin Doornbos/Stars and Stripes)

If you’re looking to challenge your bravery while catching mesmerizing metropolitan and seaside views, a ride aboard the jewel of Yokohoma’s skyline will do.

Those stationed at Yokosuka Naval Base may have seen the oversized Ferris wheel located inside Yokohama Cosmoworld at Minato Mirai 21 through their train window while traveling through the city. At 369 feet above Yokohama’s central business district, the ride lights up the sky after dark — and the large digital clock at the center of its spokes can be seen for miles.

The imposing amusement ride is not like those you’d find at your hometown carnival. Riders climb into a carriage enclosed by windows, allowing for 360-degree views without the wind whipping through the cabin. The design helped calm my nerves as I rose into the air, and the enclosed carriage didn’t rock too violently in the cool winds sweeping off the bay.

Inside, an interactive touchscreen points out major points of interest seen from the Cosmo Clock. Click “English” on the display for a narration of fun facts about the wheel and the surrounding area.

Be forewarned, however; this is not a ride for those afraid of heights. A sailor also on the ride, who is far braver than I’ll ever be, kissed the ground once he stepped off this towering Ferris wheel.

The ride lasts about 15 minutes, but once you climb off there’s more fun just steps away. Cosmo Clock sits at the heart of Cosmoworld amusement park, where you can find everything from carnival games and roller coasters to bumper cars and water rides.

And if all the excitement ramps up your appetite, there are concession stands at the venue or the Cup Noodles Museum — where you can personalize your own ramen concoction — just a three-minute walk away.

DIRECTIONS: Head southeast from Minatomirai Station and walk straight through the shopping center next to Yokohama Minato Mirai Hall. You’ll then be able to see the Ferris wheel.TIMES: Cosmo Clock 21 opens every day at 11 a.m. and closes between 8 p.m. and 10 p.m., depending on the day. The Ferris wheel takes its last rider 15 minutes before closing. To check closing times, visit cosmoworld.jp/calendar.COSTS: 800 yen (about $7.50) per person. Free for children younger than 3. Purchase tickets at the entrance. Up to eight people can ride in a single carriage.FOOD: Carnival food, including hot dogs and french fries, is available at Yokohama Cosmoworld.INFORMATION: Online: cosmoworld.jp