Germanisches National Museum in Nuremberg features armor and much more Buy Photo
Medieval paintings are among the artwork on exhibit at the Germanisches National Museum in Nuremberg. It's said to be the largest cultural history museum in the German-speaking world. (Martin Egnash/Stars and Stripes) 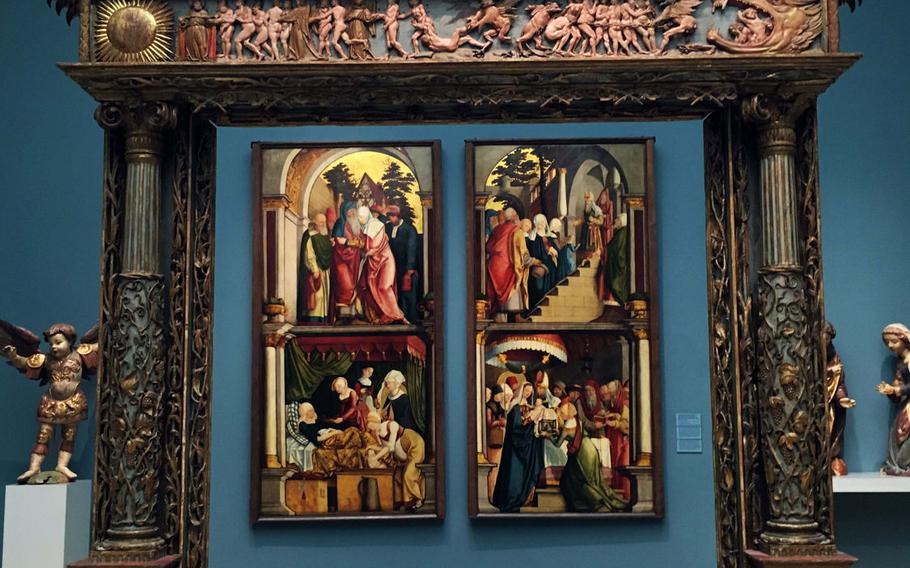 Buy Photo
This work of Renaissance art is on display at the Germanisches National Museum in Nuremberg, which is just an hour's drive away from U.S. Army Garrison Bavaria. (Martin Egnash/Stars and Stripes) 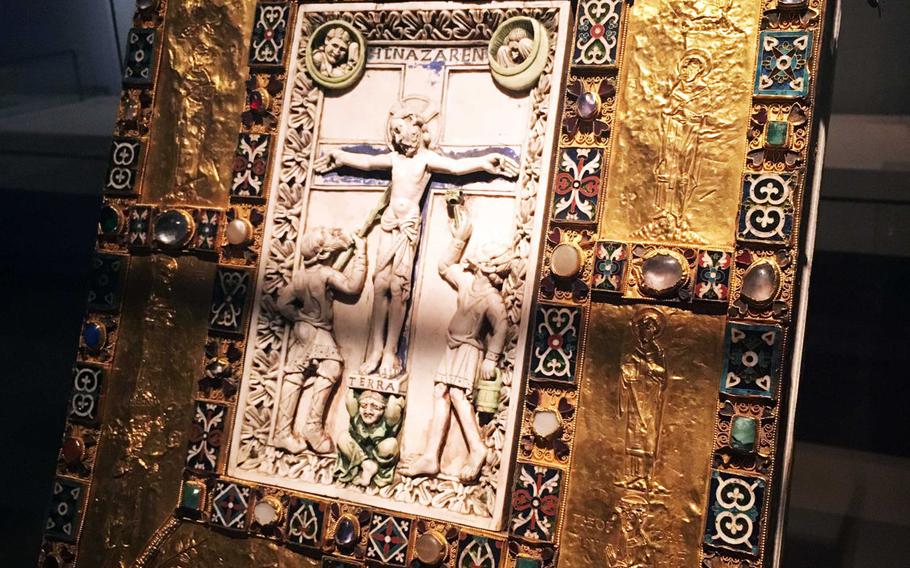 Buy Photo
A 1,000-year-old gold-bound bible is among the treasures at the Germanisches National Museum in Nuremberg, Germany. (Martin Egnash/Stars and Stripes) 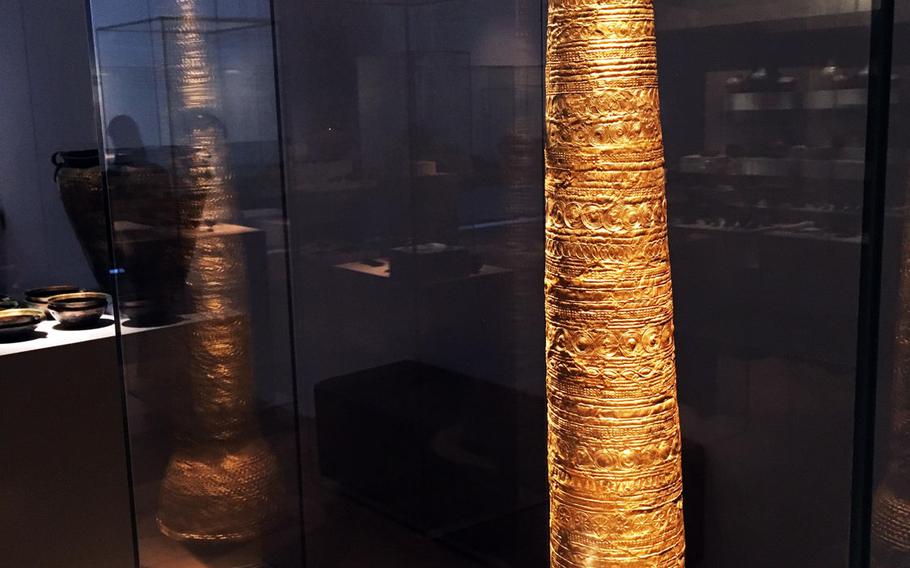 Buy Photo
This gold, bronze-age sun priest ceremonial hat is among more than a million artifacts and works of art at the Germanisches National Museum in Nuremberg, Germany. (Martin Egnash/Stars and Stripes) 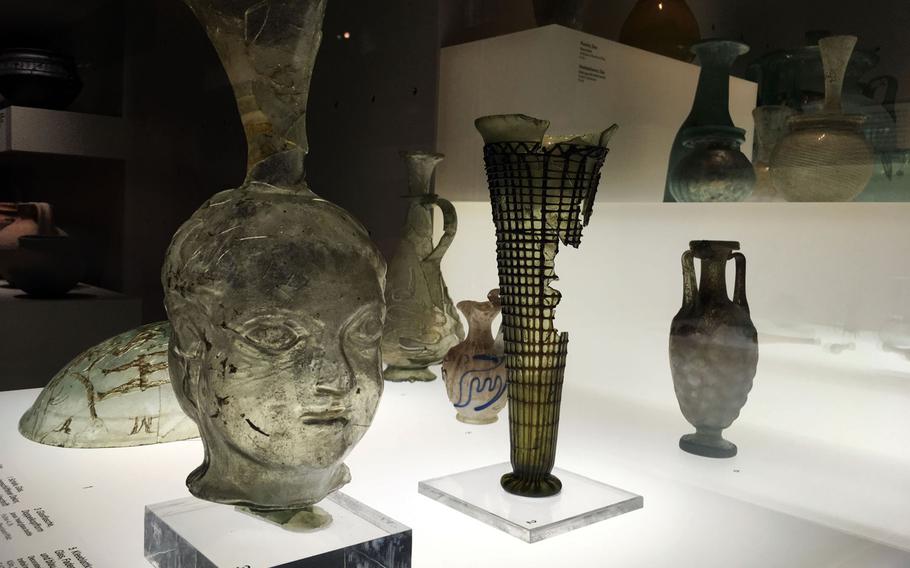 Buy Photo
Glassware from Roman times on display at the Germanisches National Museum in Nuremberg, Germany. (Martin Egnash/Stars and Stripes)

The Louvre and the British Museum may be far more famous, but Germany has its own giant repository of art and artifacts, and it’s just about an hour away from U.S. Army Garrison Bavaria.

The Germanisches National Museum in Nuremberg is the largest cultural history museum in the German-speaking world, holding 1.3 million historical artifacts within its sprawling walls.

The museum is located across the street from the train station, just within Nuremberg’s Old Town. If you’re walking from the station, take your first left. You won’t be able to miss the mass of structures that form the museum.

The building itself is worth a second look. A large part of the museum used to be a 14th-century Carthusian monastery. But many neo-Gothic augmentations create this giant, Frankenstein-like conglomeration of a museum.

Inside, there’s plenty to see: long halls of Renaissance paintings, caverns of Bronze Age Germanic jewelry, and enough arms and armor to a equip a host of medieval knights.

Among the artists represented are the prolific court painter of Saxony, Lucas Cranach the Elder, and hometown hero Albrecht Duerer, who put Nuremberg on the map at the height of the Renaissance. Duerer inspired the Italian artists Titian and Raphael with his engravings and paintings.

The ancient history section has items from many Germany tribes — Ostrogothic arm bands and vases from when the Romans controlled much of north-central Europe. This section’s highlight is the 3-foot-tall golden cone headdress from a Bronze Age sun priest, which was hammered from a single piece of gold and decorated with 154 rows of mysterious symbols.

The arms and armor fill a vast, modern room that could be a museum in itself. Giant display cases circle the room around more than a dozen suits of armor in jousting position. The cases show weapons from many periods, such as the curved 16th-century two-handed long swords used by the Landsknecht mercenaries, some as tall as a man, and flintlock pistols used in the Thirty Years’ War.

If you need to take a break, there is a great cafe downstairs that has coffee and cakes.

Even if you manage to fully recuperate at the cafe, there’s no way you’re going to take in the whole museum in one visit. I suggest seeing one or two sections, then coming back another day. This is a museum that’s worth more than one visit.

Directions: The museum is just about one hour south of Grafenwoehr in Nuremberg’s Old Town. The museum is closest to the gate directly across from the train station.