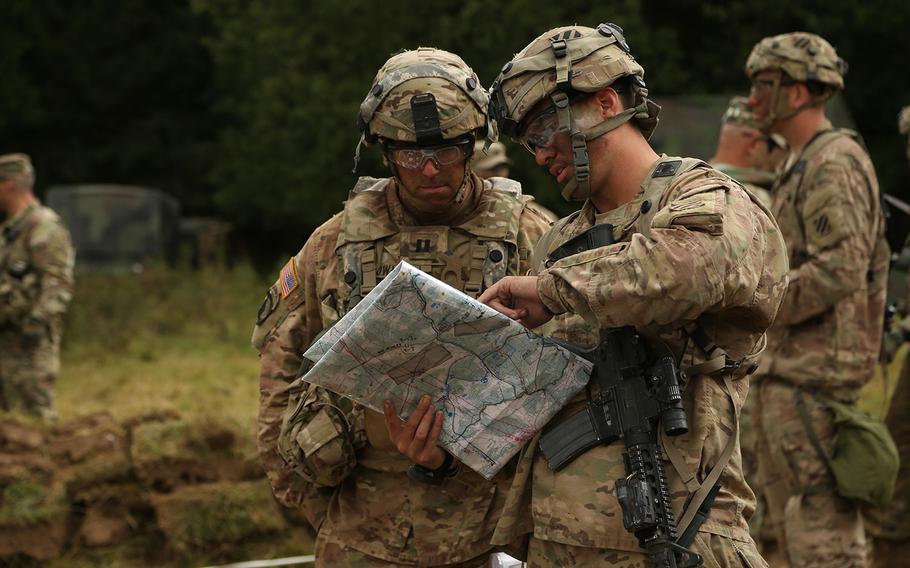 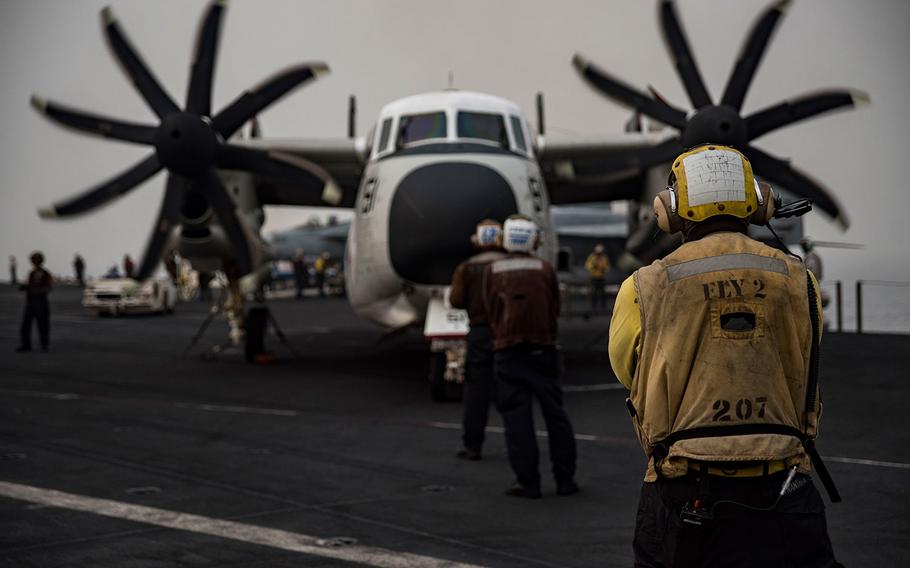 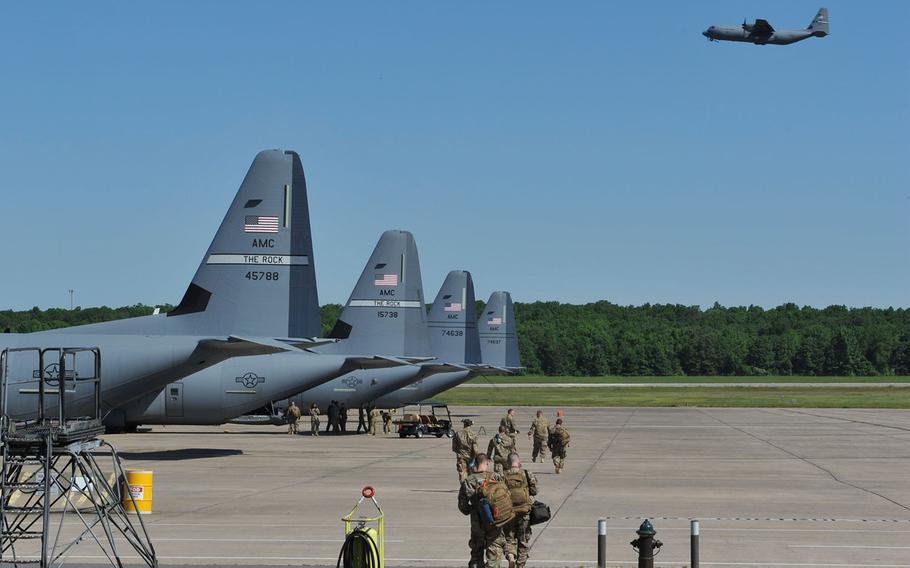 U.S. Air Force service members walk out to their aircraft for a routine deployment to Southeast Asia on April 5, 2016 from Little Rock Air Force Base, Ark. A new Air Force "climate survey" suggests that years of Pentagon downsizing and cuts driven by the congressional budget sequester have taken a toll on its military and civilian workers -- an issue the service's leaders have raised repeatedly. (Jeremy McGuffin/U.S. Air Force) 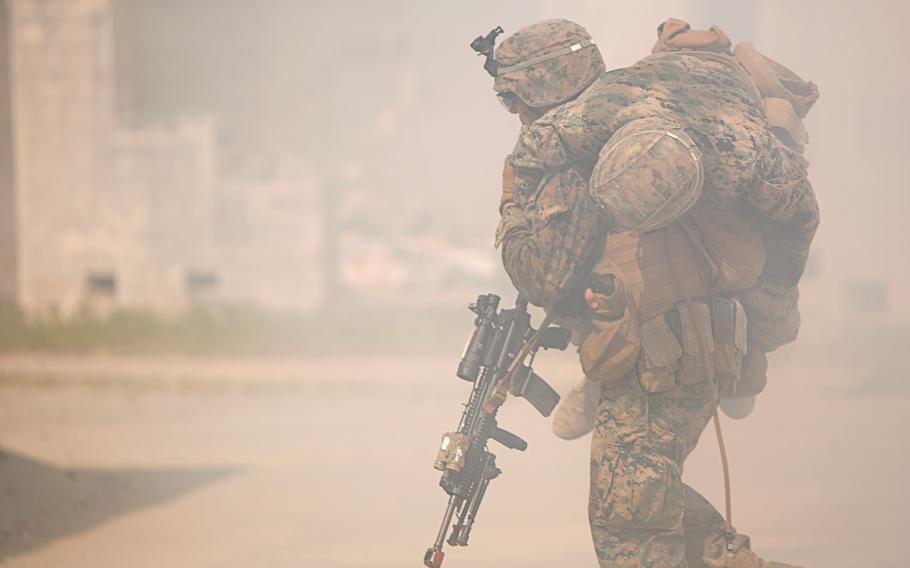 WASHINGTON — The military’s ability to fully train and equip its forces is “at risk” and the military might struggle with readiness for another 10 years, the Government Accountability Office reported Wednesday.

In a declassified version of their June 2016 report on military readiness challenges, the government watchdog agency found that after almost 15 years of war, each of the services has identified rebuilding readiness — the ability of U.S. forces to fight — as a top priority.

However, military planners still lack information needed to make key decisions. For example, DOD is still trying to figure out what it needs to be ready for and how much it will cost to restore readiness.

“We found some fundamental challenges with the overall readiness recovery effort,” the GAO found.

In its response, DOD said that it is still working with the services to identify possible threats.

“DOD is currently working to define for the services the ‘ready for what,’ which will provide the target for their readiness goals,” the Defense Department wrote in its official comments on the GAO’s report.

In the meantime, each of the services continues to struggle under the combined pressure of limited budgets and increasing operational demands. To meet the need, the services have prioritized training and equipping deployed units, often at the expense of units left at home. In addition, the military is pressed to rebuild as potential competitors, such as China, field more modern weapons.

“It will be a decade or more before many parts of the force reach the readiness goals that are currently being sought,” GAO director John Pendleton said. “You don’t know how bad readiness is until you are specific about its goals.”

A Stars and Stripes investigation into readiness of the Navy and Marine Corps’ F/A-18 fleet published last week found that the number of accidents involving the aircraft has jumped 44 percent since the sharp budget cuts known as sequestration.