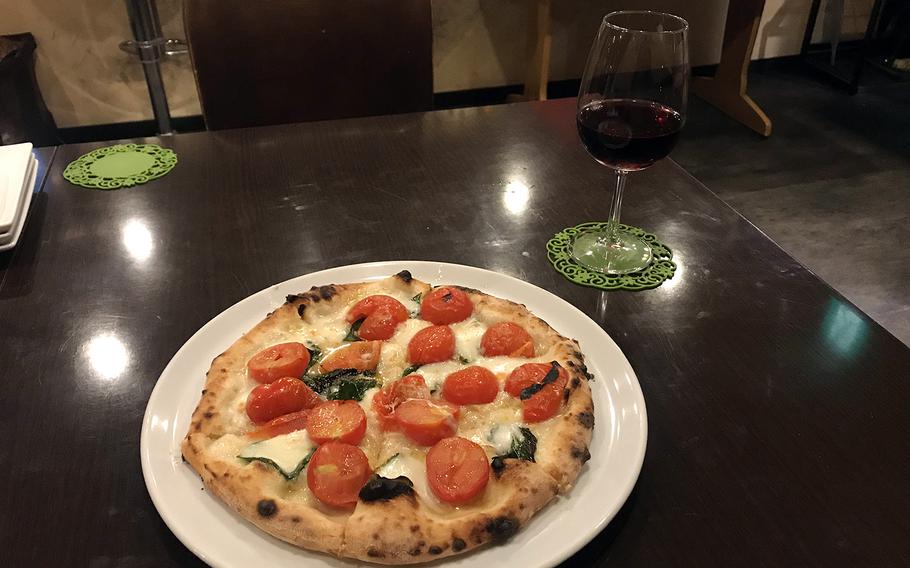 The Doc from Fukuoka Pizza in Iwakuni, Japan, is topped with cheese, fresh basil and sweet cherry tomatoes. (James Bolinger/Stars and Stripes)

The Doc from Fukuoka Pizza in Iwakuni, Japan, is topped with cheese, fresh basil and sweet cherry tomatoes. (James Bolinger/Stars and Stripes) 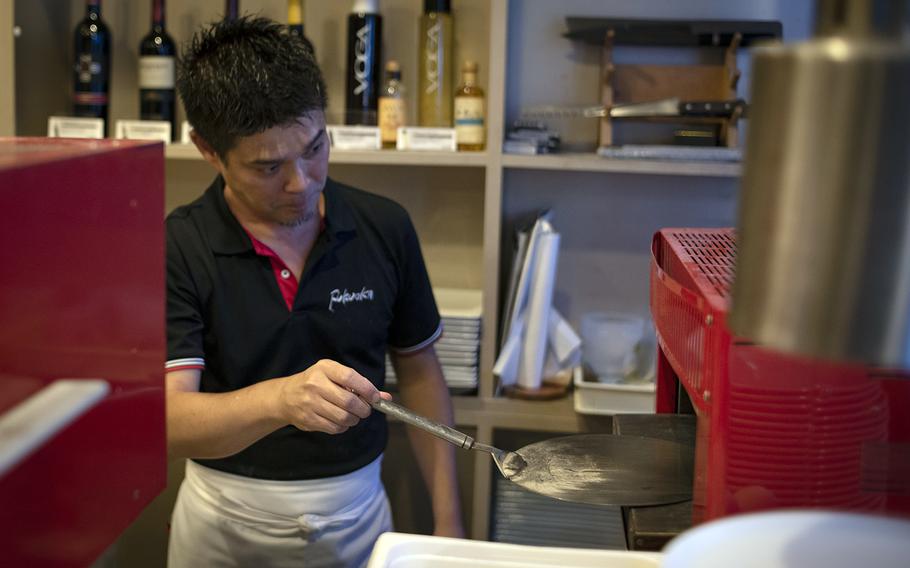 Yoshinobu Fukuoka, who has been in the restaurant business for nearly 30 years, prepares a meal at his namesake eatery, Fukuoka Pizza, in Iwkauni, Japan, June 26, 2020. (James Bolinger/Stars and Stripes) 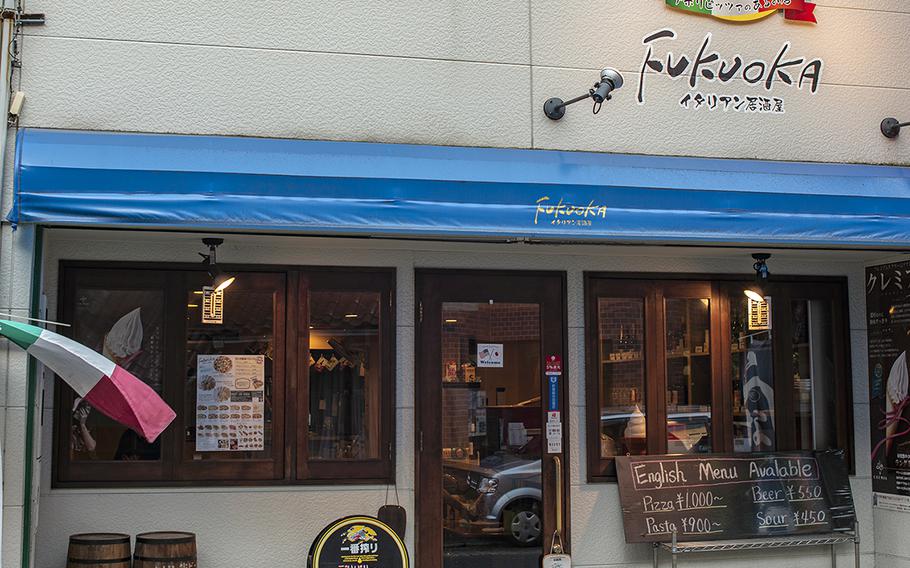 Fukuoka Pizza near Marine Corps Air Station Iwakuni, Japan, is a family friendly Italian restaurant that has been a staple for locals since 2013. (James Bolinger/Stars and Stripes)

For me, there is only one go-to restaurant for the perfect slice, and that’s Fukuoka near the city’s Naka Dori shopping district, often referred to by Americans as the yellow brick road.

The owner, Yoshinobu Fukuoka, has spent nearly three decades in the restaurant business, a trade he learned from his father, who owned the yakitori establishment next door.

Yoshinobu, who has a background in French, Italian and American cuisine, decided to open an Italian restaurant since Italy and Japan have some similarities, he recently told Stars and Stripes. Both countries are surrounded by ocean and serve lots of seafood.

Since its inception in 2013, the restaurant’s concept has been to serve food that is good for you, Yoshinobu said. The ingredients are fresh, organic and grown in Japan, preferably in the local area. Nothing is ever frozen.

This dedication to quality ingredients comes to life on every pizza that leaves the Fukuoka ovens, and I’ve tried about half the pies on the menu.

My favorite is called The Doc. It’s 10 inches of cheesy excellence topped with fresh basil, olive oil and loads of sweet cherry tomatoes that leave the oven piping hot and the skin slightly blistered.

An aroma of basil fills your nostrils when The Doc is delivered to your table. The tomatoes, however, are the real stars topping this pie. They burst when you bite them, and you get one with every bite. Fukuoka does not skimp on toppings.

These tomatoes taste like they came off the vine that morning. Alone they are worth the 1,300 yen — about $12 — that you pay for this masterpiece.

“It tastes different when you use fresh ingredients. It’s delicious,” Yoshinobu said.

Quality food is often best when paired with a quality drink and The Doc is excellent with a dry red wine from Fukuoka’s excellent selection.

Two house reds from Italy are kept at a proper cellar temperature of 55 degrees. The bar has a selection of other red and white wines, beer and liquor, so everyone at the table can have their drink of choice.

Yoshinobu recommends the pasta with lobster for 1,980 yen, which is popular with his American customers. He also suggests the Diabola, an 1,100-yen spicy pizza without tomato sauce and topped with chicken, pepperoni, cheese and red pepper.

I can attest that the Diabola is excellent.

His final recommendation is the steak for 1,980 yen, which is cooked with Japanese beef.

Fukuoka is a family friendly establishment. The staff is welcoming although they don’t speak English. The atmosphere is quiet and reserved.

The restaurant does takeout and delivery, and accepts yen and all major credit cards.

Directions: About a five-minute walk from the Iwakuni train station. Paid parking is available in several nearby lots.