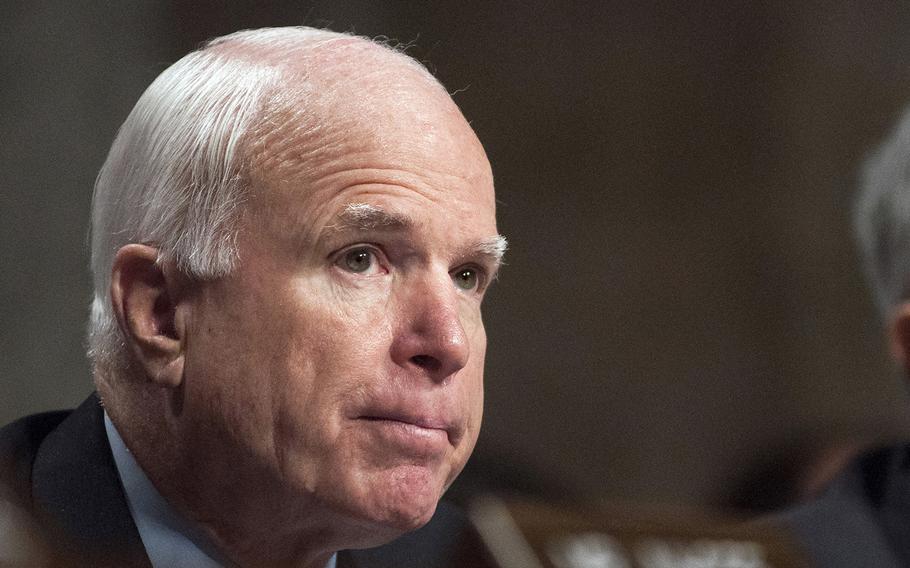 WASHINGTON — A year later, only one employee linked to the biggest scandal in the Department of Veterans Affairs’ history has been fired, and frustration is mounting on Capitol Hill.

Sen. John McCain said he was “deeply disturbed” Thursday by the lack of action, and Rep. Jeff Miller, R-Fla., introduced a bill that would allow the VA secretary to fast-track the firing of any corrupt or incompetent employee. Congress granted the same power over senior VA executives in August, but the department has shied from using it.

Last year, whistleblowers and audits revealed about 70 percent of VA hospitals and clinics manipulated records to hide long delays in patient care. VA documents released to the media this week by Miller’s Veterans Affairs Committee show that only one senior executive connected to the scandal was fired – though not for tampering with the patient wait lists.

McCain pointed to claims by VA Secretary Bob McDonald, who was confirmed by the Senate last summer in hopes he would fix the deeply dysfunctional agency, the government’s second largest with about 280,000 employees.

“Secretary McDonald stated earlier this year that 60 employees involved had been fired, then claimed 14 had been removed, and now we find out that at most three people have been fired,” McCain said in a released statement.

Rep. Kevin McCarthy, R-Calif., the House Republican majority leader, jabbed at McDonald’s claims too and said the problems at the VA are made worse when it repeatedly misleads about its practices.

If fact, the only employee who was connected to the wait-list scandal and later fired was Sharon Helman, who was the director of the Phoenix VA where 3,500 patients were on secret wait lists. But Helman was terminated in December for accepting inappropriate gifts such as a trip to Disneyland and Beyonce concert tickets and not for the records manipulation.

One other executive was allowed to retire, three were temporarily suspended and a second firing is pending, according to the VA documents given to House and Senate oversight panels.

“This is unacceptable. Congress made sure that the VA reform bill passed last year specifically included provisions enabling swift accountability for employees, which have clearly not been utilized,” McCain said.

But the VA bulked at the changes to rules that govern the hiring and firing of employees across government agencies, saying the fast-track terminations may be overruled on appeal. The department said it fired Helman using the new law, though the former director remained on paid leave for months.

Miller’s bill drastically expands the reach of the new powers from several hundred senior executives to hundreds of thousands of VA employees.

“From Philadelphia to Reno, Nev., to Nashville, Tenn., to Phoenix, VA’s tradition of transferring problem workers, putting them on paid leave or simply allowing them to go virtually unpunished continues because current civil service rules make it extremely difficult to properly hold employees accountable,” Miller said in a release.

Veteran groups were getting behind the bill Thursday, including the VFW, Iraq and Afghanistan Veterans of America and Concerned Veterans for America.

“VA employees need to understand that if they harm veterans, then they will be fired. This bill delivers on that idea and is worthy of our support,” Raymond Kelley, the VFW national legislative service director, said in a statement included with Miller’s announcement.