From hiking and spelunking to alpine roller coasters, there’s no shortage of things to do in Pottenstein 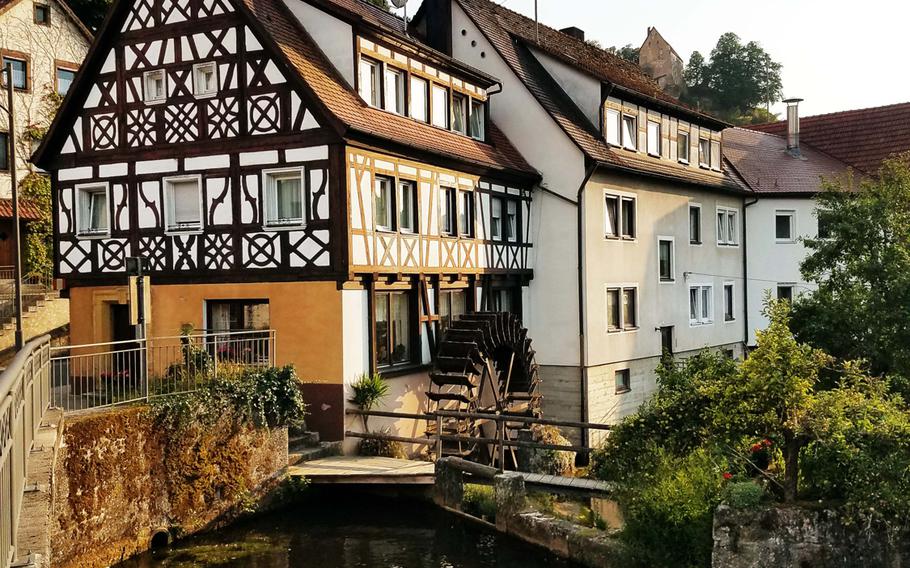 Buy Photo
A former mill, now a hotel, in Pottenstein, Germany. The village has recreational attractions that make it much more than just quaint tourist destination. (Martin Egnash/Stars and Stripes)

Buy Photo
A former mill, now a hotel, in Pottenstein, Germany. The village has recreational attractions that make it much more than just quaint tourist destination. (Martin Egnash/Stars and Stripes) 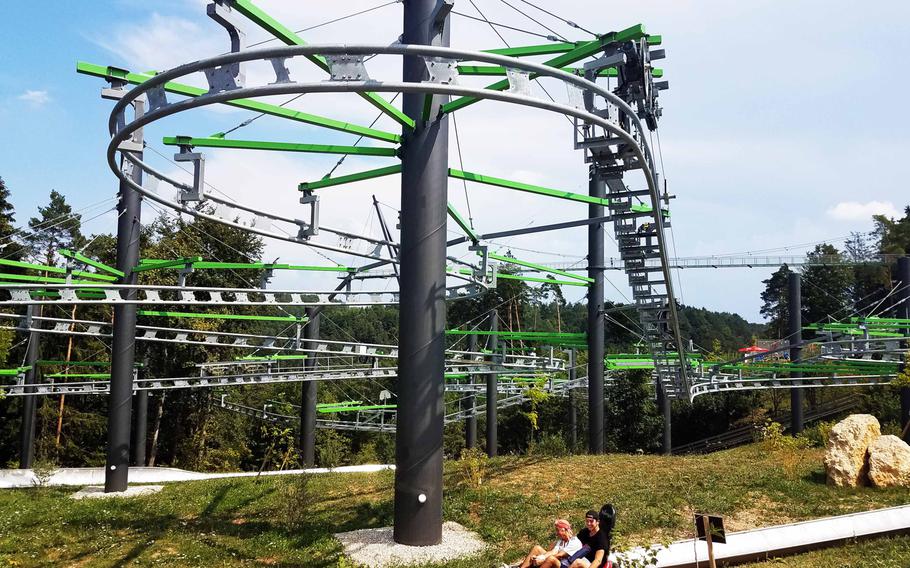 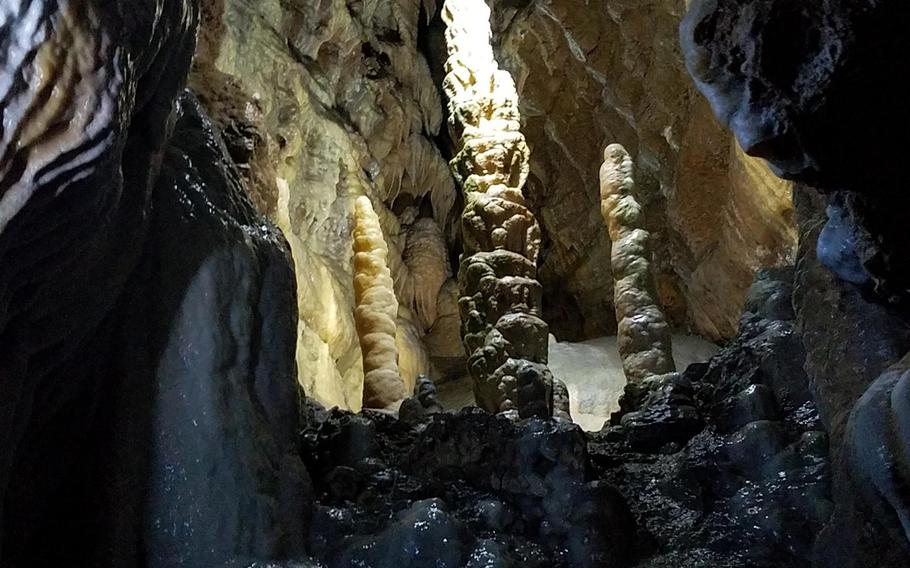 Buy Photo
Stalagmites rise from the floor of the Devil's Cave in Pottenstein, Germany. (Martin Egnash/Stars and Stripes) 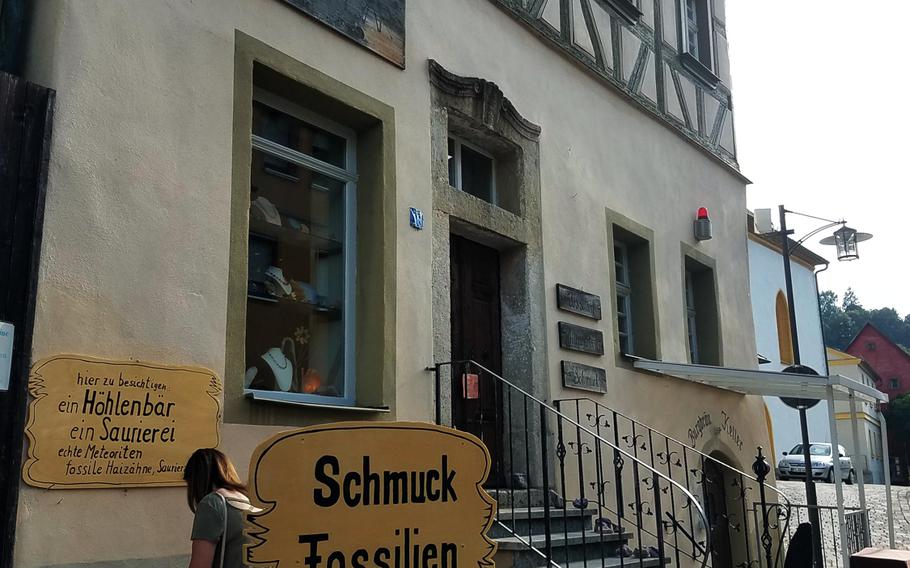 Buy Photo
Fossils of all kinds can be found in Pottenstein, Germany. Here's a shop selling fossils together with minerals and jewelry. (Martin Egnash/Stars and Stripes) 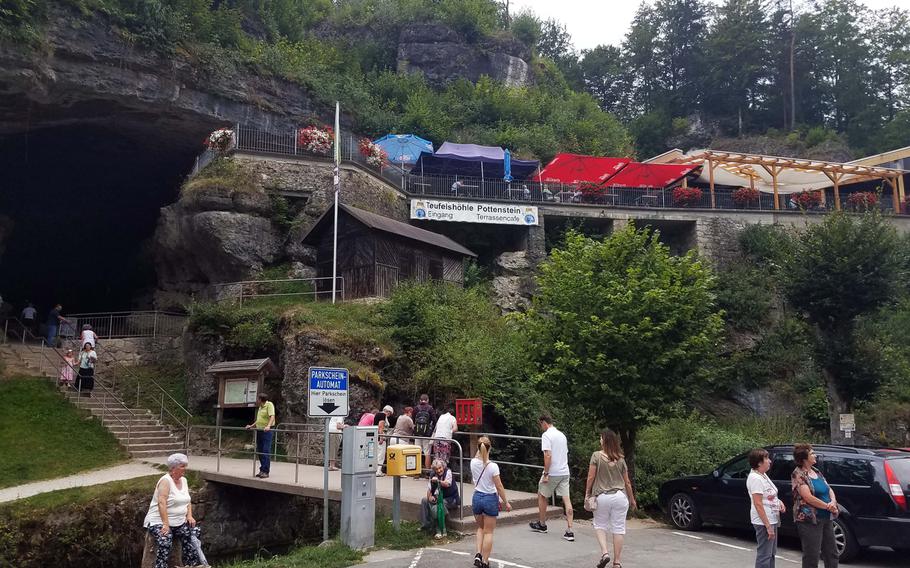 Buy Photo
The entrance to the Devil's Cave in Pottenstein, Germany, leads you to the country's longest cave. (Martin Egnash/Stars and Stripes) 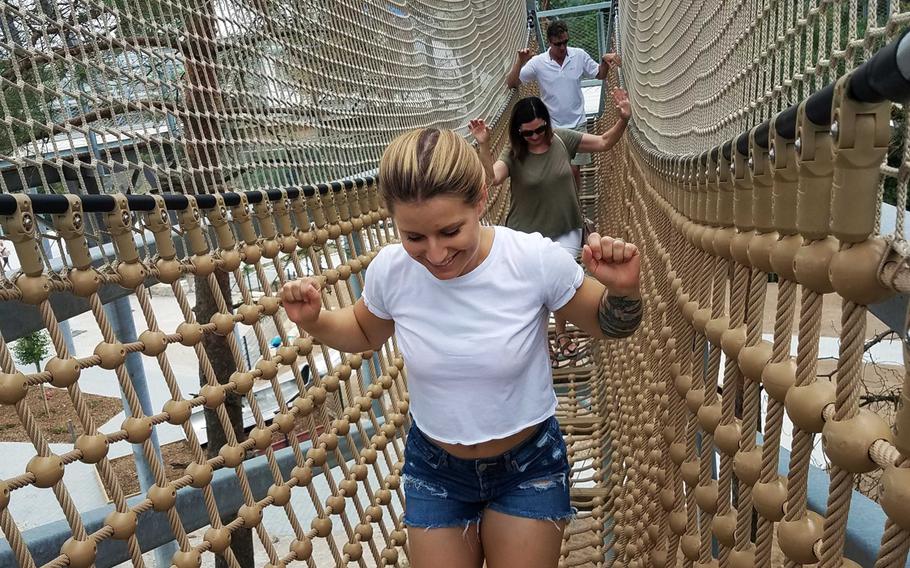 Buy Photo
Tourists climb through a rope course at the E-Park in Pottenstein, Germany. (Martin Egnash/Stars and Stripes)

Seen one village, seen ’em all, am I right? Well, not quite.

Even if you’ve been to so many German villages that the words “quaint” and “idyllic” fail to inspire, there’s still one village that should be on your list: Pottenstein.

About an hour north of U.S. Army Garrison Bavaria, Pottenstein is a village tucked away in a deep valley, surrounded by steep cliffs and tall gray rocks jutting out in odd directions.

It has numerous hiking trails threaded through the surrounding forests. In fact, the first time I went to Pottenstein, it was with the aim of hiking and exploring the various caves and woods in the area.

I was not disappointed.

After a short hike from the nice, pedestrian area of the village, you’re in a deep, dark, moss-covered forest. There are plenty of paths to take. Some bring you to large caves used by early humans in the Neolithic Period.

But the reason why I’ve been back to Pottenstein several times now are the nearby attractions, just outside town.

A two-minute drive from the village brings you to a small mountain covered with roller-coaster tracks, called E-Fun Park Pottenstein, which has several new rides, adding to the traditional alpine coaster.

If you’re stationed in Germany and you haven’t been on an alpine coaster, I think you should take a serious look at your life priorities.

Alpine coasters like these put you in the driver’s seat of a mini roller coaster. You push the levers at your side down to speed up, and pull them up to slow down.

I’ve ridden one several times, and still haven’t managed to keep the levers way down the entire ride, because the gondolas take some of those turns pretty fast.

The new rides include a coaster that resembles a luge that rests inside a metal lane instead of a track. When you turn on some the cliffs really fast, you think you’re going to tumble off the edge.

There’s also a skywalk, which is basically a huge bridge at the top of the mountain. It has a handful of rope-built obstacle courses that you climb over, hundreds of feet above the ground. My father, who is afraid of heights, looked terrified up there. Good times!

Right next to the alpine coaster tracks is the Teufelshoehle, or Devil’s Cave, the longest cave in Germany. There are tours in English every hour that bring you through the cave, which stretches almost 5,000 feet. You see stalactites and stalagmites galore — and even a full cave bear skeleton from thousands of years ago.

If you want a souvenir, why not a 10-million-year-old trilobite fossil? The whole town is a fossil hotbed, and they are sold in many shops. There’s an especially cool fossil shop in the city center where you can get some interesting ones for just a couple of euros.

DIRECTIONS: About one hour north of the Grafenwoehr Training Area via the A470.

TIMES: Stores and attractions generally open about 9 a.m. and close about 9 p.m.

COSTS: Vary depending on the attraction

FOOD: The town has several German, Greek and Italian restaurants.