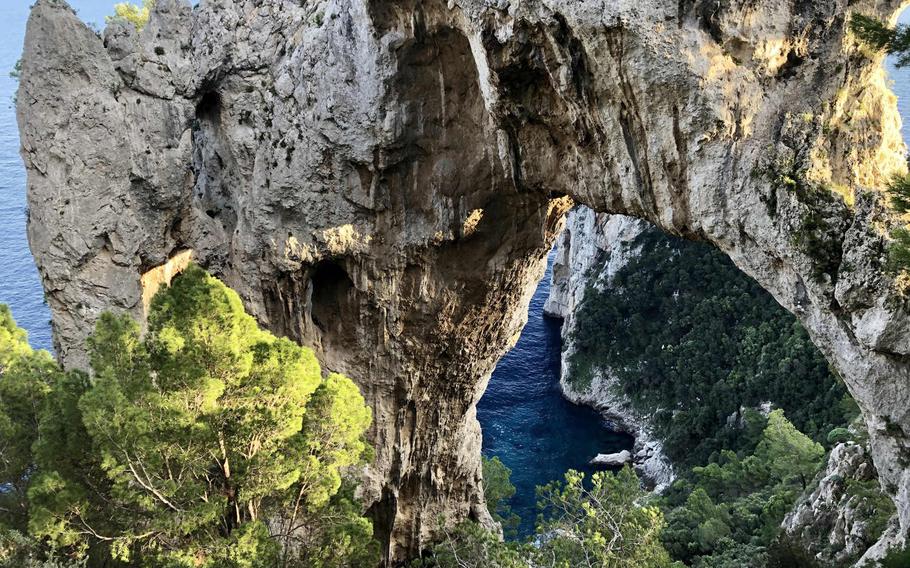 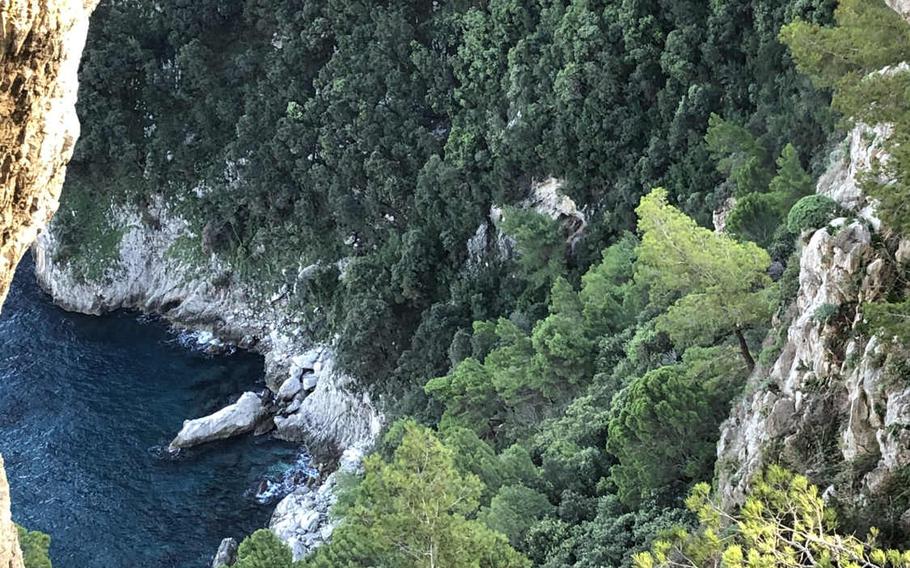 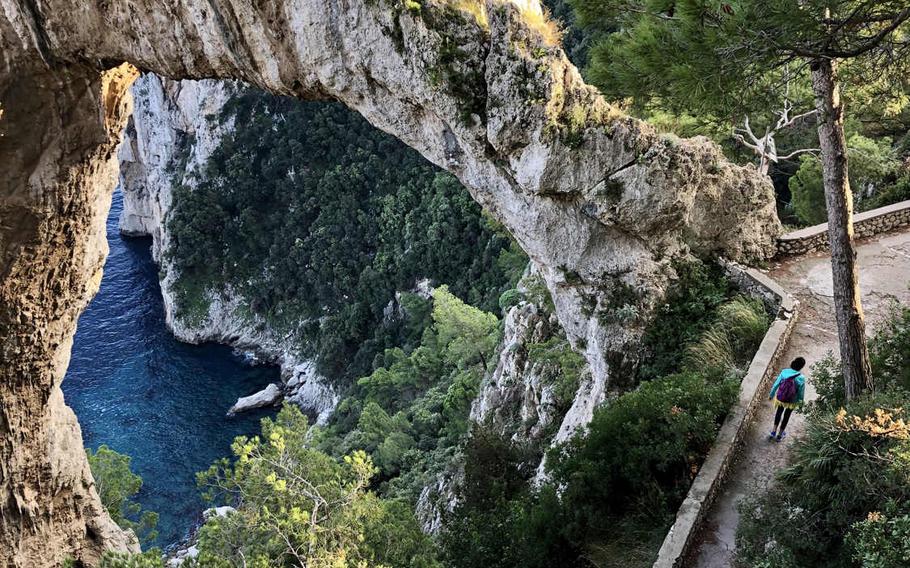 Buy Photo
A winding path enables you to view Arco Naturale on Capri from different angles. (Scott Wyland/Stars and Stripes) 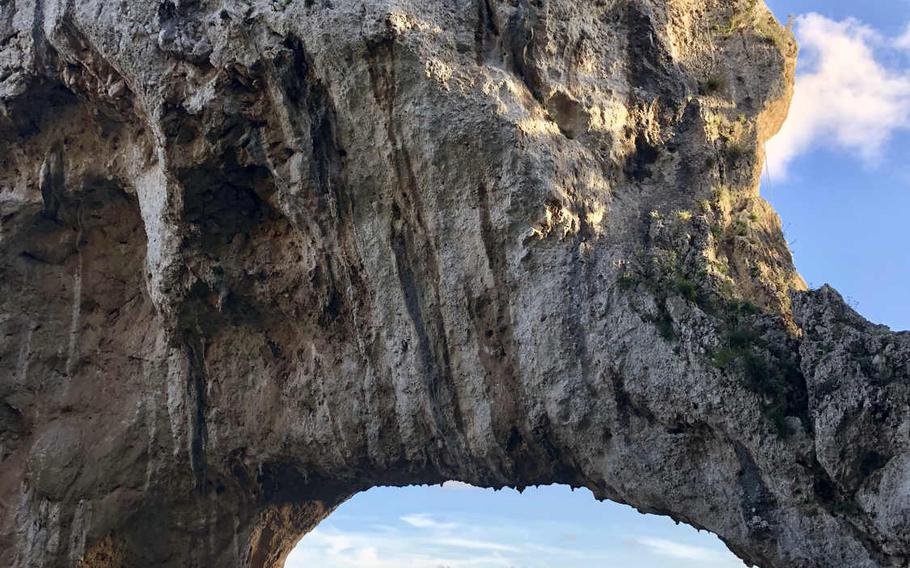 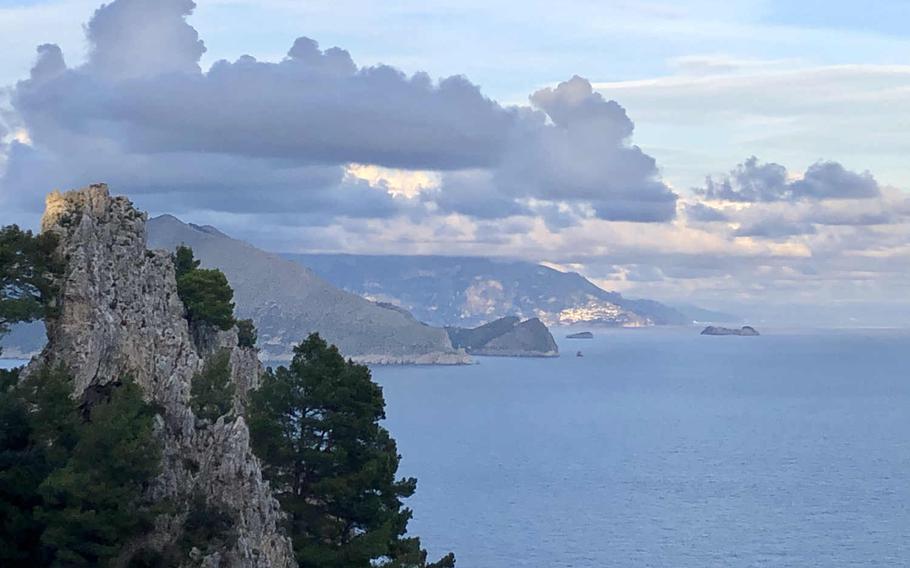 Buy Photo
As you approach Arco Naturale on the left, you can see Capri's green, rugged hills jutting into the sea. (Scott Wyland/Stars and Stripes) 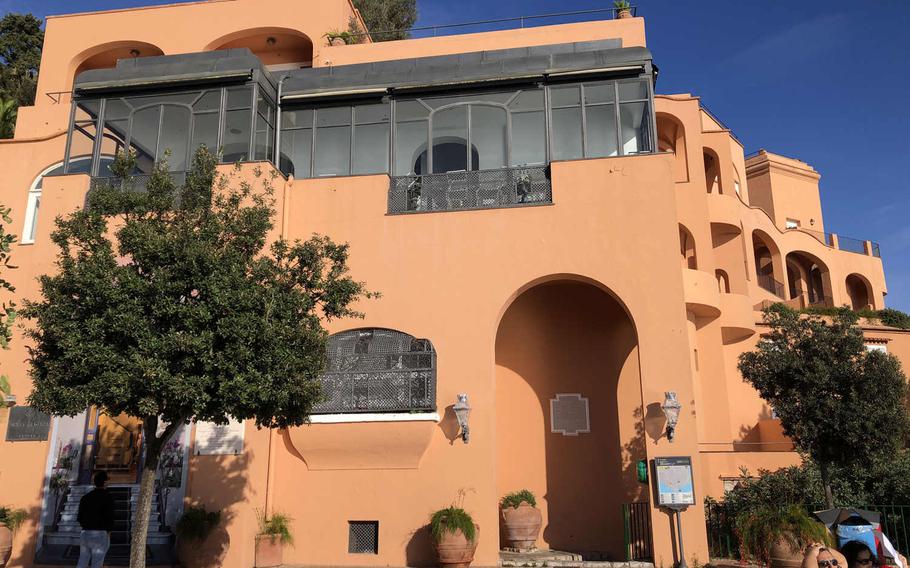 Buy Photo
Hotel Punta Tragara, with its vivid clay-colored, arched exterior, is the first or last notable landmark on an Arco Naturale hike, depending on which direction you go. Winston Churchill and Dwight D. Eisenhower met here to strategize during World War II. (Scott Wyland/Stars and Stripes) 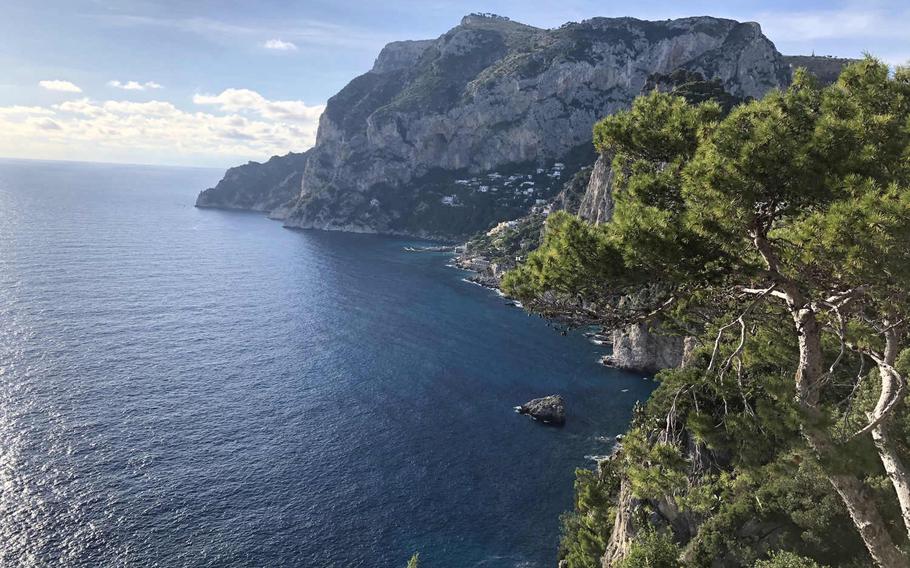 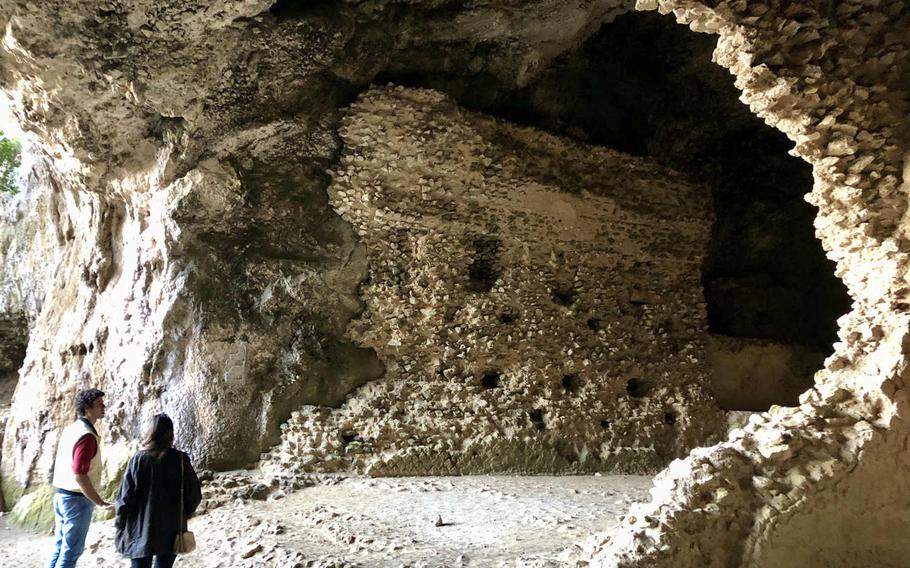 Buy Photo
The Matermania cave is roughly midway on a hillside trail to Arco Naturale. The Romans used it as a nympheum, a haven for mythical nymphs. (Scott Wyland/Stars and Stripes) 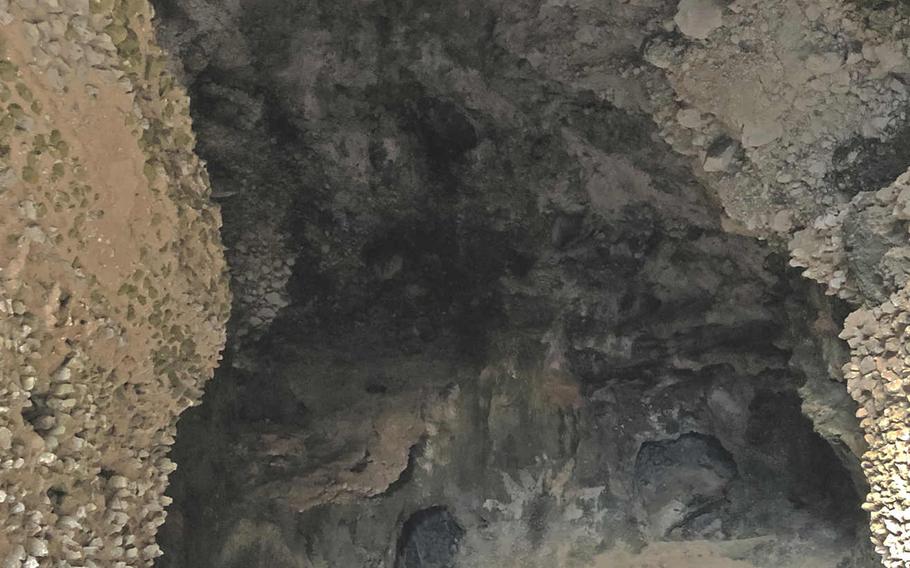 Buy Photo
Matermania Grotto is a natural cave that the Romans modified to create a nympheum. It offers a welcome break in the shade when hiking on a warm day. (Scott Wyland/Stars and Stripes)

Capri is a mecca for boaters and beachgoers, but it also is made for pedestrians, with walking paths winding throughout the island.

One trail called the Pizzolungo lets you step into a more natural setting and away from the busy tourist hubs. You can enjoy spectacular seaside views, lush scenery and a bit of island history as you hike along Capri’s southeastern edge between the Hotel Punta Tragara and Arco Naturale, or Natural Arch.

Many online reviewers recommend starting at the arch and going to Punta Tragara to avoid ascending hundreds of stairs. As a summit hiker, I think trudging up steep slopes and stairs is half the fun, so I chose the reverse course.

Hotel Punta Tragara was built in 1920 as a private villa and in the ’60s was turned into a luxury hotel. The hotel’s lookout commands views of majestic cliffs and the iconic Faraglioni rocks jutting from the water.

Winston Churchill and Dwight D. Eisenhower met at the villa during World War II to discuss how to defeat the Nazis.

Perched on a seaside cliff, Punta Tragara’s vivid clay-colored exterior can be seen from the sea far below. I spotted the hotel — a distant swatch of brown — while cruising past on a hydrofoil during a previous trip. I wanted to see it up close.

From the hotel, you descend steep steps onto the Pizzolungo trail. There are several lookouts along the way, including of the Faraglioni rocks. The trail is well-constructed, as are the brick stairs that go up to Arco Naturale.

Partway up the hill is the Matermania Grotto, a natural cave that the Romans modified to create a nympheum — a haven for the mythical nymphs of the earth, water and trees. It gave me a chance to catch my breath and some welcome shade on a warm afternoon.

You climb several hundred more steps and come out next to a restaurant called Le Grotelle. From there, it’s a short walk to Arco Naturale. It’s reminiscent of the arches near Moab, Utah, but atop a cliff with a backdrop overlooking the Mediterranean Sea.

Peering through the arch at one angle, you see blue water lapping the lichen-covered, rocky shore. At another angle, you gaze out at the sea, making the arch seem like a portal to the ancient past, when mariners sailed the waters in wooden ships. Now hydrofoils and ferries zoom by.

The one thing I found frustrating was that the highest vantage point available was too low to take a photo of the entire arch. Some things are best seen with your own eyes.

Directions: It’s 30 minutes on foot from the marina to Arco Naturale if you want to start there and descend the stairs to Pizzolungo trail. You can also take a taxi to Restaurant Le Grotelle and walk to the arch. It’s also a half-hour walk to Hotel Punta Tragara, taking the Pizzolungo trail up the stairs to the arch. Taxis run from the marina to the entrance.

Costs: Hiking is free. A round-trip ferry from Naples to Capri costs about 42 euros ($47).

Food: Both Arco Naturale and Hotel Punta Tragara are about a 15-minute walk from Anacapri, which has many restaurants and shops.