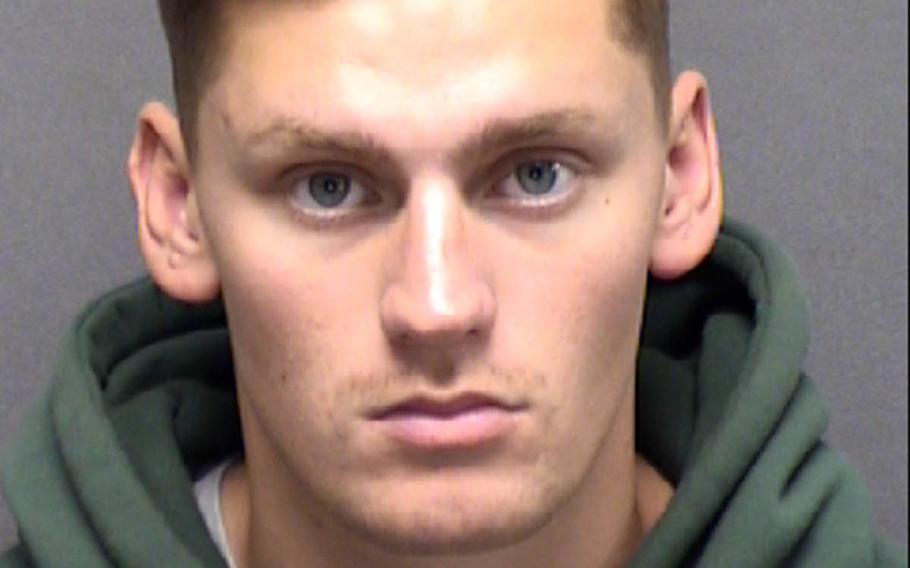 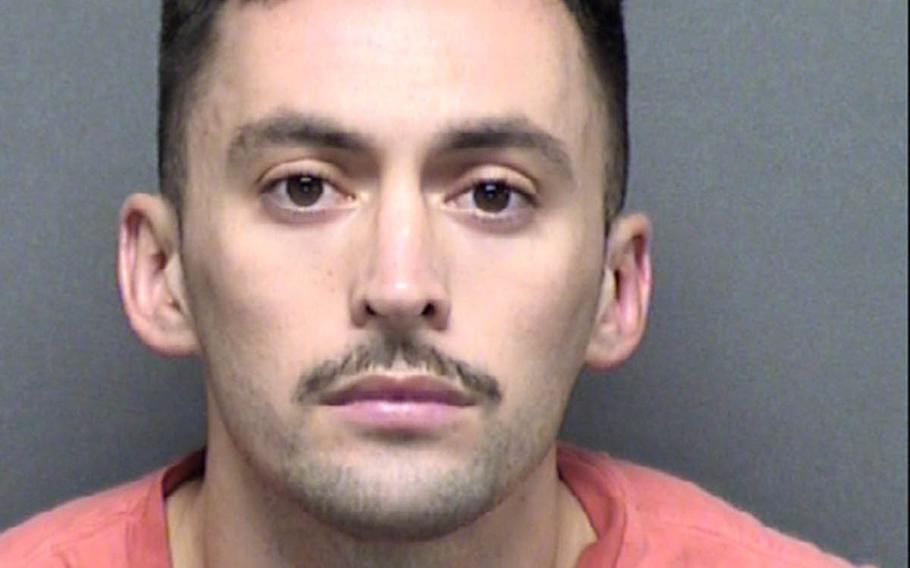 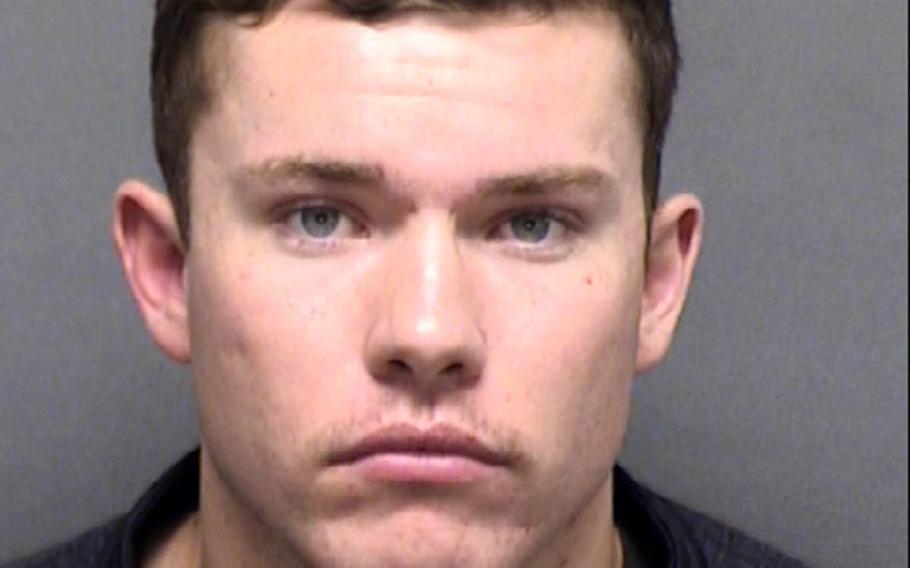 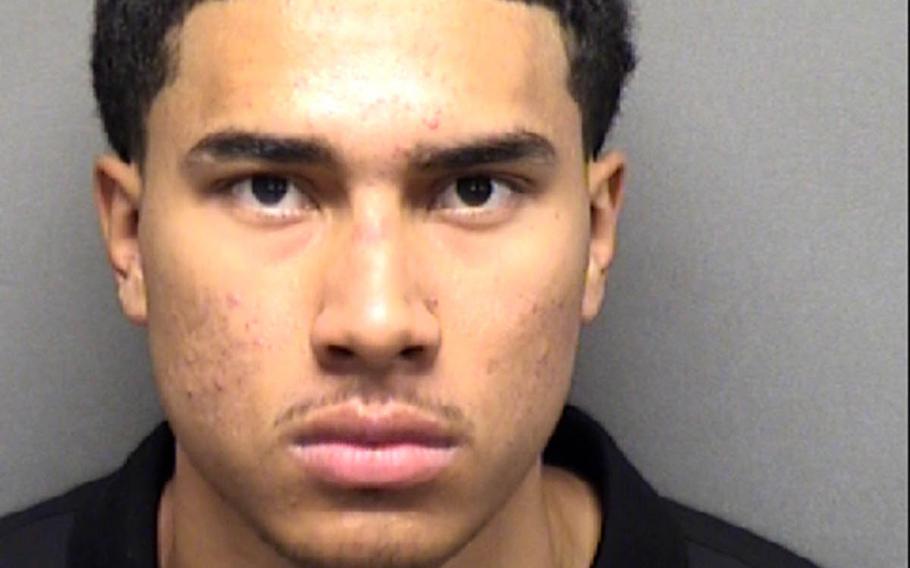 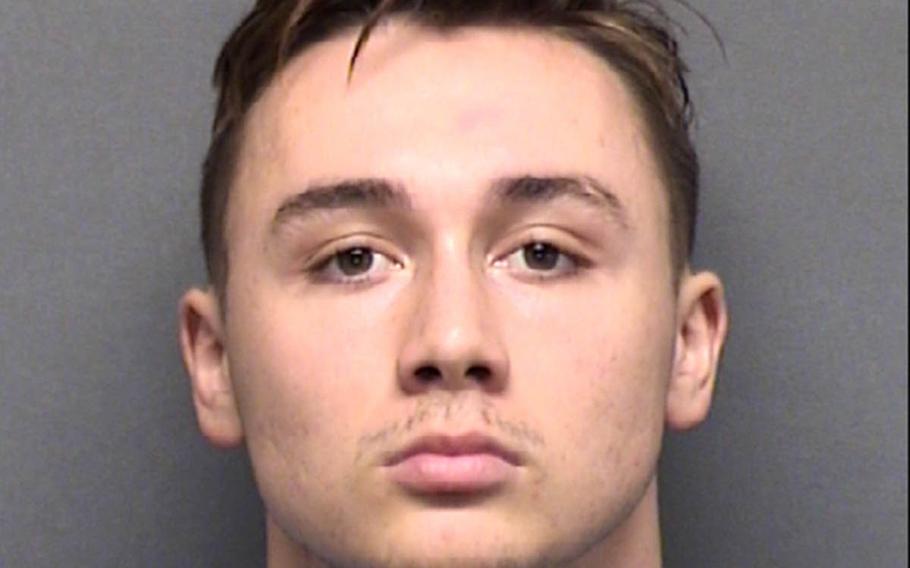 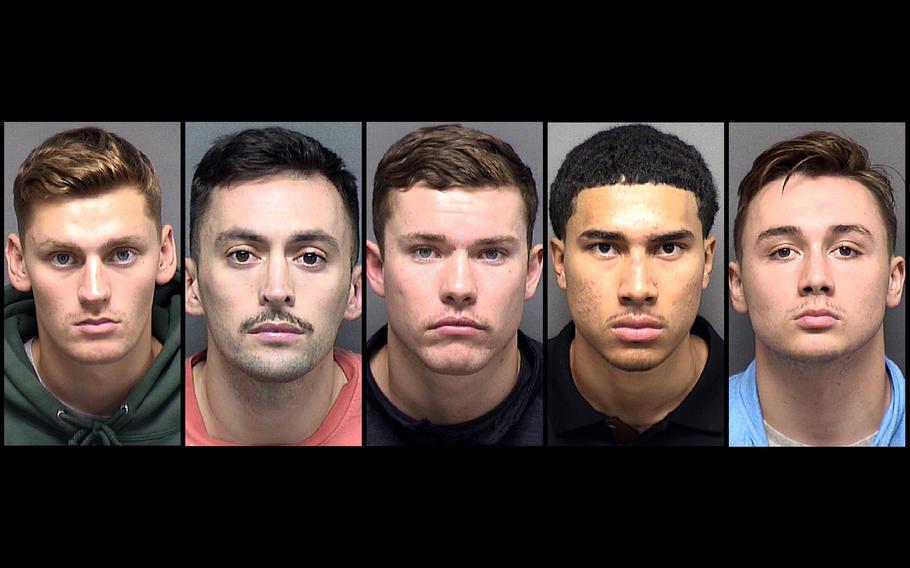 The sailors arrested are Mauricio Chaparro, 28, Kenneth Johnson, 20, Anthony Cooney, 21, Dominick Burns, 20, and Kyle Tuschmann, 19, said Adelina Simpson, a spokeswoman for the Bexar County Sheriff’s Department. The sailors spent the weekend in a county detention center and arrived Tuesday at a jail in Hays County, where the charges are filed. It is located just north of San Antonio, which is in Bexar County.

A Hays County grand jury indicted the men on April 24, each on four counts of aggravated sexual assault and with a bond of $500,000, according to indictment records. Burns, Cooney and Tuschmann are accused of performing sexual acts on the same woman and the other two men are listed as “intentionally and knowingly” participating in the crime, according to the records.

Police were called to the scene of the incident at about 10:13 p.m. on May 19, 2018, according to a San Marcos police report. A woman said she’d been sexually assaulted in the back of a truck at San Marcos’ Rio Vista Park. The incident report states the woman initially did not want to pursue charges, but returned to a police station the next day and was cooperative.

Hays County District Attorney Wes Mau said Tuesday that he could not comment further on the case.

Bexar County Sheriff’s Department took the five men into custody about 2 p.m. Friday at Lackland Air Force Base to transfer the sailors to Hays County, where they were indicted on the charges, Simpson said.

Base personnel escorted the men just outside the gates at Lackland, where local authorities arrested them, said Cmdr. James Stockman, spokesman for the Naval Education and Training Command.

The men all were students at the Navy’s Master at Arms Apprenticeship Training at the Naval Technical Training Center in May 2018, located at Lackland, Stockman said. The seven-week training course prepares sailors to enter Navy law enforcement careers such as base security or dog handlers.

They had remained at the center “suspended in training status due to alleged misconduct,” Stockman said.