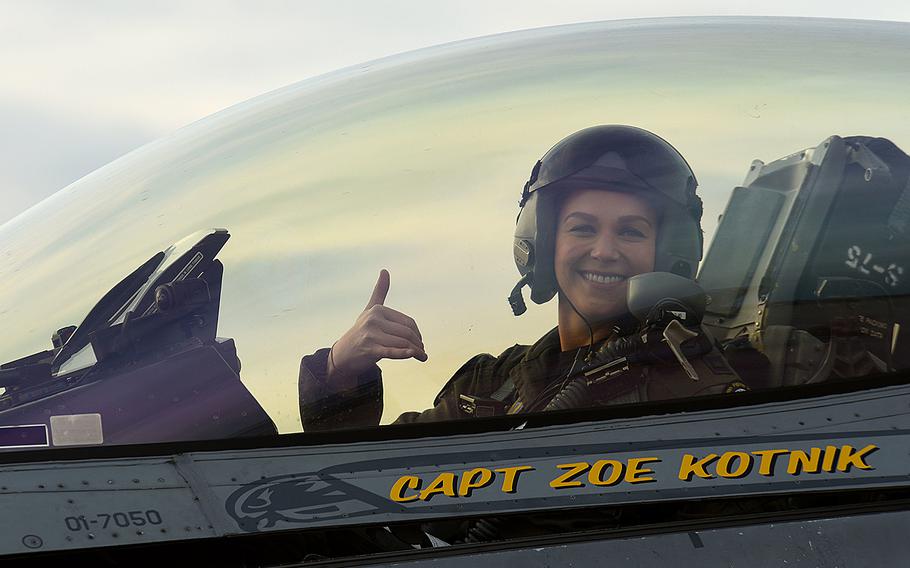 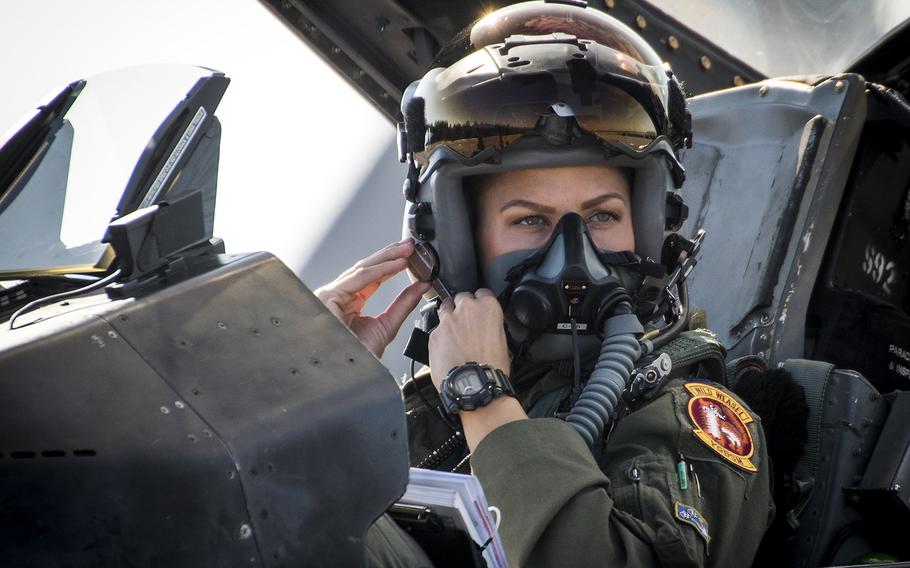 Col. Derek O’Malley, the commander of the 20th Fighter Wing, removed Kotnik from her position after losing confidence in her ability to lead and command the demonstration team, which showcases the newest model of F-16V fighter jets at airshows throughout the country, according to an Air Combat Command statement.

O’Malley attempted to explain his decision in a social media post on the Shaw Air Force Base’s Facebook page.

“We have thousands of airmen across our Air Force serving our country, and not one of them is perfect,” he wrote. “As good people, like Capt. Kotnik make mistakes, I want them to have the opportunity to learn from them without being under public scrutiny, and to continue to be a part of this great service. They’ll be better for the experience, and in turn, we’ll be better as an Air Force.”

O’Malley acknowledged Kotnik’s removal would be tough on her, but he said she was “surrounded by wingmen [who] will help her every step of the way.”

Capt. Alannah Staver, a spokeswoman for the 20th Fighter Wing, which is based at Shaw in South Carolina, declined to provide additional information about Kotnik’s removal.

She has been replaced by Maj. John Waters, who previously commanded the demonstration team, Staver said. The team’s first scheduled performance for 2019 is March 30 and 31 at Naval Air Station Key West in Florida.

“The Viper demonstration team is working to minimize impacts on scheduled performances and looks forward to inspiring crowds around the country during their upcoming season,” she said.

Kotnik’s selection to lead the Viper team on Jan. 29 garnered significant attention on social media and in the news, as the Air Force featured her in comic book-style imagery, evoking advertising for the upcoming movie “Captain Marvel.” The film is set to premiere March 8 and features Brie Larson in the role of the titular superhero, whose alter ego Carol Danvers is an Air Force F-16 pilot.

She has more than 1,000 flying hours and has recently flown missions supporting Operation Noble Eagle — the air defense mission to prevent another 9/11 terrorist attack — and served as an instructor pilot training new F-16 wingmen.

O’Malley wrote he was excited for the demo team to have its first female commander, but he was confident that Kotnik would learn from her undisclosed misstep.

“I’m also just as excited about the many other females [who] are serving with great distinction across our Air Force,” the colonel wrote. “I’m proud to serve with them, and I’m inspired by them. Even as I speak, another female pilot from the 20th Fighter Wing is flying combat missions in the Middle East.”