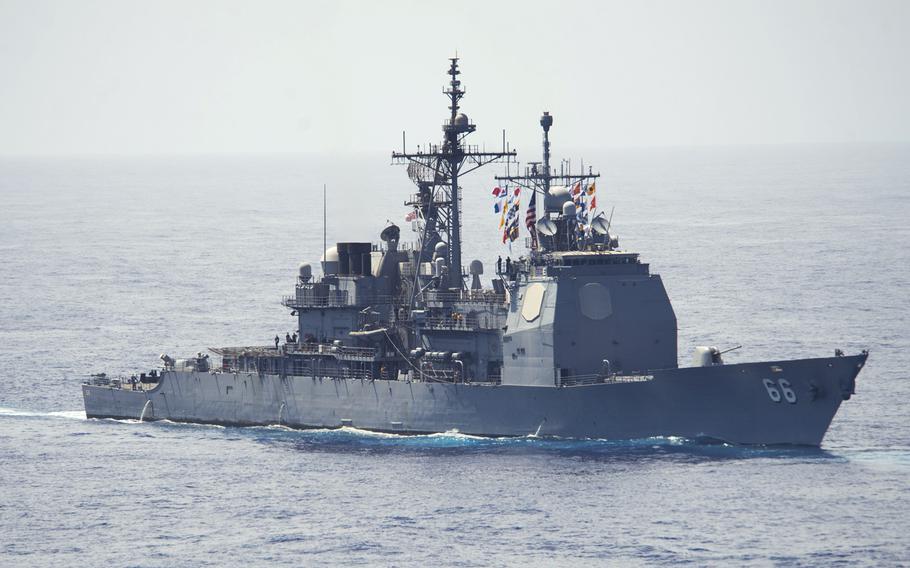 The Navy says a fire was reported aboard a guided-missile cruiser as it was transiting the Atlantic Ocean.

The fire aboard the USS Hue City broke out late Monday, according to U.S. Fleet Forces Command.

The Navy said in a statement Tuesday that no injuries were reported and that the ship is operating on its own power.

The extent of the damage is under assessment and the cause of the fire is under investigation, the Navy said.

The ship had left Mayport, Fla., on Friday for a deployment to the Navy’s Sixth Fleet area of responsibility, which includes waters near Europe and Africa.

The ship was 200 miles northeast of Bermuda when a fire broke out in the number one gas turbine generator, forcing the crew to go to general quarters, Pentagon spokesman Col. Steve Warren told reporters Tuesday. The fire spread through stacks one and three to the first and third decks, and created multiple fires. All the fires were extinguished without injury, Warren said.

Warren said the Hue City is still underway, but the Navy is assessing whether or not the ship needs to return to Mayport as a result of the damage it sustained.