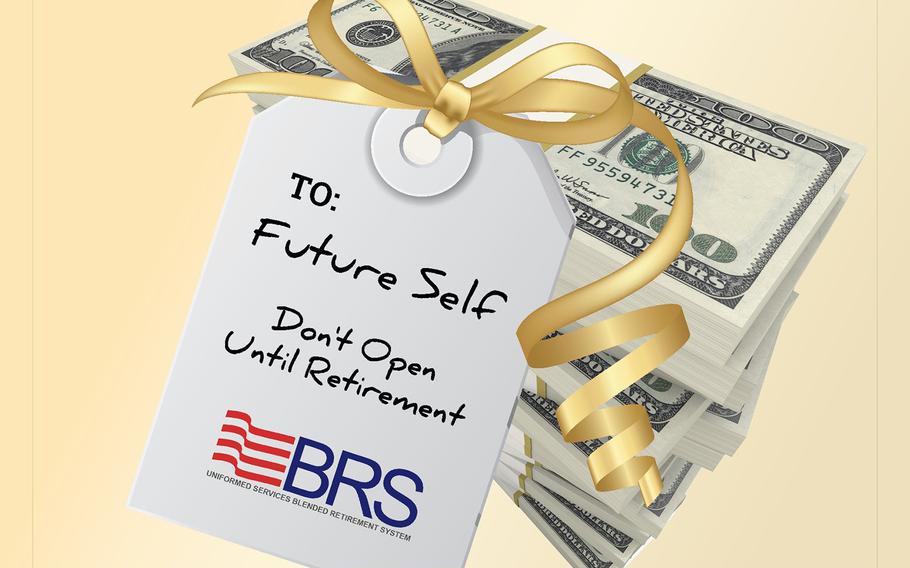 The Department of Defense has released final numbers on military folks, by branch of service, who switched into the new Blended Retirement System (BRS) during a yearlong opt-in period that ran through Dec. 31.

The lower-than-expected results defied forecasting tools relied on by DOD, and earlier by the Military Compensation and Retirement Modernization Commission, to project budget savings from the new plan.

Also, opt-in rate comparisons across service branches show the singular effectiveness of the Marine Corps’ approach to deepening member interest in the BRS, given that it relies more on youth and vigor, and therefore fewer careerists.

Why the sharp disparity? One reason is the Marines Corps alone mandated that every member eligible for the BRS make a retirement plan election: either to stay under the legacy High-3 plan or to switch to BRS with its new features.

Members in other branches faced a simpler choice, the one mandated by law: to opt into the BRS or not. No decision left the member under the legacy plan.

“From the get-go our effort was to try to get our Marines interested in BRS, not because BRS was necessarily the right fit for them but we wanted them to understand an important change was coming and they were going to need to make a decision to figure out what’s best for them,” said Col. Douglas S. Mayer, head of the manpower military policy branch at Headquarters Marine Corps.

The law that established BRS also required that the services offer an opt-in opportunity to any active-duty member who, as of Dec. 31, 2017, had fewer than 12 years in service and any reservist or National Guard member with fewer than 4,320 drill points. The law also mandated that the services educate their pool of eligible members on full details of both the new and the legacy plan.

“Those were the only things we had to do. We could have left it to that,” said Mayer. “We just felt that, to make sure our Marines really took this as a significant change we recognized it to be, we wanted them to not just be left [with] an opt-in decision. We wanted it to be a conscious decision to opt in or to remain legacy.”

Jeri Busch, director for military compensation in the Office of the Under Secretary of Defense for Personnel and Readiness, said neither the department nor any service took “an official position on whether any member eligible to opt in, should or should not do that. Our position was just to make sure they were fully informed, fully educated and had all the tools, resources and information at their disposal to make this highly personal decision.”

No service, including Marine Corps, had set a target for the number of members who should opt into the BRS. Whether it’s the right choice depends on individual circumstance and personal career goals and opportunities.

More than 1.6 million members received BRS training. They also had access to financial counselors and to an online calculator to compare plan values, using whatever assumptions that members plugged in. A social media platform set up for the BRS-eligible population won recognition as the best in government.

“So, from that perspective we think we were very, very successful and we achieved our goal,” Busch said of the BRS implementation plan.

The plan lops 20 percent off of lifetime annuities for those who serve full careers. But it also provides new compensating features including government matching of members’ Thrift Saving Plan (TSP) contributions so that the majority of members who leave short of 20 years have larger nest eggs to take with them.

The primary intent of the BRS, said Busch, wasn’t to save money but to ensure members “would be vested in [and] receive government-provided retirement benefits whether or not they served the full traditional 20-year career.”

On average, only 19 percent of the active-duty force and 14 percent of reserve component personnel serve 20 years to quality for a lifetime annuity. Yet when BRS “is fully implemented,” Busch said, 85 percent will leave “with a government retirement benefit of some sort,” referring to the enhanced TSP.

Given force turnover rates, did too many members “leave money on the table” by not opting for the BRS? Should every branch have forced members to choose between the two plans? Would that have forced more of them to study plan details, and perhaps not allow dismissive remarks on the BRS by older hands, or even their own inertia, to leave them under the legacy plan?

Busch said she believes the sharply higher opt-in rates for Marines are “more attributable to the leadership culture of the Marine Corps — a very hands-on approach to BRS,” from senior officers “all the way down to the deck plate” — than to the Corps mandate that members to select a retirement plan.

In designing BRS and in estimating its impact on retirement spending, the Department of Defense and the Retirement Modernization Commission relied on RAND Corp.’s Dynamic Retention Model, computer software designed to predict retention decision behavior. It’s been effective for years predicting retention rates of personnel offered bonuses or other cash incentives.

It didn’t work well, however, in predicting how many current servicemembers would switch to the BRS. Actual opt-in rates were a third of what was forecast. Busch said it “was the best tool available at the time to try to predict the BRS opt-in behavior. But we do acknowledge that the model was specifically designed for retention decisions, not for this kind of behavior.”

“One of the challenges with compensation policy in general is when you make radical changes, or even small changes, you have no experience on which to base projections on. And the more substantive the changes are, the more difficult it is to make those kinds of projections,” Asch said.

“To make predictions on who would opt in was a bit more challenging” than forecasting retention behavior, Hosek said. It required “additional data we didn’t have,” he said. For example, though members got an education on the BRS from their service, RAND had no data on the willingness of members to change retirement plans, particularly to a plan with features they don’t know as well.

“Had there been more time and interest, it would have been interesting to do more focus groups and surveys of servicemembers and … even experiments regarding different [ways] for educating servicemembers about their opportunities,” he said.

It’s important to differentiate opt-in results from the question of whether individual servicemembers made the right decision, Hosek said. It could be “the models were just off the mark and servicemembers had information at their disposal that we analysts didn’t have, and they made the right choice for themselves and their families.

“On the other hand,” he added, “other possibilities exist. Perhaps they didn’t fully realize the importance of savings now, of compounded returns, of having assets they could move even if they left service early.”

Though the opt-in period is closed for most BRS-eligible members, some qualify for extensions of time. They include members with a date of entry on or before Dec. 31, 2017, who are still cadets or midshipmen, or who did not have at least 30 days in 2018 to make an opt-in decision after initial entry training. Also, some will be given more time because of family hardship or special circumstances.