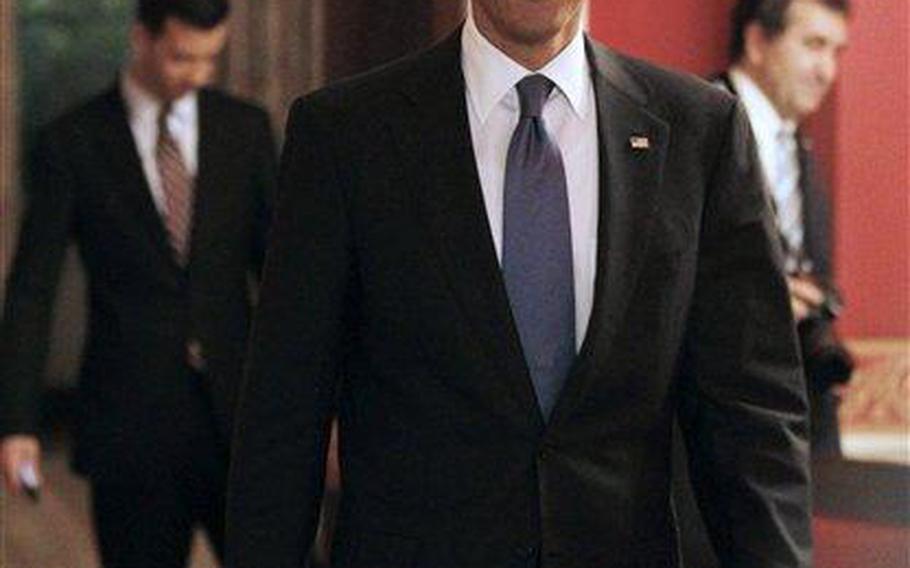 President Obama returns to the Blue Room at the White House in Washington after he spoke regarding the budget and averted government shutdown after a deal was made between Republican and Democrat lawmakers, Friday, April 8, 2011. (AP Photo/Charles Dharapak)

WASHINGTON (AP) -- A last-minute budget deal forged amid bluster and tough bargaining averted an embarrassing federal shutdown, cut billions in spending and provided the first major test of the divided government that voters ushered in five months ago.

Working late into Friday night, congressional and White House negotiators finally agreed on a plan to pay for government operations through the end of September while trimming $38.5 billion in spending.

Lawmakers then approved a measure to keep the government running for a few more days while the details of the new spending plan are written into legislation.

Actual approval of the deal is expected in the middle of next week.

"Americans of different beliefs came together again," President Barack Obama said from the White House Blue Room, a setting chosen to offer a clear view of the Washington Monument over his right shoulder.

The agreement was negotiated by Obama, House Speaker John Boehner, R-Ohio, and Senate Majority Leader Harry Reid, D-Nev. The administration was poised to shutter federal services, from national parks to tax-season help centers, and to send furlough notices to hundreds of thousands of federal workers.