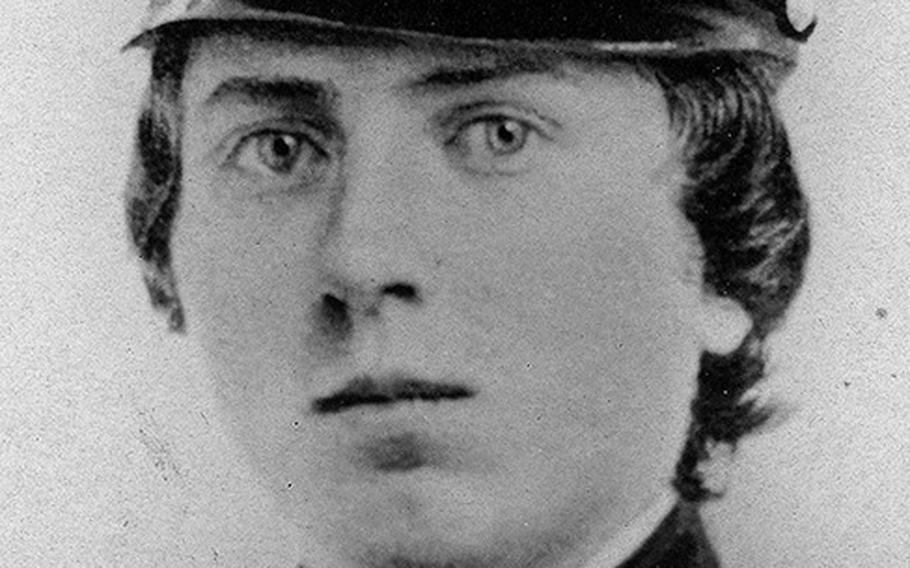 President Barack Obama will present the Medal of Honor on Nov. 6 to the family of the young officer credited with helping turn the tide of the Civil War by standing against the Confederate infantry assault known as Pickett’s Charge on the last day of the Battle of Gettysburg, the White House announced Monday.

First Lt. Alonzo Cushing, then 22, was commander of Battery A of the 4th United States Artillery, 2nd Corps, Army of the Potomac, on July 3, 1863, when Confederate troops launched a go-for-broke attack against the center of the Union line in what historians describe as the “High Watermark of the Confederacy.”

Though he and many of his men were wounded in the Confederate bombardment, Cushing refused to retreat, instead manning the last remaining cannon in his battery. He continued to fire and direct fire until he was shot and killed, and his actions made it possible for the Union Army to successfully repel the assault, according to the White House.

A monument was erected in Cushing’s honor at Gettysburg, and he was buried with full honors at his alma mater, West Point.

Rep. Ron Kind of Wisconsin, who helped push for the medal, said Cushing knew he was going to die, but did not back down.

“Because of that courage, the center held… and the Union was preserved,” Kind said. “It’s amazing that one individual had such an important role to play.”

Congress must pass special legislation to allow the White House to award a Medal of Honor to anyone whose actions took place more than three years ago; it passed the necessary approval for Cushing last December as part of the National Defense Authorization Act.

Kind first learned about Cushing when he was interning for a former senator from Wisconsin, and said he and other members of Congress have been working for decades to see him honored – at the urging of a Wisconsin woman from Cushing’s hometown.

“It’s never too late to do the right thing,” Kind said.

The Medal of Honor is awarded to members of the armed forces who distinguish themselves conspicuously by gallantry above and beyond the call of duty while engaged in an action against an enemy of the United States, engaged in military operations involving conflict with an opposing foreign force or serving with friendly foreign forces engaged in armed conflict against an opposing armed force in which the United States is not a belligerent party.

Cushing’s cousins, Frederic Stevens Sater and Frederic Cushing Stevens III, and their families, will join Obama at the White House to honor Cushing.