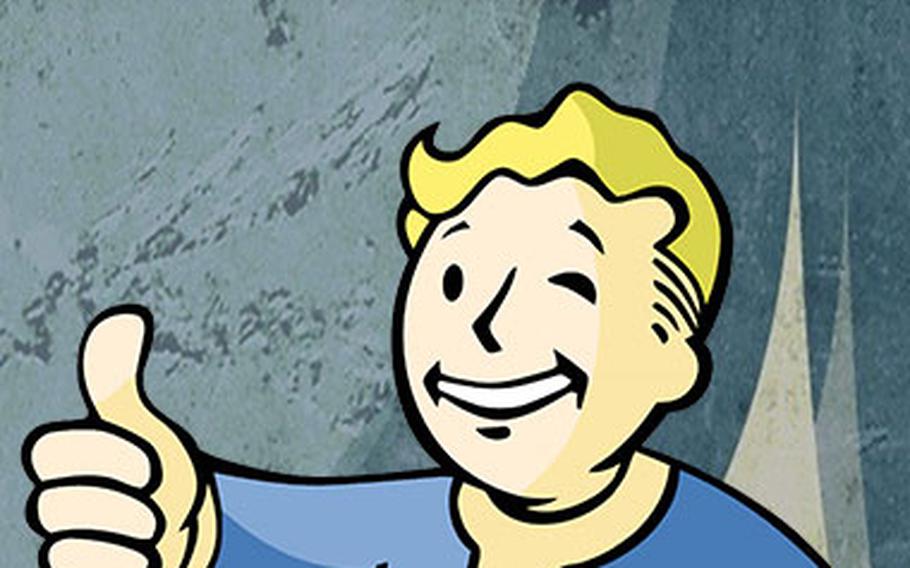 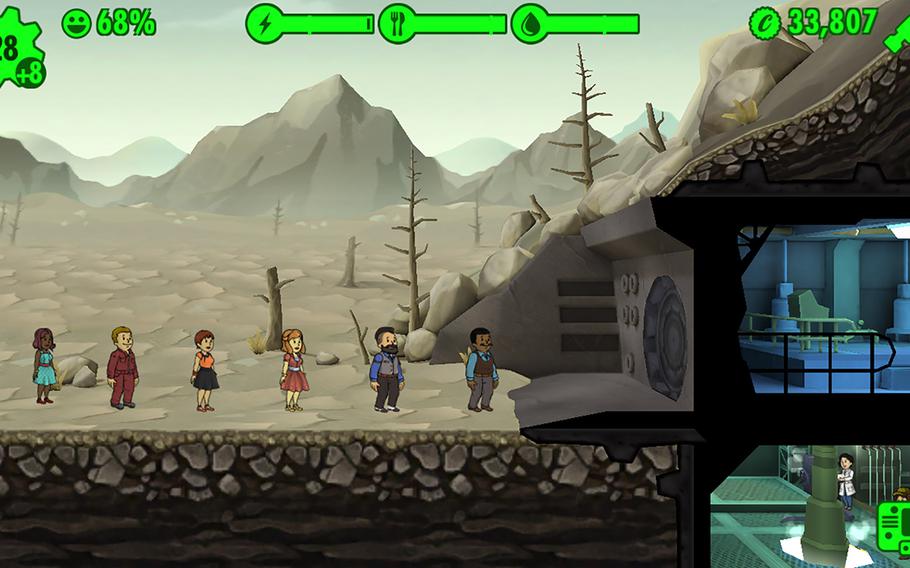 "Fallout Shelter" basically involves building and expanding an underground vault to protect survivors from the dangers of the radioactive wasteland. The goal is to create a miniature city where survivors are fed, productive and happy. (Bethesda Softworks) Players have access to the Overseer’s Office, which opens up quests throughout the Wasteland. When "Fallout Shelter" was first launched, the only interaction players had with the world outside their vault was sending lone wanderers out and watching the hours tick by. (Bethesda Softworks) 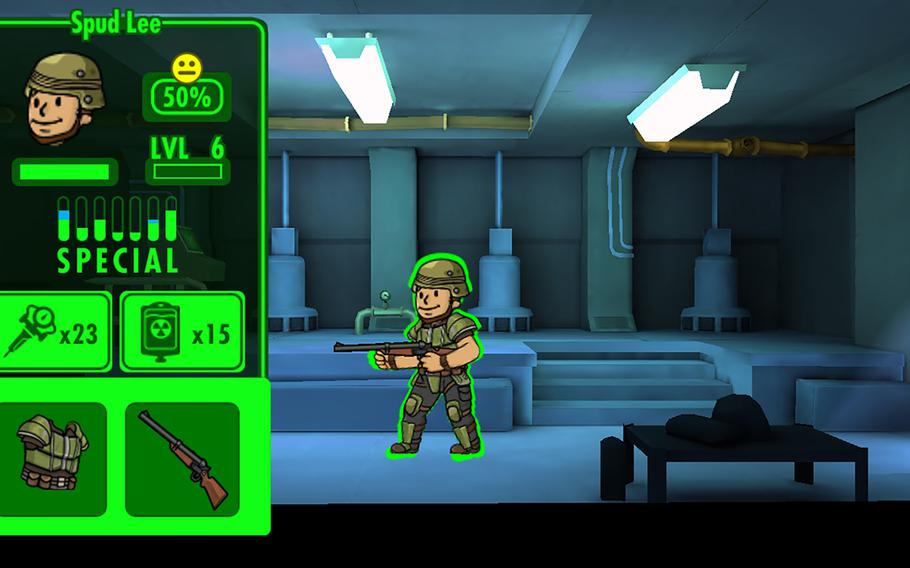 Items in “Fallout Shelter” can be purchased with real currency, but nothing that costs money is necessary to enjoy the free-to-play game. (Bethesda Softworks)

“Fallout Shelter,” Bethesda’s first foray into mobile gaming, was a smashing success when it launched on iOS and Android devices last summer.

The mixture of Fallout’s post-apocalyptic aesthetic, addictive vault-building gameplay and price — free — was a concoction that was hard to ignore. At the time of its launch, it was more a part of the marketing for “Fallout 4” than a game in its own right. It has since grown into quite the little gem, thanks to continuous updates that have added content.

Bethesda recently ported “Fallout Shelter” to the PC as part of the launch of its Steam-like game-delivery client. Enough has changed in the game since its launch that we felt it worth taking another look at what “Fallout Shelter” has to offer on the PC.

The game remains free, although it requires the new Bethesda.net Launcher. That might be a nonstarter for folks whose PCs are already loaded with Steam, EA’s Origin, GoG Galaxy and Ubisoft’s U-Play services, so it’s worth a mention. The client itself is relatively nonintrusive, though.

The biggest knock against “Fallout Shelter” at launch was that it was a bit too noninteractive and far too short. Essentially, the game boiled down to waiting for various meters to fill up, tapping the screen occasionally and waiting to repeat the process. A full playthrough could be finished in a few days.

The game basically involves building and expanding an underground vault to protect survivors from the dangers of the radioactive wasteland. The goal is to create a miniature city where survivors are fed, productive and happy.

There have been several updates since launch that have added some breadth to the experience, though shallowness remains a sticking point. Players now have access to the Overseer’s Office, which opens up quests throughout the Wasteland. Before, the only interaction players had with the world outside their vault was sending lone wanderers out and watching the hours tick by.

Now, parties of Vault dwellers can be send out on a variety of missions that require a bit more interaction. When your raiding party comes across a derelict building, you’ll click each room to move in and explore. Usually, this will mean fending off radroaches, mole rats or raiders before grabbing items stashed in the room.

Combat is still automatic, but there is a timed attack meter mechanic that if clicked just right, will double or even triple the damage done in the next round. It’s not exactly the most engaging way to handle exploration, but it’s much more entertaining that what was in place previously.

While exploring, vault dwellers will find junk that can be used to craft new weapons and armor. Previously, players had to rely on loot dropped by foes or gathered in the wasteland to outfit their characters. Chance still plays a hand in how many useful items you’ll get on any given playthrough, but crafting helps boost gear supplies.

Other additions are generally small, things like pets that can be attached to characters and that give different gameplay bonuses (and look adorable as all get-out). There is also a rare “Nuka-Cola” item that can be found that will instanta-neously complete timed objectives. None of these additions changes the game on a fundamental level, but they do add flavor and reduce some of the annoyances inherent in a free-to-play game.

It’s worth pointing out that the items can also be bought with real currency, but none are necessary to finish the game. It’s free-to-play in the best possible way. Nothing that costs money is necessary, most are cosmetic in nature and most, if not all, can be found in the game without spending a single bottle cap.

Overall, “Fallout Shelter” hasn’t changed so much that anybody who disliked it on mobile will find much to be excited about on PC. But for folks like me, who tried it out and quickly got bored by the lack of content, there are enough new additions to give it another shot.