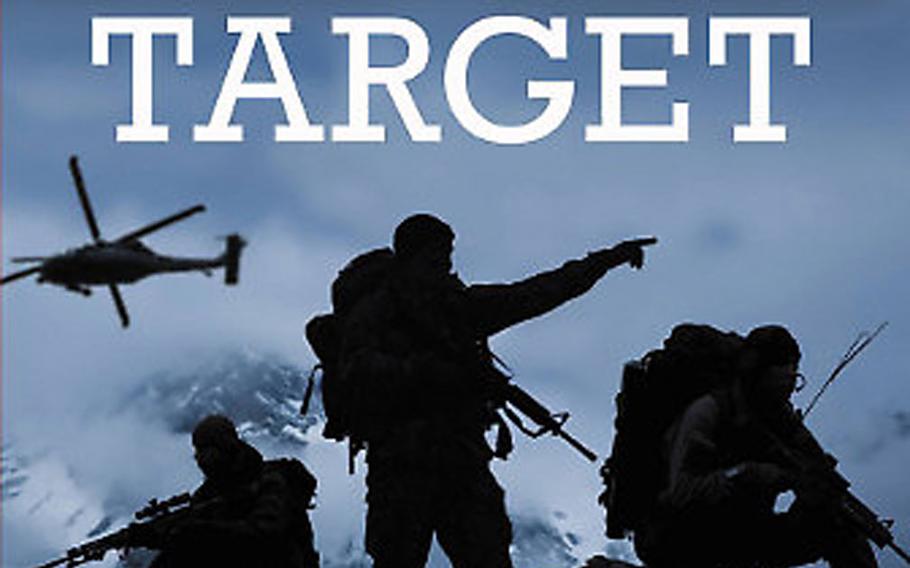 “Eyes on Target: Inside Stories from the Brotherhood of the U.S. Navy SEALs” examines the murky intersection between the SEALs, their military leaders and the politics that overshadow these supersoldiers’ accomplishments. ()

The Navy SEALs are widely regarded as the men who get the job done at all costs. To others, the SEALs represent unimaginable courage. “Eyes on Target: Inside Stories from the Brotherhood of the U.S. Navy SEALs” examines the murky intersection between these extraordinary soldiers, their military leaders and politics, which overshadow the SEALs’ accomplishments.

The Sea, Air and Land (SEAL) program began during the Kennedy administration in 1962. There is a history of missions in which SEALs accomplished the “perfect op,” capturing enemy targets without firing a shot. According to “Eyes on Target,” SEALs train with 3,500 rounds of ammunition a week. For context, a city police department uses 50 rounds per officer in a year.

SEALs are described in the book as very prepared for dangerous missions and extremely loyal to their fellow soldiers.

“Eyes on Target” brings up some important questions about these unique fighters. They are trained to be impervious to pain; to float underwater for long periods of time; to not just dodge bullets, but to take them. So is the Navy SEAL training as a Superman to his advantage in a combat scenario? This can be debated. The robust SEAL training, devout brotherhood and hazing of new recruits are examined.

In the book, Richard Miniter and Scott McEwen, both New York Times best-selling authors, retell the story of Operation Red Wings from June and July of 2005 in Chapter 5. (This story is also covered in the recent movie “Lone Survivor.”) Could four SEALs initially take on a large group of dangerous Taliban fighters in a mountainous terrain? From all accounts, they were outnumbered. Letting the Afghan goat herders go promptly revealed the SEAL’s location to the larger group of Taliban fighters.

This was a debatable decision by Operation Red Wings SEAL Mike Murphy. It is called, in military terms, the rules of engagement. However, with no else on the battleground, it was Murphy’s call, and he could have taken the Afghan spotters out. Murphy is highly regarded in all accounts for his heroic efforts that day, which allowed his superiors to locate his fellow SEALs under heavy fire. With the recon information on their location, how could the rescue mission have gone so wrong?

Years later in Benghazi, Libya, there was a similar gunfight with two former SEALs defending a CIA location. In this case, the authors take the discussion a step further, offering timelines of when and how the information might have reached Washington and what the State Department, CIA and White House could have done differently. There is no doubt that “Eyes on Target” conveys a sense of criticism of the Obama administration.

“Eyes on Target” says that the State Department hired a British company, Blue Mountain, to protect the U.S. embassy staff, including Ambassador Chris Stevens. The book notes on page 110: “the firm used its $783,284 contract to hire 20 Libyans to act as guards.”

“Eyes on Target” poses five theoretical rescue scenarios in which troops, not just SEALs, could have saved Tyrone Woods and Glen Doherty, who died in the gun battle at CIA headquarters in Libya on Sept. 11, 2012. A drone option seemed to present a compelling case that might have saved lives.

While reading “Eyes on Target,” I remembered Hillary’s dizzy spells from as far back as 2009, when I first covered the White House. So where is Clinton’s health factored in her Benghazi role? Not in the book. While I covered the White House daily in President Obama’s first term, I watched top level government officials travel extensively to the point of exhaustion. Authorizing more troops for Ambassador Stevens in Libya clearly got lost in the mix. During then-Secretary of State Hillary Clinton’s testimony to Congress on January 23, 2013, she stated, “1.43 million cables a year come to the State Department. They are all addressed to me.”

After the Sept. 11, 2012, attack, President Obama addressed the media in the White House Rose Garden the following day: “I have directed my Administration to provide all necessary resources to support the security of our personnel in Libya, and to increase security at our diplomatic posts around the globe.”

“Eyes on Target” seems to suggest that Panetta and Obama did not communicate enough during the crisis. Having been in the room with President Obama as a White House reporter during his first term, I can only imagine the amount of information that reached his desk.

More information about the authors: Richard Miniter is a moderate conservative who has traveled extensively and has developed an appreciation for other cultures. Scott McEwen’s connection with the SEALs began when he co-authored the book “American Sniper.” He is active with several SEAL charities, including the Red Circle Foundation.

Wamara Mwine covered the White House for Politics In Color and the National Examiner. He has appeared on XM Radio POTUS 124 to discuss his White House observations. Mwine has also written about Hal Koster’s Aleethia Foundation, which hosts the Friday Night Dinners. The Aleethia sponsored weekly dinners are free for injured U.S. soldiers returning from Iraq and Afghanistan.