'Everyone was stunned, and I was pissed' 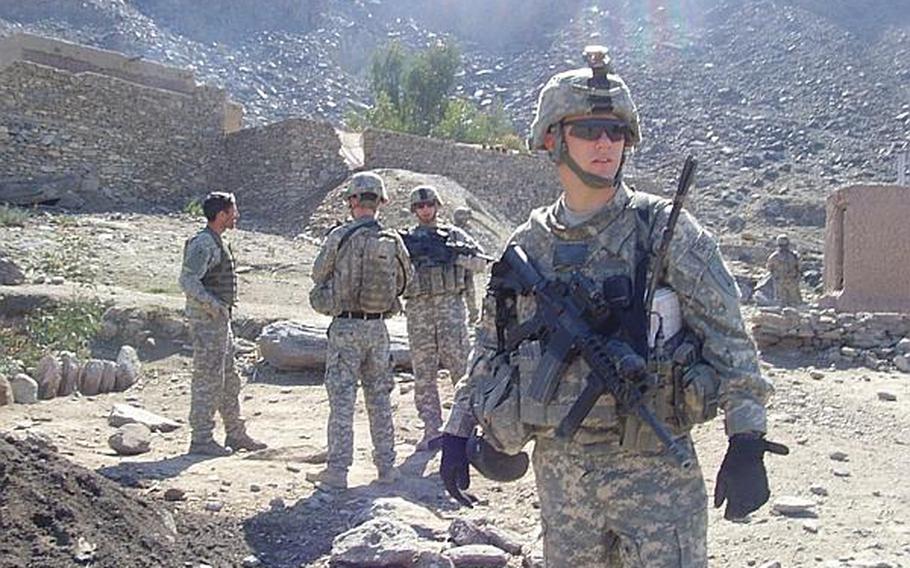 David Kaefring, who was 13 on Sept. 11, 2001, was awarded a Bronze Star as a corporal for his service as an artillery forward observer in Afghanistan from 2008 to 2009. (Courtesy of David Kaefring)

David Kaefring, who was 13 on Sept. 11, 2001, was awarded a Bronze Star as a corporal for his service as an artillery forward observer in Afghanistan from 2008 to 2009. (Courtesy of David Kaefring) 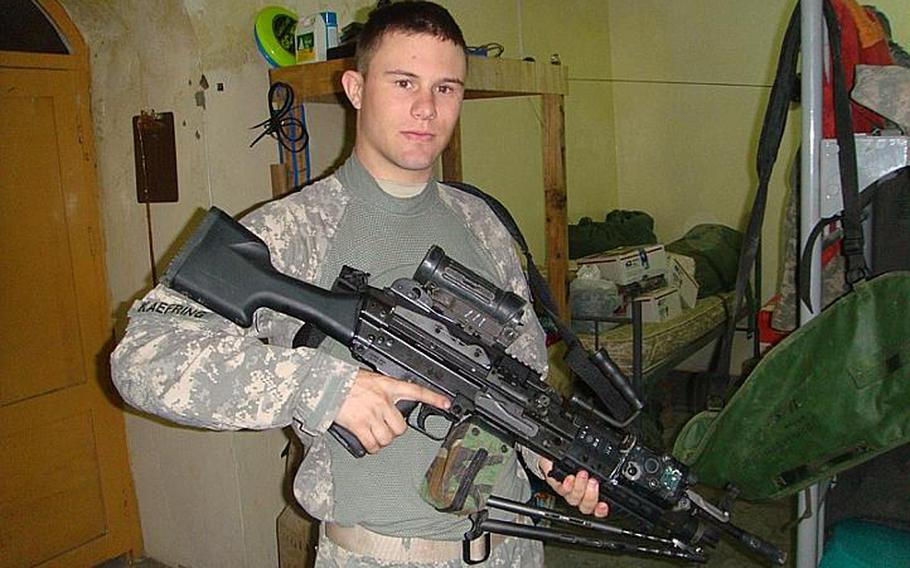 David Kaefring, posing with an M249 Squad Automatic Weapon in Afghanistan in 2009, was a freshman in high school on September 11, 2001. (Courtesy of David Kaefring) 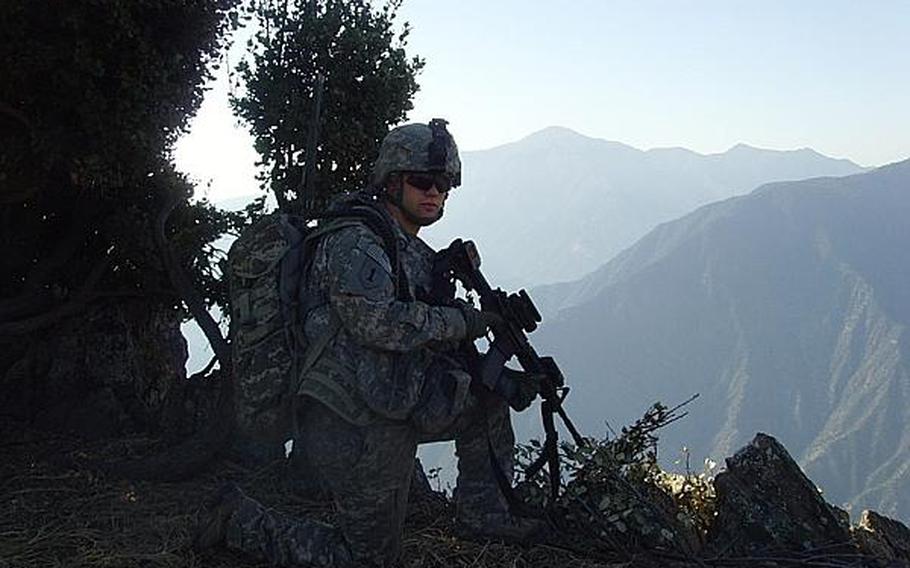 David Kaefring, who was 13 on September 11, 2001, was awarded a Bronze Star as a corporal for his service as an artillery forward observer in Afghanistan from 2008 to 2009. (Courtesy of David Kaefring)

David Kaefring decided to enlist in the military in the moments after he watched the second plane hit the World Trade Center on Sept. 11, 2001. The only problem was, he was just 13 years old.

&ldquo;I was just this tiny, scrawny kid,&rdquo; recalled Kaefring, who was then a high school freshman.

He&rsquo;d been hanging out in the student lounge at Xavier High School in Cedar Rapids, Iowa, that morning, when other kids started yelling about some kind of fire or accident in New York.

Kaefring&rsquo;s father had served in the Marines, and he had uncles in the Army and Navy, so he&rsquo;d always thought he might join one day, but 9/11 made it a near-certainty. Still, four years passed before he was able to join the Army and go on active duty as an artillery forward observer. He went to war in Kunar province, Afghanistan, from 2008 to 2009 with the 1st Battalion of the 26th Infantry Regiment, part of the 1st Infantry Division.

The deployment was dangerous and austere; of the 31 soldiers in Kaefring&rsquo;s platoon, 15 were awarded Purple Hearts. His roommate, Staff Sgt. Brandon Farley, was killed.

&ldquo;We did a raid on a village,&rdquo; Kaefring said, recalling the day Farley died. &ldquo;We didn&rsquo;t see any males. It was a very eerie feeling.&rdquo;

Sure enough, the platoon was ambushed on the way out of the village.

&ldquo;The first two trucks went around the curve and the last two came through, and immediately: RPGs, PKMs [machine guns] and AK-47s,&rdquo; Kaefring recalled. Farley &ldquo;got shot in the side. We all heard that we were taking injuries, but nobody knew how bad until we got back to camp. We found out on that patrol we had six wounded and one killed in action.&rdquo;

Crowe, who was awarded the Silver Star for his actions during that attack, said that Kaefring &ldquo;saved lives in nearly every engagement that we were in&rdquo; by calling in accurate and timely artillery fire. &ldquo;His contribution was &hellip; uniquely indispensable and noteworthy,&rdquo; Crowe said.

Kaefring celebrated his 21st birthday during the deployment &mdash; a &ldquo;completely depressing&rdquo; experience, he said &mdash; before his unit came home to Fort Hood, Texas, in 2009. He was soon promoted to sergeant.

Then, he and his platoon mates were just a few buildings away from the Soldier Readiness Center on post when a gunman opened fire, killing 13 people and wounding 29 others. Army Maj. Nidal Malik Hasan is awaiting trial in connection with the attack.

&ldquo;Our barracks was right down the street,&rdquo; he recalled. &ldquo;We heard the shots ring out, and we busted out of our rooms and there were helicopters coming down. We got word from the command that everyone had to stay in barracks, stay in rooms, and lock the door. Of course, we didn&rsquo;t do that. We wanted to know what happened. &hellip; It was a chilling feeling, hearing all those automatic weapons go off and not being able to do anything about it. God, that was horrible.&rdquo;

Kaefring was discharged from the Army last year. He&rsquo;s a student at Kirkwood Community College, less than 10 miles from his old high school. He&rsquo;s studying criminal justice on the GI Bill. He said he wants to become a corrections officer and work with troubled youth.

Kaefring said he&rsquo;s proud of his service and glad he joined the Army. The whole experience makes him appreciate civilian life a lot more than he did before.

&ldquo;Being able to do laundry, being able to eat what food I want, it&rsquo;s a big shock. We had no laundry and no showers [in Afghanistan]. &hellip; I talk with a lot of my buddies, and they&rsquo;re taking two showers a day just because they can. We can all feel how nasty it was wearing the same uniforms over and over and over.&rdquo;

&ldquo;I&rsquo;m very happy with how it all played,&rdquo; he said. &ldquo;I was very blessed. That was my idea, to go to enlist, do one tour and fight and get out.&rdquo;