Ryan Goins, a Ramstein junior, won a key match in the season's first wrestling meet and helped the Royals top defending champion Patch. His efforts earned him recognition as Stars and Stripes' male Athlete of the Week. (Courtesy photo)

Ryan Goins, a Ramstein junior, won a key match in the season's first wrestling meet and helped the Royals top defending champion Patch. His efforts earned him recognition as Stars and Stripes' male Athlete of the Week. (Courtesy photo) 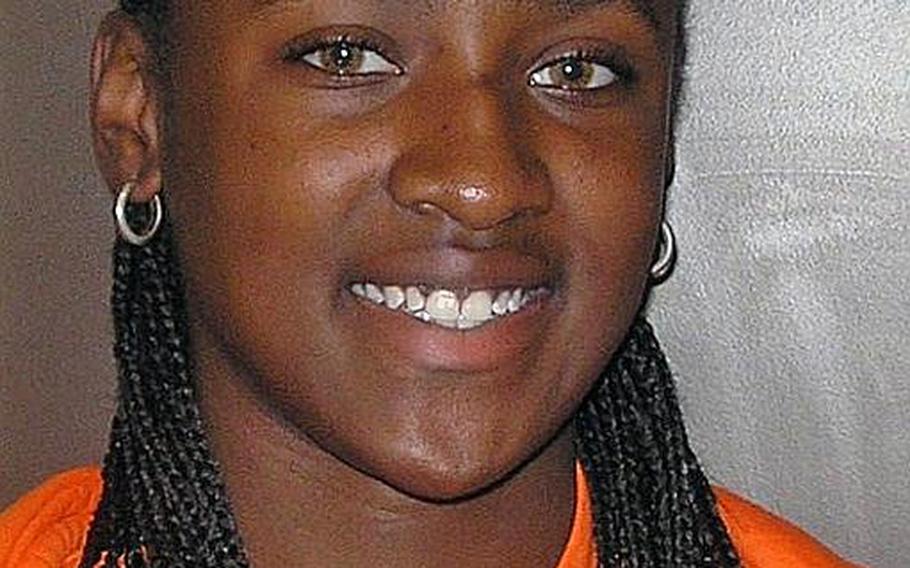 Janelle Loney, a senior at Patch, started the season where she left off a year ago, scoring 30 points, with 13 steals, nine rebounds and eight assists to earn Stars and Stripes female Athlete of the Week honors. (Courtesy photo)

According to Ramstein coach Thomas Wright, after a minute or so in a standing tie-up, &ldquo;Wilson went in a little deeper with an under-hook, and Ryan came across and hit a hand-and-arm. Both wrestlers hit the mat, and Ryan settled and squeezed on top.&rdquo;

The victory, at 113 pounds, was the first of three Ramstein triumphs in four head-to-head finals against Patch wrestlers, and sparked the Royals to a 252.5-235 victory over the defending Division I champs.

It also provided a bit of satisfaction for Goins, who according to Wright, &ldquo;&hellip;has been preparing for this match since Feb 20.&rdquo;

For Goins, however, Saturday&rsquo;s showdown was merely Round 1.

&ldquo;He knows that they will meet three or four times this year,&rdquo; Wright concluded. &ldquo;He also knows that the European tournament is all that really matters in our league.&rdquo;

Last week - Loney, a senior guard and the Stars and Stripes player of the year last season, scored 30 points, stole the ball 13 times, came up with nine rebounds, handed out eight assists and blocked two shots Friday to help the defending European Division I champion Lady Panthers to a 71-62 opening-night victory over visiting Ramstein. According to her coach John Kohut, Loney, a three-time All-Europe selection, shot 77 percent from the floor and the line, hitting seven-of-nine free throws, as well as orchestrating the victory.

&ldquo;She&rsquo;s the leader of our team,&rdquo; Kohut wrote in a Monday email, &ldquo;a solid, poised player&rdquo; who played with four fouls during the game&rsquo;s final five minutes.

Kohut added that he asks much from Loney on the floor, especially in organizing and setting up the Patch game plan.

&ldquo;She sees the whole picture and court setup,&rdquo; Kohut concluded. &ldquo;She dishes out the ball to the open person as she drives and forces the dense to collapse on her&hellip;&rdquo;