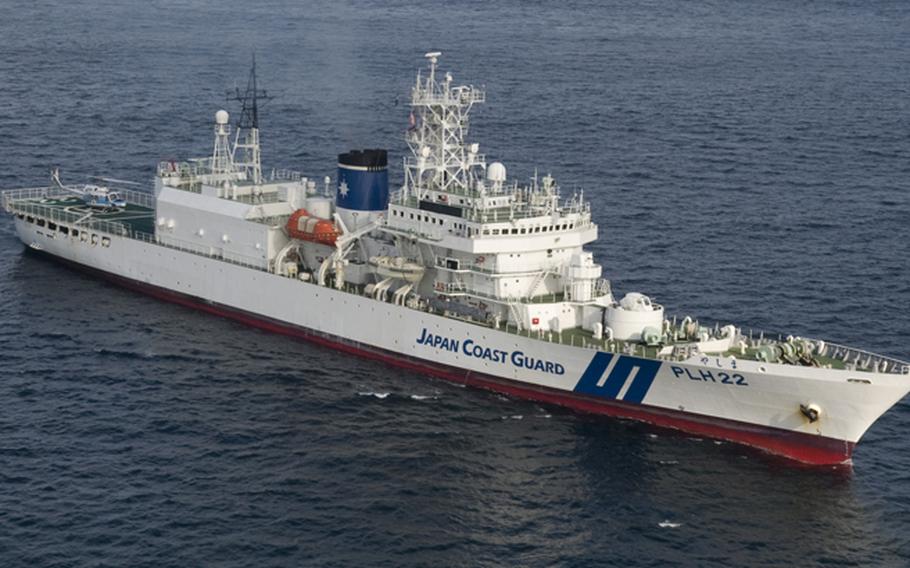 Japan has beefed up coast guard patrols in the East China Sea since the December arrest of a Chinese fishing boat captain after a six-hour chase. ()

Japan has beefed up coast guard patrols in the East China Sea since the December arrest of a Chinese fishing boat captain after a six-hour chase. () 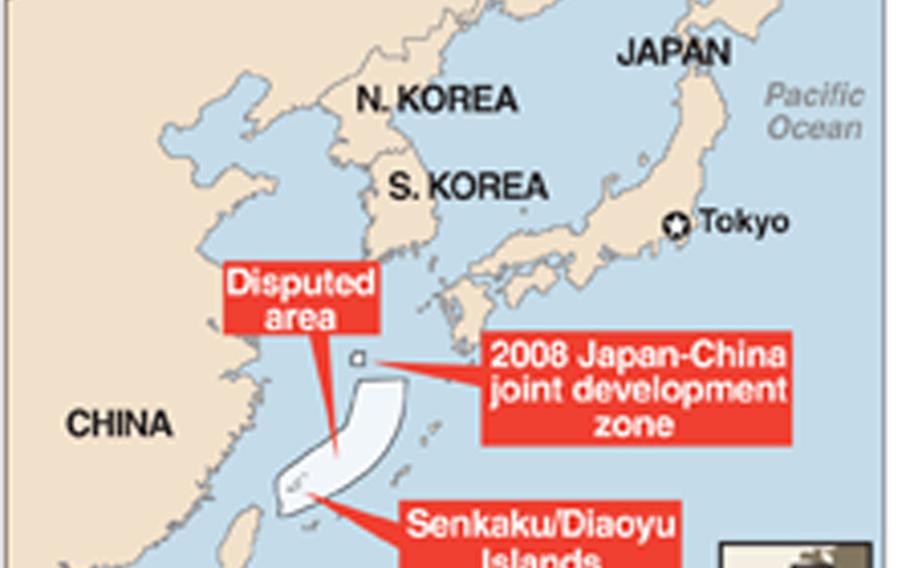 YOKOTA AIR BASE, Japan &mdash; When China and Japan reached a momentous agreement over a contested area in the East China Sea four years ago, the so-called 2008 Consensus dubbed the shared body of water &ldquo;a sea of peace, cooperation and friendship.&rdquo;

The agreement was expected to slowly defuse long-standing tensions by paving the way for a joint development zone in a small area midway between the countries. In addition, Japan was to invest in China&rsquo;s ongoing petroleum exploration of the Chunxiao gas field. Although the rigs are located on China&rsquo;s side of a theoretical midway between the countries, Japan had feared that drilling would syphon petroleum lying beneath its waters.

Today, a more apt nautical metaphor for the consensus is &mdash; in the words of one Japan analyst &mdash; &ldquo;dead in the water.&rdquo;

Official protests from both sides have ratcheted up quickly in the new year.

Japan&rsquo;s recent announcement that it was giving names to 39 uninhabited atolls in the East China Sea, some claimed by China, brought a storm of protest from Beijing. Japan soon fired back over indications that China had begun extracting gas and oil from the Chunxiao field &mdash; before Japan has invested in the operation.

Furthermore, China has stepped up surveillance flights over the East China Sea, and Japan has beefed up coast guard patrols since the December arrest of a Chinese fishing boat captain after a six-hour chase. In late February, a Chinese ship blocked Japanese coast guard vessels engaged in marine surveying near the Chunxiao field.

Washington has historically avoided being drawn into Japan&rsquo;s island sovereignty claims. As China pushes more aggressively into the East China Sea, U.S. forces might be compelled to greater involvement. The Obama administration has made it clear that it wants to shift its military focus to the Pacific, and most experts agree that a rising China is a large reason for that.

Amid these growing tensions, Chinese Prime Minister Wen Jiabao met with Japan&rsquo;s foreign minister, Yoshihiko Noda, in Tokyo in December and discussed a host of issues. The topic of East China Sea co-development warranted only a boilerplate public pronouncement that the countries should work together.

&ldquo;The actual tone of the diplomatic exchanges, if that&rsquo;s the word for them, has been more oriented toward protest rather than cooperation,&rdquo; said Clive Schofield, director of research and associate professor at the Australian Center for Ocean Resources and Security at the University of Wollongong, Australia. &ldquo;I think the 2008 agreement was probably made in good faith but was the high tide of what each side could bring itself to agree to.&rdquo;

Progress has been hampered in part by Japan&rsquo;s wariness over China&rsquo;s swelling and more assertive navy. China wants to increase its military capabilities in the East China Sea to eclipse the U.S. presence in Japan, according to a report on China&rsquo;s naval capabilities published last month by the National Institute for Defense Studies, a research arm of Japan&rsquo;s Ministry of Defense. The report expects that China will exhibit a more &ldquo;assertive attitude&rdquo; in the East China Sea as its military power improves.

Susumu Yabuki, professor emeritus at Yokohama City University, told NHK Online that China&rsquo;s aim in building the Chunxiao drilling rig isn&rsquo;t only to retrieve petroleum, but also to build a structure near the median boundary line so its navy could protect it. In this way, China would expand control over the region.

Any agreement between China and Japan is always negotiated with the backdrop of historical animosities, Schofield said. In particular, the countries make competing claims of sovereignty over the Senkaku Islands &mdash; called the Diaoyu Islands by China &mdash; about 230 miles west of Okinawa. The dispute over the islands, now in Japan&rsquo;s possession, has overshadowed the potential benefits of mutual development.

Eric Heginbotham, a senior East Asia analyst with the RAND Corp., said he believes the sovereignty issue has become so intractable that the only way mutual development could move forward would be to separate the two. That&rsquo;s happened before in the region, he said, with Thailand and Malaysia establishing a joint development zone around disputed islands, though not resolving sovereignty. It took more than a decade to move from agreement to operation.

Little more than volcanic rock, the Senkaku Islands have slight intrinsic value, but Japan considers them essential in establishing its 230-mile exclusive economic zone in the East China Sea, a concept defined by the United Nations Law of the Sea.

Japan had long been in favor of using an equidistant point between the nations as a boundary, Schofield said. Meanwhile, China has been claiming a boundary much closer to Japan based on &ldquo;natural prolongation,&rdquo; meaning that it claims rights to all sea above the continental shelf that extends from its shores, he said. This would bring China&rsquo;s exclusive economic zone almost to the shoreline of Japan&rsquo;s Ryukyu Islands.

Some Japanese academics are saying that Japan never officially accepted the equidistant-boundary concept, and that the nation should have a full 230-mile exclusive economic zone, Schofield said. This more aggressive stance would create a boundary line far into the waters on China&rsquo;s side of the theoretical equidistant line.

&ldquo;If anything, the dispute seems to be getting worse rather than better, despite the high point we reached in 2008,&rdquo; he said.

Domestic politics and nationalism in each nation haven&rsquo;t left leaders much wiggle room.

For much of the Chinese public, the 2008 Consensus is considered &ldquo;a betrayal of China&rdquo; and compromises its national interests, said Nong Hong, an associate research professor with the National Institute for South China Sea Studies, which operates under China&rsquo;s Foreign Ministry.

China&rsquo;s controlling Communist Party has done little to discourage this attitude. In January, the People&rsquo;s Daily, considered an official mouthpiece for the party, described the Senkaku Islands as one of China&rsquo;s &ldquo;core interests.&rdquo; The party has been historically rigid when dealing with core interests, which also include Tibet and Taiwan.

&ldquo;I think conservatives and rightists in Japan will object to Tokyo ever becoming a shareholder in mainland China&rsquo;s gas exploration,&rdquo; said Peter K.H. Yu, a professor of marine affairs at National Quemoy University in Taiwan. &ldquo;They want the opposite relationship &mdash; that is, Beijing becoming a shareholder in Tokyo&rsquo;s exploration.&rdquo;

Heginbotham said Japan likely believes it would lose more than it would gain by investing in China&rsquo;s Chunxiao petroleum exploration.

&ldquo;The Japanese may agree on the political level, but when they actually try to implement this, it basically involves accepting the status quo,&rdquo; Heginbotham said. &ldquo;At a minimum, it means accepting the location of those drilling rigs.&rdquo;