Duty calls, but so do the holidays 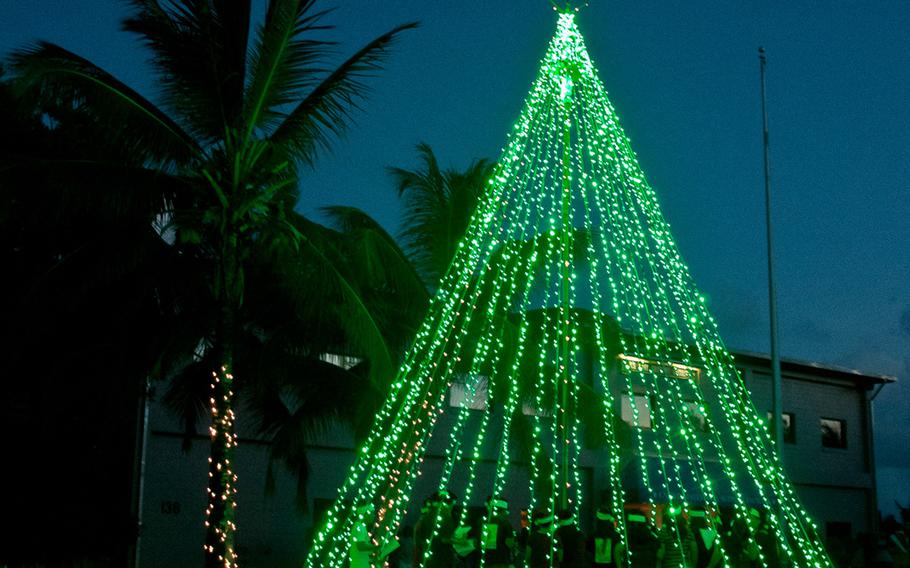 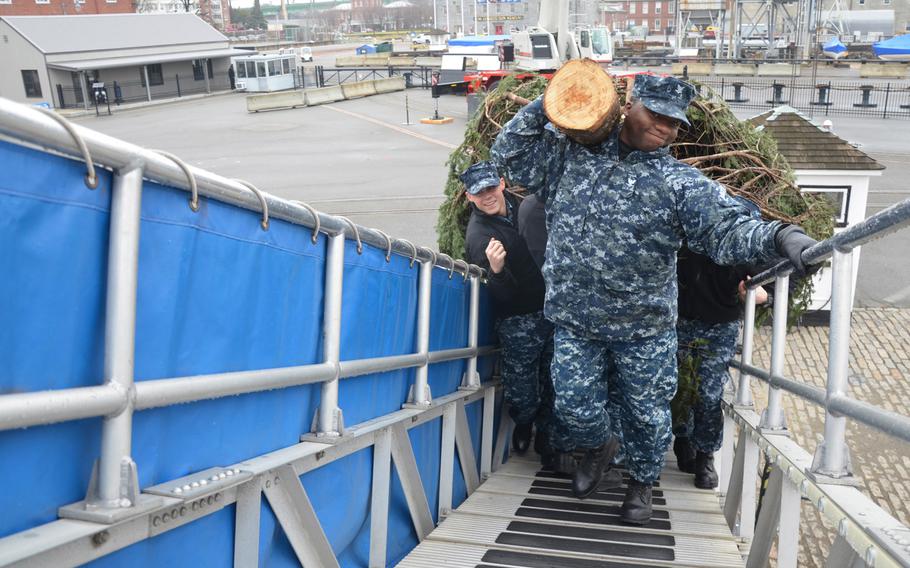 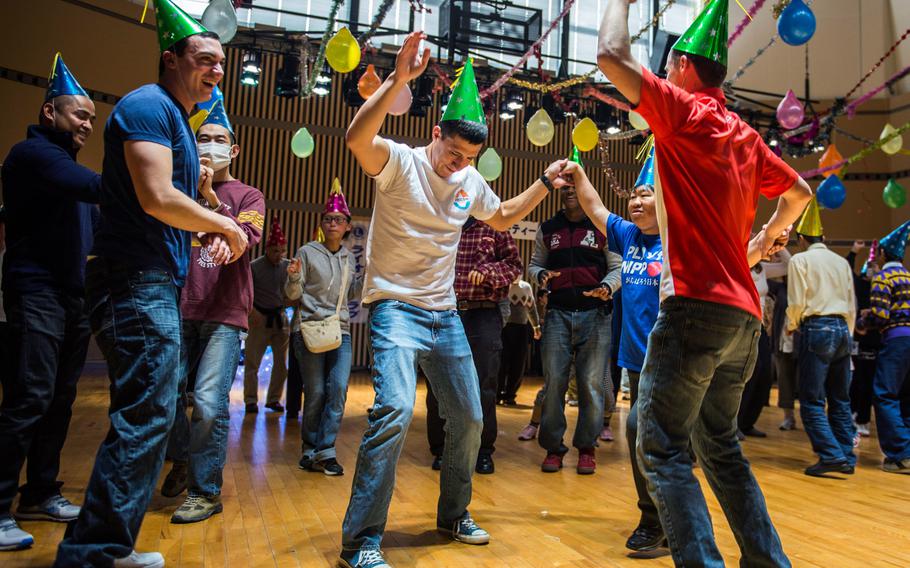 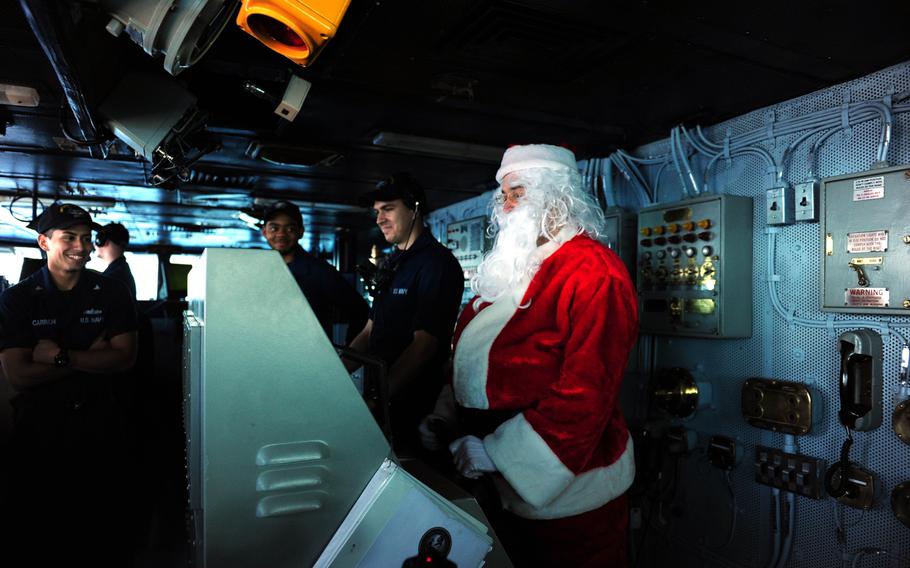 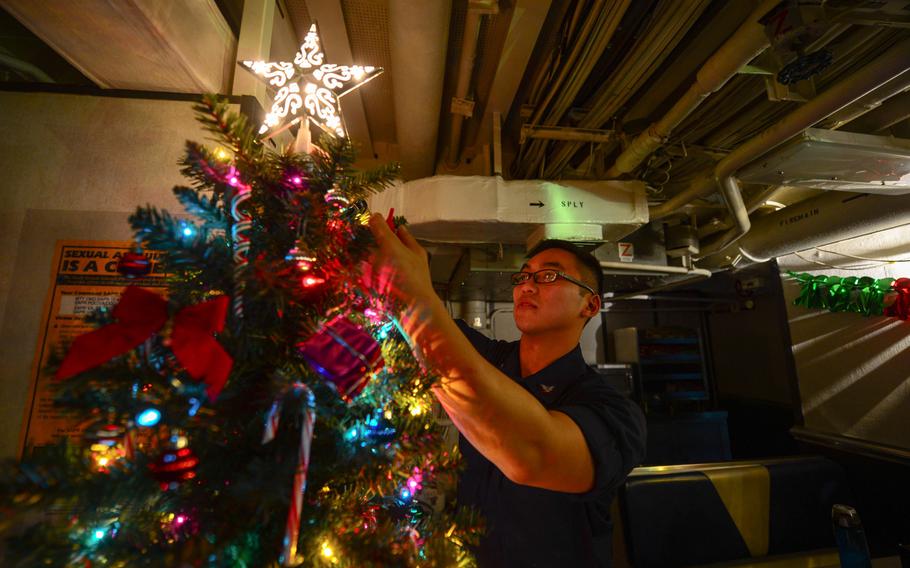 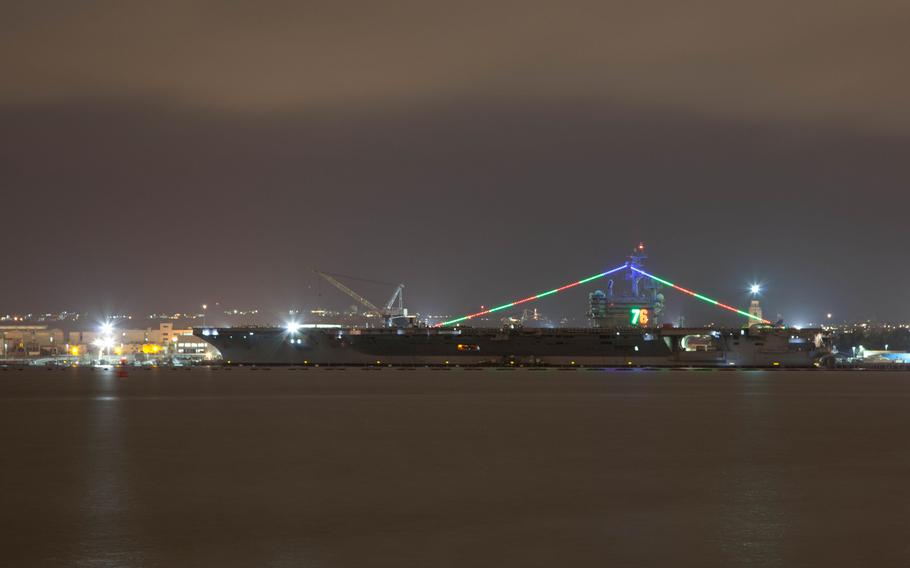 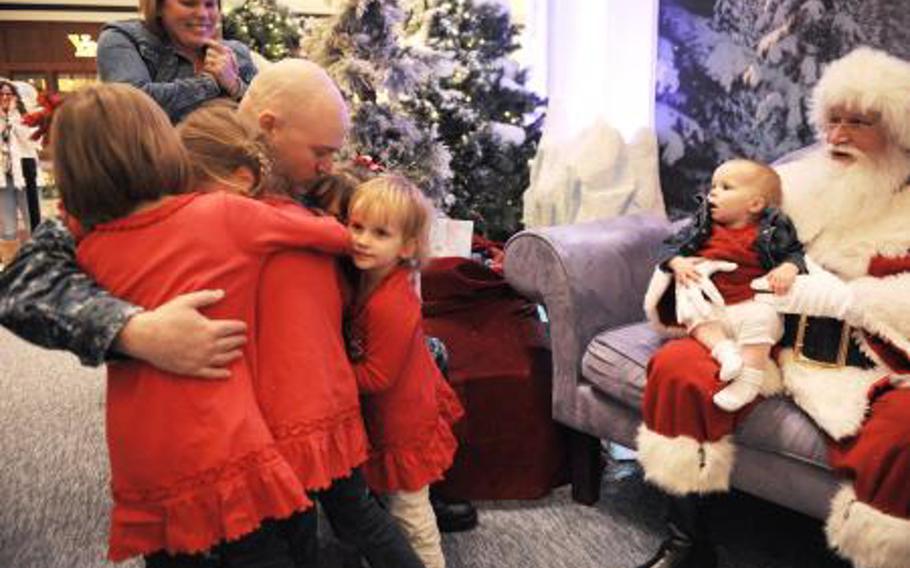 Fire Controlman 1st Class Chad Chambers hugs his daughters after surprising them with his homecoming while they were visiting Santa Claus at the MacArthur Center in Norfolk, Va., Dec 13, 2013. Chambers had been deployed aboard USS Stout since August and returned home early to transfer from the command and report to a shore duty command as part of a routine rotation. ( Molly A. Burgess/Courtesy U.S. Navy) 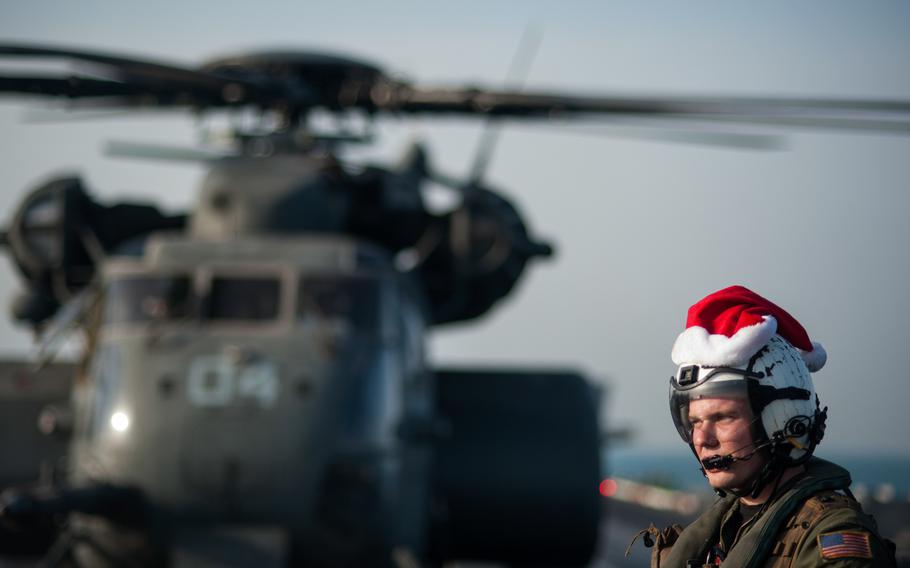 Naval Aircrewman 3rd Class Tyler Abbott, assigned to the Black Hawks of Helicopter Mine Countermeasures Squadron 15, waits while mail is unloaded from an MH-53E Sea Dragon helicopter on the flight deck of the aircraft carrier USS Harry S. Truman Dec. 19, 2013 while underway in the Persian Gulf. (Karl Anderson/Courtesy U.S. Navy)

For military servicemembers, serving is a 24-hour a day business, even during the holiday season.

Most of them are serving in far-flung places around the world, far from family and friends in the United States.

But the holidays can offer a lighter side to the very serious business of keeping the U.S. and its allies safe. Here, sailors and Marines around the world take some time to get into the holiday spirit.