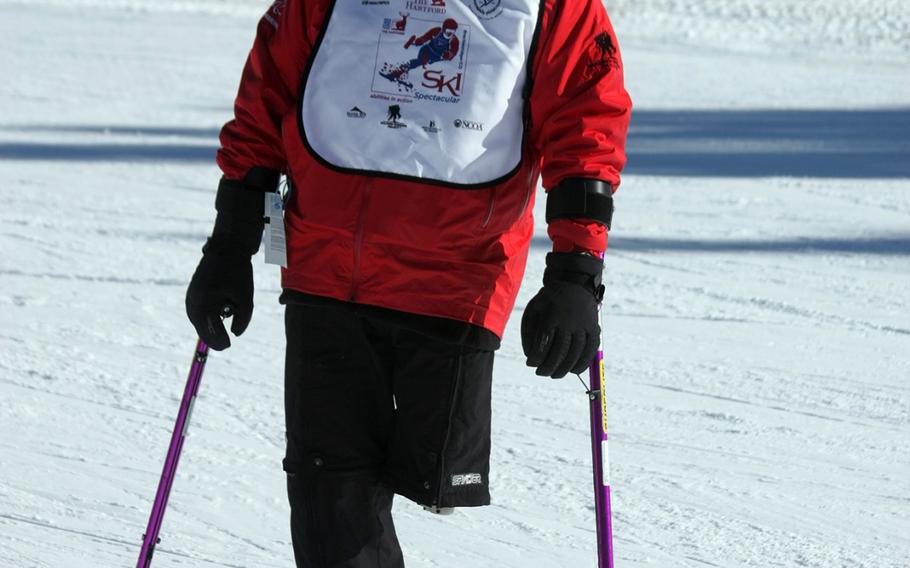 Kirk Bauer has never forgotten the most terrifying nightmare of his life.

It was 1969. Bauer, then 21, was undergoing surgery for injuries sustained from a grenade blast in Vietnam, where he had been serving with the Army’s 9th Combat Infantry Division. During the operation, he awoke and tried to get off the operating table. Still in a daze, he struggled with the medical personnel trying to pin him down. Eventually, they gave him him a shot of sodium pentothal and soon he found himself trapped in a hellish vision.

“My head was on a wheel, and I couldn’t get off,” Bauer recalled. “It was like the most terrifying nightmare, and when I woke up, I was in a straitjacket. They said I had gone nuts.”

Bauer, who had one leg amputated above the knee, has a special affinity for troops wounded in combat and can relate to their physical and psychological pain.

He uses that to his advantage as executive director of Disabled Sports USA, an organization that helps disabled individuals realize, through sports, what they’re able to accomplish despite their disabilities. Its War Fighter Sports rehab program offers free training and competitive events for servicemembers severely wounded in the Iraq and Afghanistan wars.

“You have to keep in mind where we’re all coming from” — as fit, active, athletic servicemembers before their injuries. “We were at the top of our game, if you will. … We’re literally trained to take cities. And suddenly an explosion, with loss of limbs, causes these guys — myself included — to be laid out flat on our backs.”

The trauma that wounded troops experience is very debilitating, and for many, depression sets in, said Bauer, 64. “I can remember just lying in bed and making a checklist in my mind of all the things I could not do or, at least, thought I could not do.”

But sports programs, such as those DSUSA offers, are highly effective in combating that depressive cycle, Bauer said. Four months after his own nightmare on the operating table, he was introduced to the disabled sports program that he now heads and was soon on his way to recovery.

“I went from moving around in a slow-motion world in the hospital to getting on top of a mountain and being able to ski down within just a couple of days of being exposed to the ski program. It was the biggest high in the world,” he said.

“It made me believe in myself again.”