DHS requests room for up to 20,000 unaccompanied minors on military bases 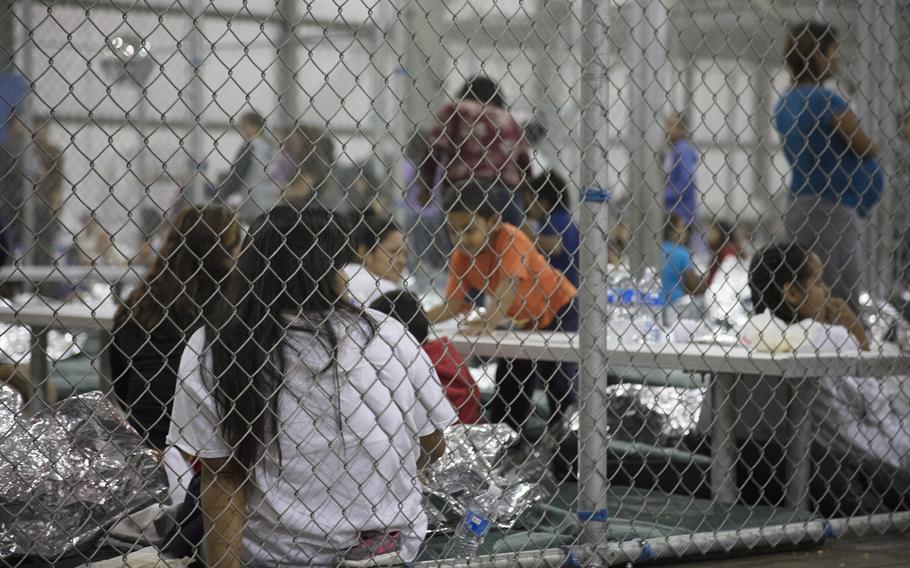 WASHINGTON — Up to 20,000 migrant children could be housed on U.S. military bases under a plan being considered by President Donald Trump’s administration, according to U.S. officials. The children would be unaccompanied minors who cross the border without family members, not children separated from them.

The Department of Homeland Security requested the space to hold the children under 18 at military installations, two defense officials said Thursday on the condition of anonymity because they were not authorized to discuss ongoing planning.

No decisions about which of the bases would be used to hold the unaccompanied minors had been made as of Thursday, officials said. Under the current plan, the military bases would not be used to house 2,500 migrant children who were separated from their families in recent weeks before Trump signed an executive order Wednesday halting that policy. Pentagon and DHS officials remain in discussion about the potential to house families detained at the border at those military sites.

Sen. Chuck Schumer, D-N.Y., on Thursday said he had been advised of the plan, but questioned how DOD could hold 20,000 children.

“How will that work? Is it even feasible?” he asked on the Senate floor.

Defense Secretary Jim Mattis on Wednesday dismissed concerns about holding children on military bases, confirming the Pentagon would provide the space DHS requested. He referred questions about the policy to DHS, telling reporters the Pentagon has supported such programs in the past.

“We have housed refugees. We have housed people thrown out of their homes by earthquakes and hurricanes,” he said. “We do whatever is in the best interest of the country.”

The military has hosted unaccompanied migrant minors in the past. In 2014, HHS used space at Lackland Air Force Base in Texas to house thousands of unaccompanied children. The officials said any use of military facilities would be similar to that.

Mattis has said that DHS would only use space on installations that is not needed for military use. He said no Defense Department personnel would be involved with caring for or securing the children.