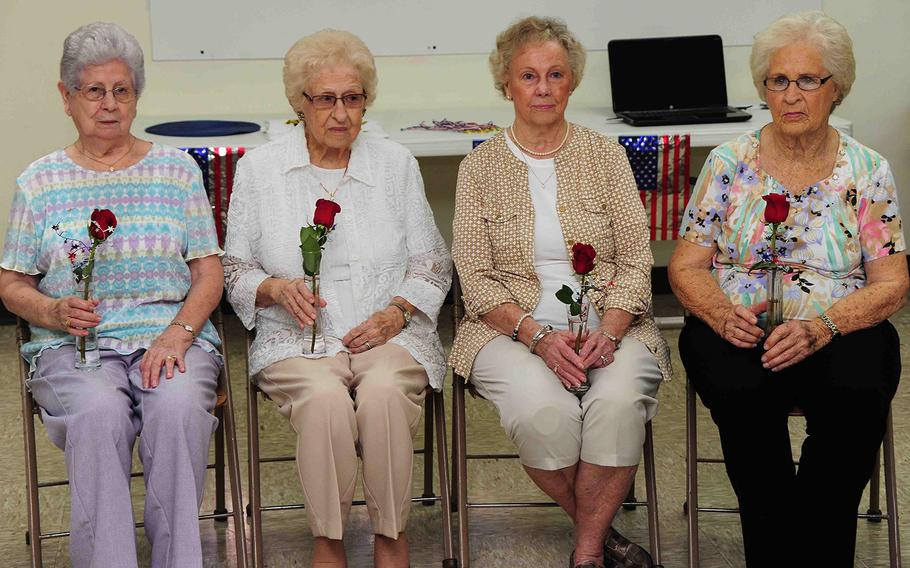 This could be a pivotal legislative year for more than 60,000 surviving spouses of servicemembers who either died in retirement from service-connected ailments or injuries or died while serving on active duty.

The armed services committees will be deciding whether to continue to ease a sharp loss of survivor benefit payments for these widows by extending or even bolstering their Special Survivor Indemnity Allowance (SSIA), which is due to expire on Oct. 1, 2017.

At the other end of the spectrum of options, this one perhaps requiring a budget miracle given its projected cost of $7 billion over the next decade, Congress could decide to protect these surviving spouses more fully by ending the so-called SBP-DIC offset, which the SSIA was created to ease.

“Congress never passes the [defense] authorization bill by the first of October. So if we’re going to avoid expiration [of the SSIA], something has to be in this year’s bill either to eliminate the offset, phase out the offset or at least extend, if not increase, the SSIA,” explained Steve Strobridge, director of government relations for Military Officers Association of America.

The survivors, most of them widows, believe that for more than a decade they’ve been mistreated by Congress and the White House because their Survivor Benefit Plan (SBP) payments continue to be reduced, dollar for dollar, by the amount they receive in Dependency and Indemnity Compensation (DIC) from the Department of Veterans Affairs.

Any justification for the SBP-DIC offset disappeared, they argue, when Congress voted to lift a similar ban on “concurrent receipt” of both full military retirement and VA disability compensation, at least for the most seriously disabled retirees and those with rated combat-related conditions.

By treating so many retirees fairly and at great cost, how can Congress continue to ban concurrent receipt for those survivors drawing DIC because they lost spouses to service-connected ailments or injury?

The two payments, they argue, have separate purposes. SBP is an insurance-like annuity purchased either by dying on active duty or, more typically, by having premiums withheld from retired pay for up to 30 years.

DIC, on the other hand, is a tax-free benefit, currently set at $1,254 a month, which VA pays to survivors for the economic loss if members die in the line of duty or if veterans die later of service-related conditions.

Lawmakers have had an easier time ignoring this since 2008 when they acknowledged the inequity and began to ease it by creating for survivors the SSIA. Like any entitlement pay, it is categorized as mandatory spending and, under House budget rules, can only be funded by shifting the dollars required from other mandatory spending accounts.

That’s why SSIA initially was set at only $50 a month, to be raised annually by $10 a year. But then-chairman of the House Armed Services Committee, Rep. Ike Skelton, D-Mo., found enough of the right type of dollars to boost SSIA. It’s now $275 a month and will rise Oct. 1 to $310, enough to effectively replace a quarter of the maximum SBP-DIC offset.

But SSIA is to expire Oct. 1, 2017, leaving the armed services committees to debate what to do next. Rep. Alan Grayson, D-Fla., would like them to adopt his bill, HR 4519, which would extend SSIA for five years, and raise it steadily to reach $800 a month by 2022.

Awaiting a cost estimate on his bill from the Congressional Budget Office, Grayson also has a second bill to extend SSIA for only a year, raising it to $400 a month. That cost is easily calculated at roughly $300 million.

“We still think the right thing to do is repeal the offset,” Strobridge said. “The second choice if we can’t do that is to try to find a cheaper way to phase out the offset over time. And if we can’t get that, we have to at least do something to extend the SSIA and hopefully increase it.”

Janet Snyder, president-elect of the Society of Military Widows, said her first thought was to oppose both Grayson bills because the SSIA means applying another band-aid to what is a deep and unjust financial wound.

But she also understands that some can’t risk losing the SSIA. There’s also the argument that the more SSIA grows, the more likely over time that ending offset will seem affordable to lawmakers now balking at the cost.

Snyder said her husband died 100 percent disabled in 2010, having paid SBP premiums 30 years. Though a portion of premiums were refunded, her SBP has been reduced an average of $1,000 a month ever since. “It’s like paying into an insurance policy. You’re supposed to get the benefits!”

“This is very sad, because the whole point of SSIA was to get the offset eliminated by this time. And we’re not any closer now, I think, than we were before, unfortunately,” said Kinnard.

Given what surviving spouses lost because a loved one chose to serve the nation, this lack of progress “is disgraceful,” she said. “I think we take better care of refugees than our surviving spouses.”

In written testimony last month to a Senate armed services subcommittee, Edith G. Smith, a long-time advocate for surviving spouses, reviewed the legislative history of failed attempts to end the offset, noting that “co-sponsors of these bills have numbered from 44 to 352 in different sessions of Congress.” With a few exceptions, like Sen. Bill Nelson, D-Fla., she called the “inconsistency” of support by lawmakers “mind-boggling.”

Smith also recalled testifying before the Senate Veterans’ Affairs Committee in 2005 with freshman Sen. Barack Obama attending and later co-sponsoring two bills to end the SBP-DIC offset. And yet as president, even after White House staff convened meetings on the topic, Smith wrote, no Obama budget request ever included funds to end the widows’ offset.