Debate lingers over how to protect deployed troops' custody rights 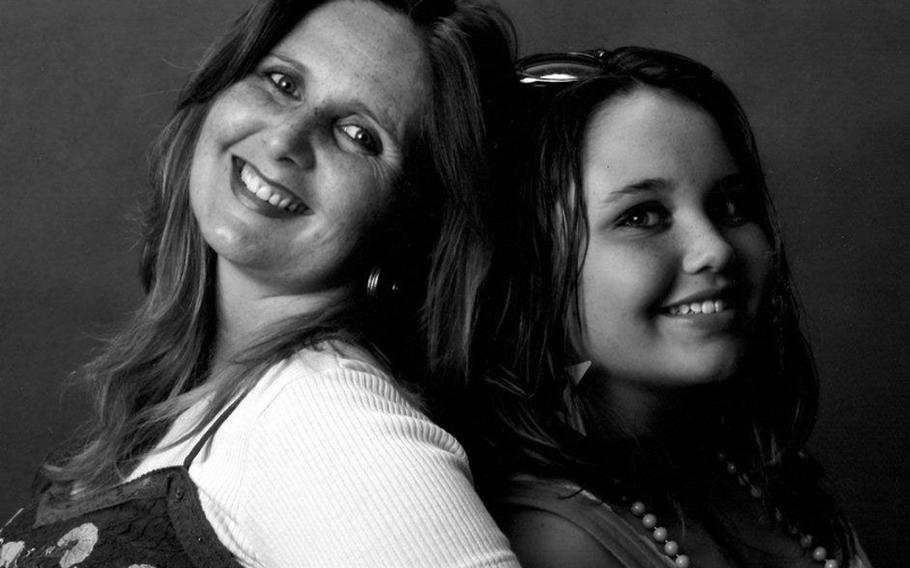 It's been four years since Capt. Eva Slusher regained custody of her daughter after a judge ruled that her military career made her ex-husband a more suitable parent.

She prevailed after a two-year court battle and has since championed legislation to help protect other troops from similar custody fights.

Her efforts helped get a law passed in Kentucky that prevents military service - particularly the deployment-related absences it can create - from being used against troops in custody determinations. She's now pushing for a similar federal law, at the center of a debate between Congress and the Pentagon.

"It's not about me anymore," said the 39-year-old Kentucky Army National Guard soldier. "I can't sit back and watch it happen."

Lawmakers and military brass concur in principle: There should be better laws to protect servicemembers' parental rights. They agree that active-duty mothers and fathers need guarantees that lapses in parental care related to military service will not discredit them from being awarded custody.

But whether to push the matter at the state or federal level - or both - is at question.

In a report released in May, the Defense Department endorsed continuing its piecemeal approach of lobbying individual states to adopt such laws, calling the proposed federal law an infringement on states' rights.

The Defense State Liaison Office - a group of 13 officers working with states on military-friendly legislation - has helped persuade 36 states to pass laws aimed at protecting servicemembers' custody rights while deployed, said Col. John Odom, an attorney and principle author of the report.

Their bill has bipartisan support and was included in the annual defense authorization act by the House Armed Services Committee late last month.

That provision has been included in the defense budget legislation in recent years, only to be removed by the Senate in conference committee negotiations. That process will begin anew this summer before the defense budget is finalized in September, according to Turner's office. Senate leaders have not given any indication they'll respond differently this year.

Along with preventing state courts from using deployments against troops in custody disputes, the provision would also prohibit them from permanently altering custody orders during a parent's deployment and would require pre-deployment custody to be reinstated unless that is not in the best interest of the child.

Congress in 2008 extended the Servicemembers Civil Relief Act to include military child custody cases, prohibiting judgments against parents while they are deployed and allowing more time for returning troops to respond, though Turner said even more than the 90 days now permitted under the act is needed. The 2008 change does not affect temporary custody orders, which many courts keep in place when there is a dispute upon a servicemember's return, as was the case with Slusher.

Her custody battle began when she came home to Frankfort, Ky., in 2004 after a yearlong deployment. Her ex-husband, who took over full-time parenting of their daughter while she was gone, won permanent custody shortly after she returned.

She eventually won back custody of Sara, now 16, on a technicality, she said, because there were no laws at the time giving her grounds to appeal the judge's initial ruling.

Though Kentucky now has a law that could have helped her and those in her situation, other states do not.

"Why not have a baseline of protection with a federal law?" she said.

A federal law also would go far in crystallizing military parents' rights, she said, which can get muddled in jurisdictional issues because of frequent military moves, particularly for those stationed overseas.

Military attorneys agree that if parents are official residents of one state, divorced in another and then enter custody proceedings after having moved to yet another state or country, determining which state has jurisdiction can be difficult.

The Pentagon's May report said there is no trend indicating widespread custody problems related to deployments such as Slusher's.

Slusher contends that having the Defense Department push changes at the state court level proves the problem is endemic. She added that she has been contacted by dozens of other military parents in similar situations since becoming an advocate and having her story publicized.

About 142,000 servicemembers have primary custody of their children after splitting with the other biological parent, according to the May report.

It noted that tracking custody cases is difficult because they are not easily extracted or available in legal databases. The report did not include field assessments from military legal experts queried on the matter.

Since the report was issued, the House Armed Services Committee has directed the Defense Department to create its own database to track military child custody disputes, according to a letter by Turner in response to the report. Turner contends his legislation has failed three times to gain congressional support in past years because of opposition from Defense Department officials.

He said he is optimistic this year. He said there is new support in the Senate, and he has been encouraged by Defense Secretary Robert Gates' promise in April to "take a fresh look" at the issue.

Odom, the Pentagon attorney, maintained that the proposed federal legislation would only muddy the murky waters of family law, where few matters are cut and dry.

Safeguarding troops' parental rights should remain at the state level where the process can be crafted to coincide with other states' statutes and law enforcement and social services agencies, Odom said.

Turner and Sandlin's proposed bill states that the federal legislation would not drag military custody battles into federal court from state courts, where family law has historically been decided and enforced. The bill also would defer to state laws when they are more protective of troops' rights.

Meanwhile, though family law experts with the American Bar Association agreed with the Pentagon's position in the report favoring state control, others say they continue to see hundreds of cases in which troops return home from combat to angry custody battles and unsympathetic judges, who see long tours overseas as an obstacle to providing a stable home for children.

"It seems like a no-brainer," Slusher said. "What could it hurt? Really, I don't see what all the opposition is about."