Congress is last hurdle to women in every combat role 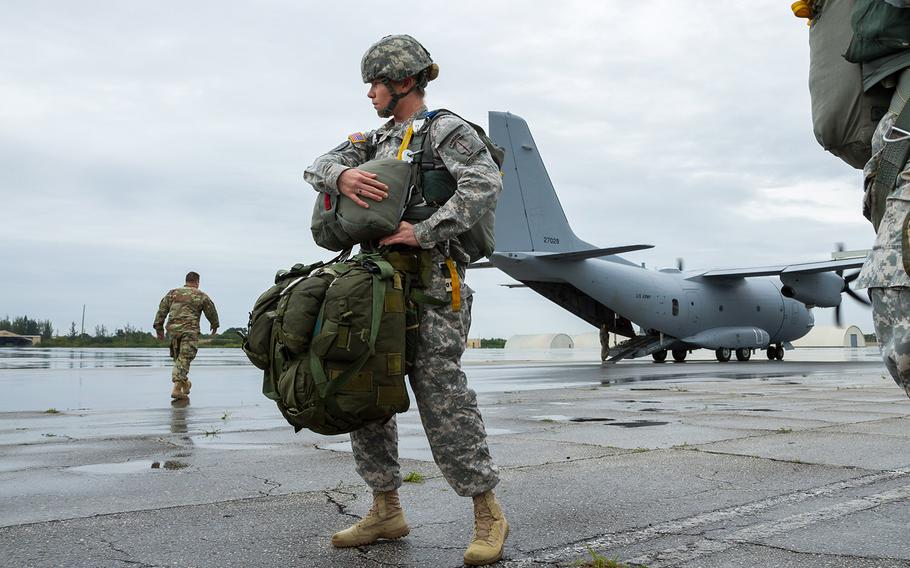 On Jan. 8, six days before he closed out a 45-year Marine Corps career, his last job leading U.S. Southern Command, Gen. John F. Kelly sounded an alarm, which he must have hoped would be heard on Capitol Hill.

Kelly was asked at his final Pentagon press conference to comment on Defense Secretary Ash Carter’s Dec. 3 decision that every combat job, without exception, be opened to women who meet gender-neutral standards.

This and every decision impacting on the military, Kelly answered, should have “only one filter … Does it make us more lethal on the battlefield?”

If the answer “is, ‘It shouldn’t hurt,’ [then] I would suggest that we shouldn’t do it, because it might hurt,” said Kelly. His great fear is that standards will be lowered, regardless of current promises that they won’t be.

“There will be great pressure, whether it’s twelve months from now, four years from now, because the question will be asked [after] we’ve let women into these other roles, ‘Why aren’t they staying? … Why aren’t they advancing? … Why aren’t they becoming … more senior?’ And the answer … will be, ‘If we don’t change standards, it will be very, very difficult to have any … real numbers come into the infantry or the Rangers or the SEALs.’ ”

Over time, lowering standards will be “the only way it’ll work [for] the agenda-driven people here in Washington,” Kelly said.

Attention now turns to Congress, where some lawmakers, worried about readiness, hope to modify Carter’s no-exception policy and will comb through individual services’ implementation plans. Other members of Congress will advocate for a swift opening of all combat skills and units to women who have the physical and mental toughness for these jobs.

About 10 percent of current military positions, almost 220,000 jobs, remain closed to women, mostly in infantry, armor, reconnaissance and some special operations units. The Marine Corps was the only service to seek to exempt some front-line combat skills from gender integration. It argued mixed gender units would be less capable in ground combat, and female Marines routinely would suffer more occupation-related injuries.

Carter rejected the Corps’ request, saying combat effectiveness remains a priority but it can be preserved through careful implementation and adherence to tough gender-neutral standards to fill every skill.

“There will be women who can meet the physical requirements of these specialties, even as there are men who cannot,” Carter said.

By law, Carter must report to Congress on plans to open units or positions previously closed to women. He also must provide analysis on how removing all combat restrictions should affect the law governing a military draft. Only male 18-year-olds now need to register with Selective Service.

Congress then will have 30 calendar days to review Carter’s report, which presumably will include detailed implementation plans from Army, Navy, Air Force, Marine Corps and Special Operations Command. Congress has authority to order changes if a majority of lawmakers have concerns over how opening all skills will affect readiness, unit cohesion or other issues.

Rep. Mac Thornberry, R-Texas, and Sen. John McCain, R-Ariz., chairmen of the armed services committees, issued a joint statement promising a careful review, saying opening all combat positions to women will have “a consequential impact” on servicemembers and warfighting capabilities.

Republicans, who form the majority on both committees, are said to fall into two camps: those awaiting more information and those opposed to Carter’s decision. Rep. Tammy Duckworth, D-Ill., said there are at least as many lawmakers like her who will fiercely oppose any delay. A retired Army National Guard officer, Duckworth lost both legs and partial use of an arm to a rocket-propelled grenade while piloting a Black Hawk helicopter in Iraq.

Of Kelly’s comments, Duckworth said she’s “not surprised there would be a general somewhere who would say something along these lines. But … none of the women who are going to apply [and] meet the standards to serve in these units want the units to be less capable or less deadly.”

“If anything the women will fight … to make sure standards aren’t lowered,” added Duckworth, who serves on the Armed Services Committee and is running for the Senate against first-termer Sen. Mark Kirk, R-Ill.

Duckworth recalled how she and the only other woman in her flight school “fought as hard as we could to make sure people understood we were just as good of pilots are the guys were” and sought no special treatment.

Looking back, Duckworth said, “I couldn’t qualify for Ranger’s school but a lot of he guys can’t either. Whatever percentage of women can, even if it’s two percent, let them do the job!”

In the last 14 years, 161 U.S. military women have died in Afghanistan and Iraq, and 1,016 have been wounded. Women are in combat, Duckworth said; indeed the U.S. military can’t go to war without them. The question is can some women “drag a 250-pound dead weight, which is what we consider to be a fully combat–equipped soldier? Can you drag your buddy to safety while continuing to fire your weapon and do your job? If you can, and you’re ready to lay down your life for your country, good for you. Go do it.”

The House Armed Services Committee plans a hearing on this soon. One member expected to lead the opposition is Rep. Duncan Hunter, R-Calif., a major in the Marine Corps Reserve who served in Iraq and Afghanistan. Last September he asked Navy Secretary Ray Mabus to resign over his public criticism of the Corps’ request for certain skill exemptions.

This month in a pair of letters to Carter, Hunter attacked Mabus’ Jan. 1 order that the Marine Corps in 15 days provide a plan to move to mixed gender training of all recruits and officer candidates. Hunter said gender-segregated training is supported by “decades of scientific and individual consensus” and “everything we have come to … understand about warfare.”

Mabus’ “social meddling,” he warned, won’t strengthen Marines’ ability to close with and destroy the enemy but instead “will put lives at risk.”

Hunter told us he hopes to have language inserted in the defense authorization bill “to at least look at this issue more closely before making such a drastic change. And we need more members on both sides of the aisle to address this too. It can’t just be the [Iraq and Afghanistan war] veterans who are taking this on.”