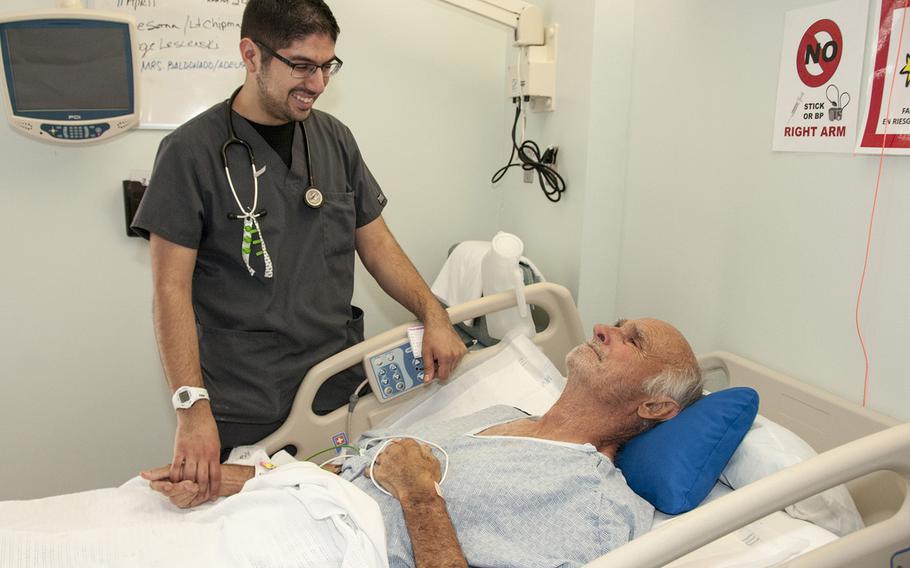 The Military Coalition, a consortium of almost three dozen associations and veterans groups, is urging House-Senate conferees, as they negotiate a final defense policy bill, to reject Senate-passed language that would impose higher Tricare enrollment fees and deductibles on more than a million retirees under age 65.

The Senate version of the fiscal 2019 National Defense Authorization Act (S 2987) would repeal an unusual grandfather provision in current law that protects current retirees from a host of Tricare fee changes which, for now, target only members who enter military service this year or later and eventually retire.

The Senate wants the higher Tricare cost-shares to apply, as the Department of Defense intended, to all current and future retirees. If the Senate language becomes law, DOD officials would reset fees starting in 2020.

The impact over time would be billions of dollars in higher out-of-pocket health care costs for “working age” military retirees, those not yet eligible for Medicare either due to their age or disabilities.

The Senate Armed Services Committee’s report on the bill describes the proposed cost-sharing changes, found in Section 701, in the best possible light. The changes would, it says, “correct an inequity in the Tricare benefit” by establishing “a single co-payment structure, applicable to all” working age retirees.

That hasn’t softened to the criticism coming from retiree advocacy groups.

“The cumulative impact of higher copays, enrollment fees, higher catastrophic caps and a new non-network deductible would significantly erode the value of the health care benefit earned over many years of service and sacrifice,” complained 28 organizations of the Coalition in a July 10 joint letter to the chairmen and ranking members of the House and Senate armed services committees, the four lawmakers leading closed-door negotiations on a final defense bill.

The Coalition said Section 701 does nothing to address steep copay increases for physical, speech and occupational therapies, and for mental health visits, which recently took effect under what the Coalition views as a flawed new copay construct designed by Tricare officials.

Making the Senate proposal “more egregious,” the Coalition said, is the department’s intent not to use additional fees “to maintain or improve the military health care system, but … to fund readiness or other unspecified priorities.”

A separate background paper from the Coalition says the fee increases would be “set to occur just as a large percentage of current service members — those who have served their entire careers during wartime — approach their retirement.”

The Tricare Prime enrollment fee for retirees would jump 21 percent, it says, and retirees using Select would pay a first-ever enrollment fee of $450 for individual coverage and $900 for families. Retirees who use Select with non-network providers would see a new annual deductible of $300 for individual coverage and $600 for family coverage. The annual catastrophic cap on total out-of-pocket costs for retirees would rise by $500 to $3,500.

The 600,000 retiree households enrolled in Prime would see more modest increases. Their annual costs would rise by $120, to $1,790 annually, for Prime family coverage, and by a $60, to $730 annually, for individual coverage.

Overall, the higher fees would save DOD $2.8 billion over an initial four-year period, 2020 through 2023, the Congressional Budget Office estimates. But within a year of them taking effect, roughly 20,000 military retirees would “stop using Tricare altogether” and shift to less costly insurance offered by civilian employers or available through spousal health insurance.

Though that shift of 20,000 “is not large relative to the entire retiree population, their exit from the Tricare program would result in significant savings for the federal government,” CBO says. It says the “weighted average cost to DoD for a typical retiree household” using Tricare in 2021 will be $17,800.

Some retirees who leave Tricare would migrate to other “government-funded health care,” CBO forecasts, including to the Department of Veterans Affairs or, if federal civilian employees, to the Federal Employees Health Benefit Plan. A small number of financially strapped retirees might use Medicaid. As a result, CBO says the $2.8 billion in savings projected for military health care through 2023 would be partially offset by about $320 million in added costs to other federal agencies.

The Senate plan to shift of more health costs onto current retirees “disregards the intent” of Congress expressed two years ago to apply the higher fees only to new entrants, complained retired Air Force Lt. Gen. Dana T. Atkins, president and CEO of Military Officers Association of America (MOAA), in a late June letter to those leaders of the armed services committees.

Retired Navy Capt. Kathryn M. Beasley, director of government relations on health affairs for MOAA and co-chairwoman of the Coalition’s health care subcommittee, said lawmakers are feeling the heat of write-in campaigns against the Senate provision from associations and veteran groups.

“Members of Congress have been hearing from military beneficiaries far and wide on this,” Beasley said. “We’re putting on a full-court press.”

Despite that heat, one congressional staff member said it remains unclear whether conferees will reject the Senate provision and accept the strange scenario, under current law, of having a series of Tricare fee increases delayed until a whole generation of servicemembers begins to retire in 2038.

“If it wasn’t an election year, I would say for sure it would survive,” this source said.

Every House seat and a third of the Senate will be determined by voters in November. Some lawmakers, particularly those representing districts with heavy concentrations of military retirees, won’t want to defend raising their Tricare fees.

Last fall the National Military Family Association stood alone among advocacy groups in backing DOD’s desire to have a single set of fees apply to all generations of working-age military. NMFA argued that the grandfather provision added more complexity to the health care system and could deprive patient care of needed resources.

NMFA still sees grandfathering as “a bad idea,” said Karen Ruedisueli, its deputy director for government relations. “But simply eliminating it is not the solution. The fee increases imposed on new entrants are excessive, particularly when you think about the cumulative impact of higher visit copays, pharmacy copays, retiree enrollment fees and the new non-network deductible.”

“To gain our support, the elimination of grandfathering would have to be part of a larger provision including more appropriate out-of-pocket costs for all military families,” Ruedisueli said.