Combined Federal Campaign kicks off with some sweat 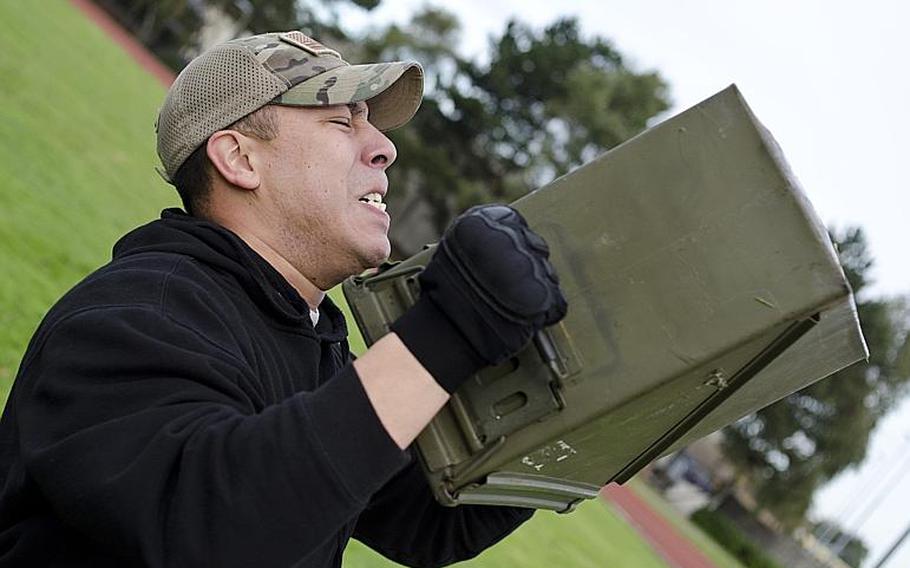 RAF LAKENHEATH, England – The Combined Federal Campaign’s yearly fundraiser got a boost this year from the sweat of some airmen earlier this month.

Nineteen teams signed up for the CFC Combat Fitness Challenge at RAF Lakenheath, England. People sponsored the teams with money, which went toward the campaign.

This is a preview of photo gallery content that is currently available to Stars and Stripes Tablet Edition readers. Subscribers enjoy first access to the latest feature stories, exclusive photo galleries and more. The iPad app offers a free 7-day preview and then three convenient and low-priced subscription plans. Read more about the Stars and Stripes Tablet Edition or download it for free from the App Store today.