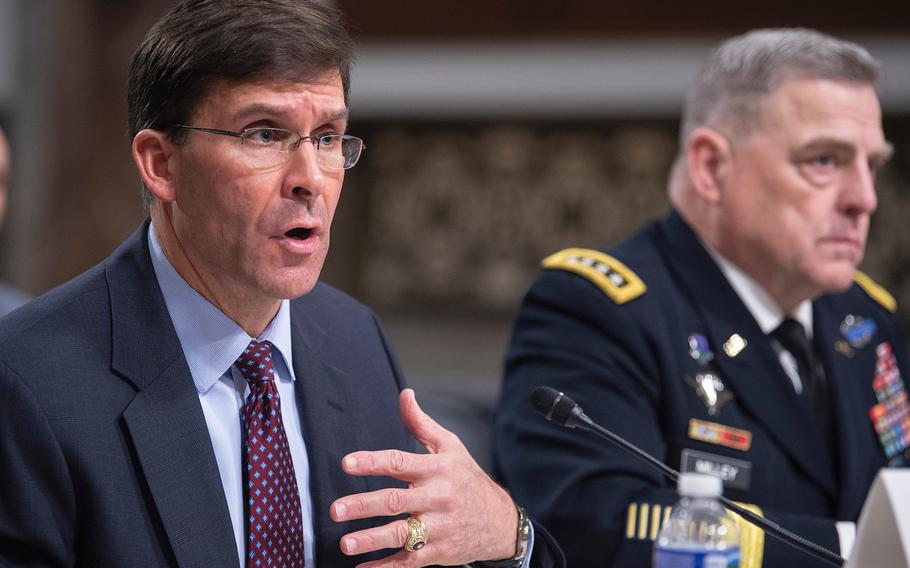 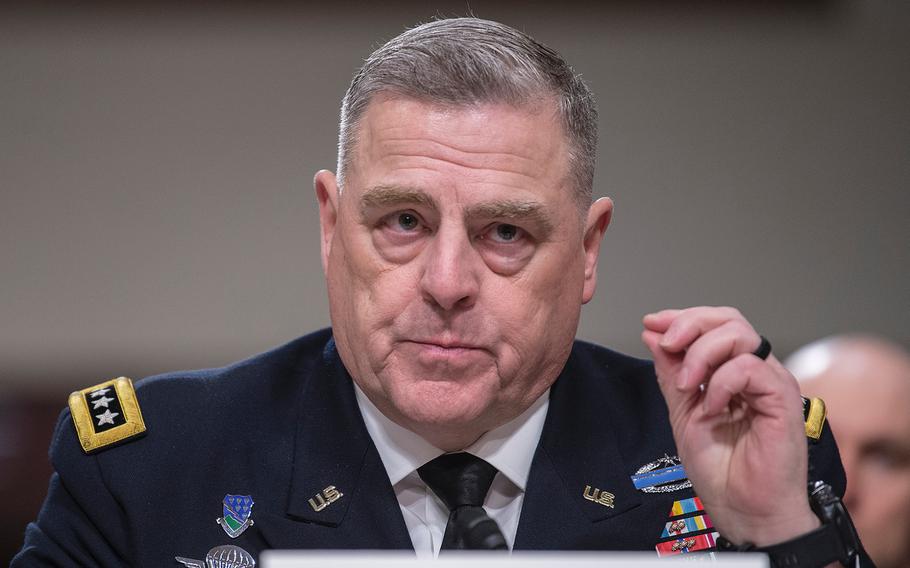 WASHINGTON — More than half of the Army’s brigade combat teams have achieved top levels of preparedness to fight a major ground war, the service’s top general said Tuesday, noting only three brigades were considered fully prepared to fight in 2015.

Army Gen. Mark Milley, the service’s chief of staff, characterized that common measure of the Army’s combat readiness as a “significant improvement.” Nonetheless, he told members of the Senate Armed Services Committee that the service remained a few years away from achieving the combat readiness goals that he believes would be necessary to fight a major war with a near-peer competitor.

“If we are serious about Russia, China, and what’s in the [National Defense Strategy] with North Korea, Iran and the violent extremists and terrorist organizations, our assessment is that of [the Army’s] 58 brigades, 66 percent in the regular Army and 33 percent in the Guard and Reserve … must reach the highest levels of readiness,” Milley said. “We can reach those goals some time in 2022.”

The general and Army Secretary Mark Esper were before the committee Tuesday to defend the Army’s $182.3 billion fiscal year 2020 budget request.

Milley assessed about 28 of the Army’s brigades had achieved those readiness goals. In March 2018, he testified just “more than five” brigades were prepared to fight at such a level.

In his testimony Tuesday, Milley did not provide a breakdown of how many of the 28 fully prepared brigades were active duty versus reserves. The active Army includes 31 brigade combat teams, while the remaining 27 are National Guard or Reserve units.

Neither Milley nor Esper provided a specific reason why they believed the service was able to improve the readiness of its brigade combat teams, but they thanked senators for the increased funding that the service has received in recent years.

Officials have credited the Army’s creation of Security Force Assistance Brigades for helping improve readiness, because those new units are focused specifically on training-and-advising operations, leaving regular brigades to prepare for large-scale combat operations. The Army also has increased the amount of time its combat units spend training in recent years.

Milley, who is expected to become the chairman of the Joint Chiefs of Staff later this year, warned the service needed sustained high-level funding in 2020 and future years to reach its readiness goals by 2022.

“We recognize in the Army … we are a very, very expensive endeavor, but there is one thing that is a lot more expensive than what we do on a day-to-day basis, and that’s having a war,” Milley said.

He told senators that funding the Army and the other military services at the levels they have requested — the Pentagon is seeking $718.3 billion for fiscal year 2020 — would deter potential adversaries from challenging the U.S. military.

“By making sure that we have a large, capable, competent, excellent military that is dominant on any field of battle — that goes a long way towards telling any potential adversary, ‘Don’t mess with the United States,’” Milley said. “If we underfund that in the future years … that, I think, provides opportunity and encourages aggression by any potential adversary.”