Coast Guard members could get paid as early as Tuesday 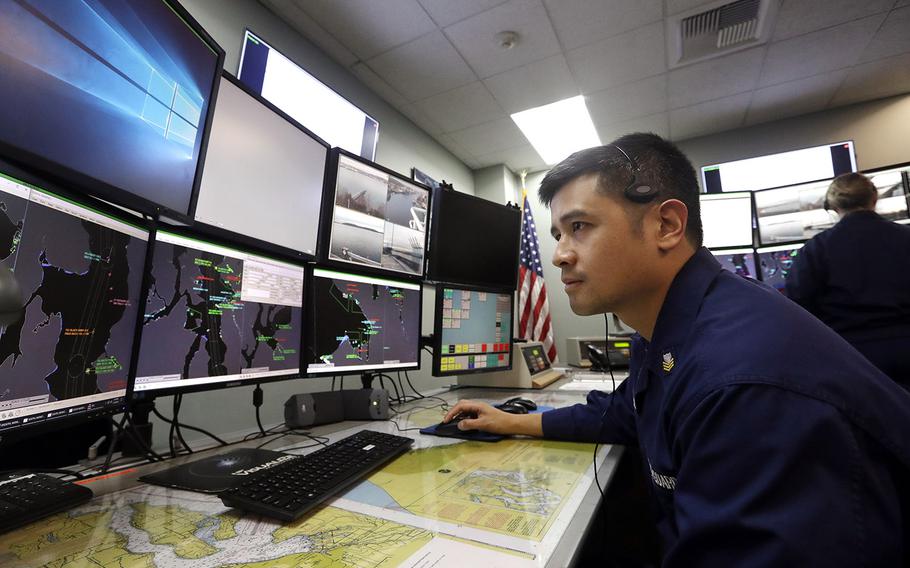 Coast Guard members can expect to see their missing paychecks as early as Tuesday, according to Adm. Charles W. Ray, vice commandant of the service.

The Coast Guard Pay and Personnel Center worked through the weekend and secured after-hours support from the U.S. Treasury office to process pay missed during the partial federal government shutdown as quickly as possible, Ray wrote in the letter posted Sunday to the Coast Guard’s All Hands website.

These paychecks, which should arrive in bank accounts no later than Wednesday, will include mid-month pay. Regular end-of-the-month checks should be delivered Thursday. Retirees should expect scheduled pay Thursday as well.

“The commandant and I are acutely aware of the challenges you and your families experienced over the past five weeks and are anxious to reconstitute our total mission ready workforce so we can heal and move forward,” Ray said. “We recognize that missing paychecks and the overall uncertainty during the lapse in appropriations resulted in hardship and concern for our military and civilian workforce. It is our top priority to ensure that all pay is available as soon as possible.”

Civilian workers should expect a single lump sum deposited by Thursday for the pay periods of Dec. 21 through Jan. 5 and Jan. 6 through Jan. 19, he said.

The Coast Guard’s 7,400 furloughed civilians were expected back to work Monday.

President Donald Trump closed out last week by signing a three-week temporary funding bill to end the 35-day government shutdown – the longest in U.S. history. The deal to reopen the government expires Feb. 15, with the president stating that at that time he might shut down the government again if he doesn’t have funding for a wall along the U.S. border with Mexico. His other option, Trump said, is to declare a national emergency and draw money from other portions of government budget, including the Defense Department, to fund the wall.

Friday’s deal sent agencies impacted by the shutdown scrambling to get backpay out to their employees and call furloughed workers back this week. About 800,000 federal workers were impacted, including the nearly 42,000 Coast Guard members.

The Coast Guard was the only military branch impacted by the shutdown as it falls within the Department of Homeland Security instead of the Defense Department, which remained funded during the shutdown.

These are the first paychecks for these servicemembers since the Coast Guard was able to find the funds to pay everyone on Dec. 31.

“I continue to be amazed and inspired by your dedicated service,” Ray said. “We are truly strongest when we have our entire total mission ready workforce together.”

About 2,100 civilian employees worked alongside Coast Guard members during the shutdown, continuing to perform mission essential tasks without pay. Commandant Adm. Karl Schultz posted a letter online Friday and commended all members of his workforce for remaining dedicated to service during the uncertainty of the shutdown.

“You either ‘Stood the Watch’ or enable another Coast Guards[member] to stand the watch, buoyed by knowing that our furloughed civilian colleagues held you in their thoughts and prayers while they dealt with different challenges and emotions,” he said.